The roads being apparently too icy for the bicycle this weekend, Gail sent an S.O.S. call to her Cycling WhatsApp group. 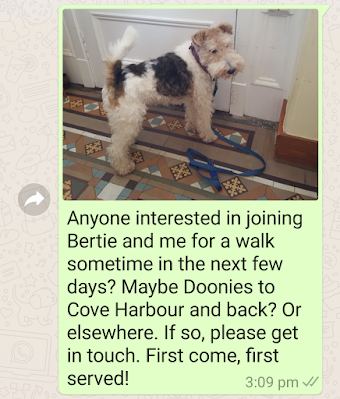 I am delighted to report that Heather answered the call, and a rendezvous was arranged for Saturday morning. 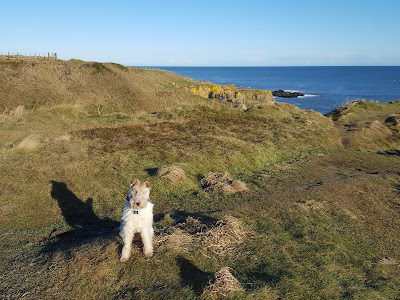 But before showing you more photos from the walk along the coastal path, I need to issue a trigger alert.
THIS POST CONTAINS IMAGES OF PALE AND GOOSE-PIMPLED HUMAN FLESH. (THOUGH THANKFULLY NOT IN HIGH DEFINITION...)
But first we chanced upon two other friends, out for a run, and they paused for a socially-distanced few words. Feeling sprightly, I wanted to join them running, but was reined in. 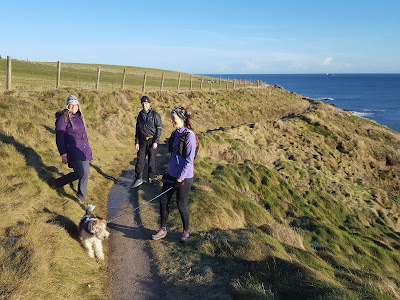 So Heather, Gail and I proceeded as planned to Cove Harbour, where I do believe that my compliant posing was used as a front for Gail to zoom in on a small party of swimmers. 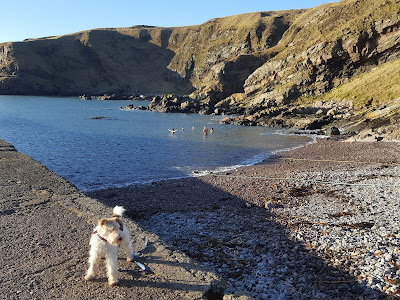 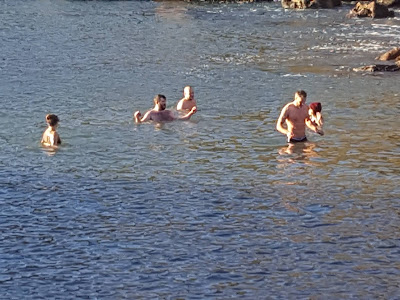 Readers, the sea temperature in these parts is currently around 7ºC. And on Saturday morning, despite the sunshine, the air temperature was only a smidge above freezing.... 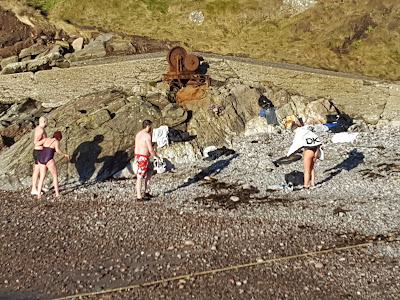 Rest assured I kept all four paws on solid ground. As, thankfully, did Gail and Heather. 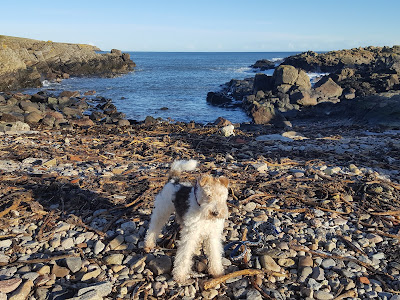 But still I am worried that all the humans are going a little crazy just now...
Posted by WFT Nobby at 06:00