If not Torridon then Torry... 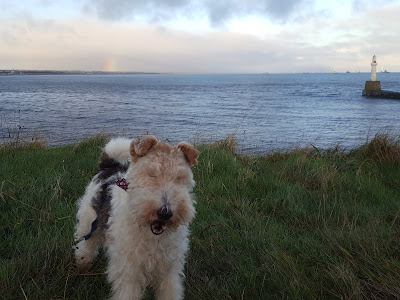 Our Torridon cottage in the NW Highlands is undergoing renovation - still far from complete - and is anyway out of bounds right now due to Covid travel restrictions.

Since we can't spend time amid the peaceful mountains and lochs of the Torridon area, I suggested to Gail the other day that we go exploring its near namesake, Torry - a district of Aberdeen just a hop, skip and a jump across the river from where we live.

Gail raised her eyebrows at the idea that Torry would be a satisfactory substitute for Torridon, but she decided to humour me anyway and off we trotted.

We approached Torry via the harbour and the golf course. So far so good. 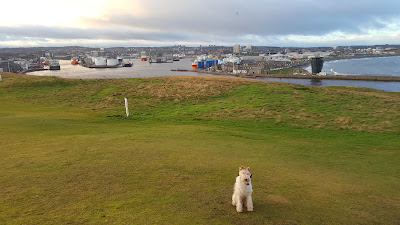 But on the hill overlooking the golf course, the sight of these grim apartment blocks, calling to mind Soviet style Khrushchyovka, did not bode well. And altbough to me, the local aroma of waste treatment plant blended with wholesale fish operations was actually quite appealing, Gail disagreed. 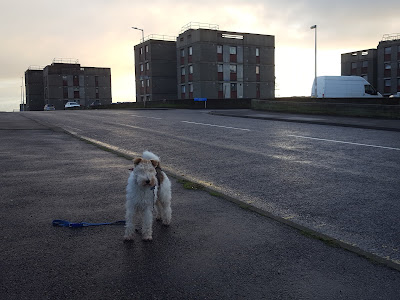 Further down the main street, the brutal 1960's buildings gave way to tenement housing, so typical of an earlier era in Scotland. Perhaps the scene would have looked more cheerful on a sunny summer day. 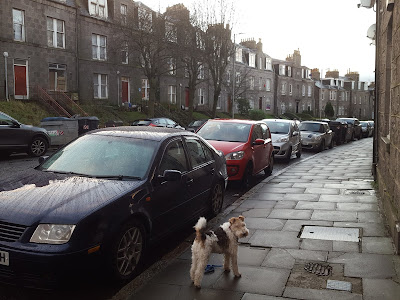 We reached the shops, and discovered the source of the many Tyskie and Zywiec beer cans we'd earlier seen littering the path by the harbour. 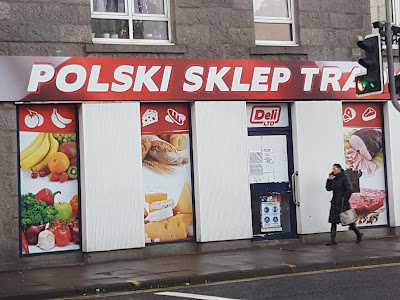 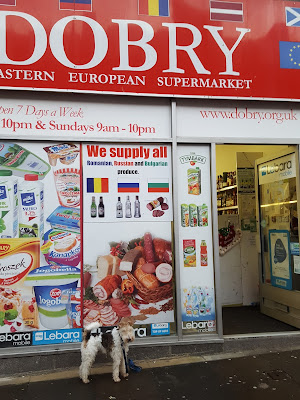 Disappointingly, Gail did not venture inside to buy me some Polish sausage, and when we found a more traditional Scottish food outlet, it was closed. 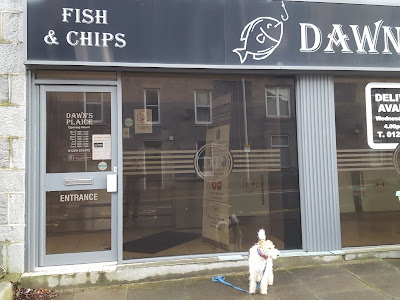 I was starting to think Gail was right to be sceptical about the attractions of Torry, but then, quite by surprise, hidden away on a back street between the shops and the harbour, we came across a couple of rows of old fishermen's cottages, all gaily painted (a most welcome splash of colour amid the all-pervasive Aberdeen grey) and we decided the expedition had been worthwhile after all. 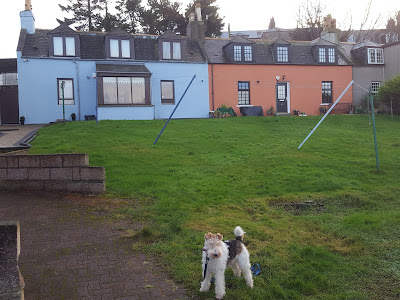 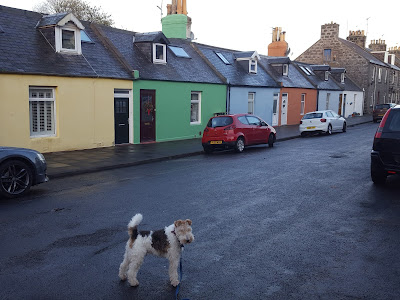 And for those of you who love a map... our route, 4.8 miles, is marked by the yellow line. 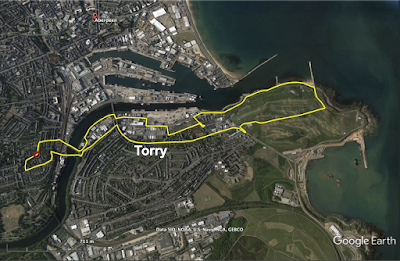 PS This post is especially for our dear blogging friend YAM-Aunty. She knows why!
Posted by Bouncing Bertie at 06:00