Bertie ponders Britain and the EU... 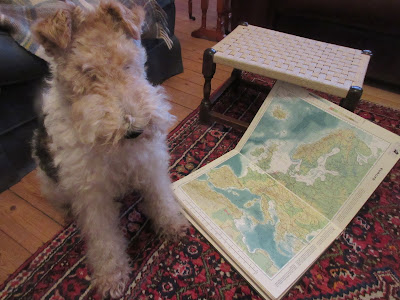 Hmmm. Brexit then? Almost an anagram of Bertie, you'll note.

Gail pointed out that, in advance of the June referendum, all self-respecting media commentators in the UK have been pontificating on whether Britain should "stay in Europe" and she suggested I should do the same.

Wearing my Boffin hat, the first thing to say is that, barring the unexpected and sudden appearance of an oceanic spreading ridge down the middle of the English channel, Britain is and will remain geographically part of Europe, at least within the time scale normally considered in this blog. The question is of course is about economic and political relationships.

To be honest, the pros and cons of UK remaining 'in' are somewhat beyond my pay grade. I tried Googling 'EU + dogs' but the search results were dominated by rants about puppy farms in Lithuania, sad indeed but not strictly relevant here.

So I decided to investigate the attitudes to dogs of various prominent human participants in the EU debate.

I confess to being disappointed that Mayor of London and recently declared 'Outie' Boris Johnson, although himself often acting like an overgrown and attention seeking puppy, appears to be disinclined to pose for photographs alongside my own species (fearful of being outshone, one suspects). More understandably perhaps, one leader of the 'In' campaign, former postman Alan Johnson - no relation to Boris - also seems wary of my kind.

But what to make of the fact that Europe's most powerful woman Angela Merkel, although undoubtedly pro Britain staying 'in', is distantly anti when it comes to any kind of canine companion - especially one belonging to Mr Putin? 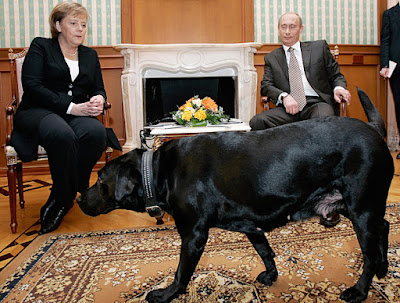 Ms Merkel's ally, our own UK Prime Minister, was in his early days as leader known for 'husky hugging' but his credentials as a dog lover were somewhat dented when he very nearly dropped a wriggly terrier puppy on a fraught visit to Battersea dogs home. 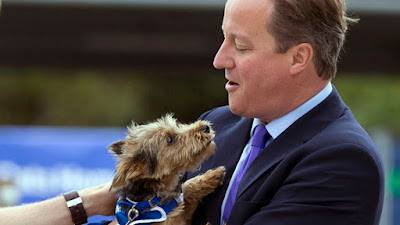 Back to the Brexiters, I finally struck gold with Michael Gove, perhaps the most senior Tory MP to declare he wants 'Out'. 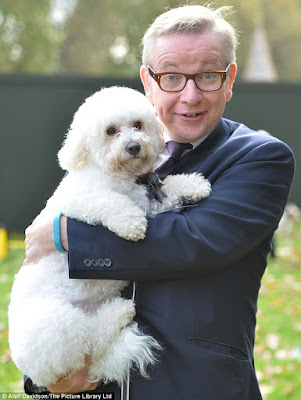 Who could not love a man so unembarrassed to be photographed embracing his much adored powder puff Bichon Frise, Snowy? Isn't she cute? Surely her owner must be a man of sound judgement? And what's more, he comes from Aberdeen! Yes I think I am convinced. Bertie for Brexit it is!

Oh. Gail is giving me a disapproving look and saying something about reduced treat rations and no more help with the blog unless I change my mind.

They said this was going to get nasty… 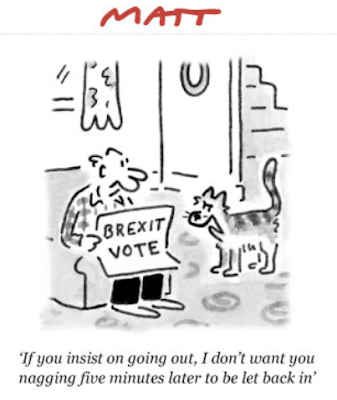