Please be aware it was Gail who proposed the title for this post.

I was shocked at her suggestion.

Gail, I said, that is no way to refer to your friend Amanda and her sister Fiona. I mean I know they are twins and all that, but they are really nice, and not at all terrible.
Can you believe that by 'Terrrible Twins' Gail actually meant me and my pal Horatio (whom loyal readers of this blog have encountered before)?

We - that is Amanda, Horatio, Fiona and Mark, Gail and I - met up in Ballater on Easter Saturday morning for a walk up nearby Pannanich Hill. 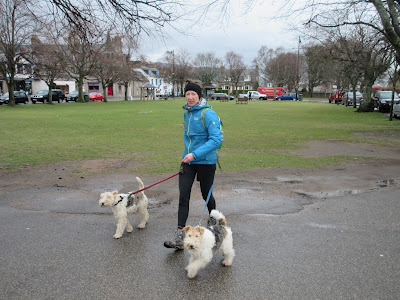 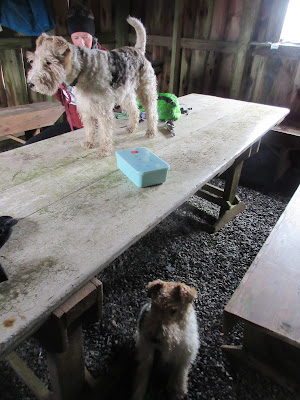 I still cannot believe that such shocking disregard for meal time conventions was met with a reward... 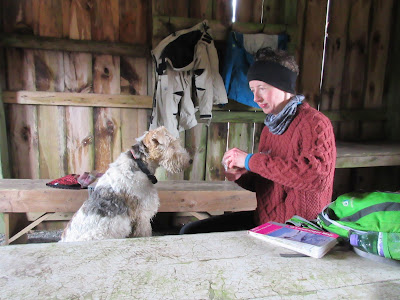 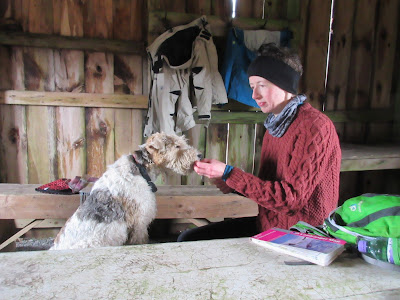 And that's not all. When everyone was cold and wet at the top of the hill, it was Horatio who held us up for ages, cavorting in a tiny patch of snow like a thing possessed. 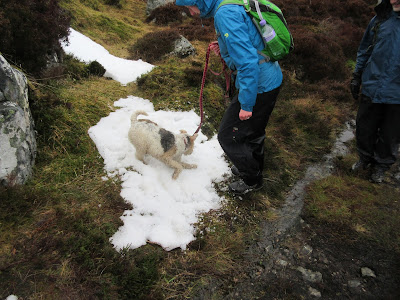 As we descended again into the woods we heard some gun shots in the distance and Horatio stood stock still like a statue and refused to shift. In the end Amanda had to pick him up and carry him part of way back. 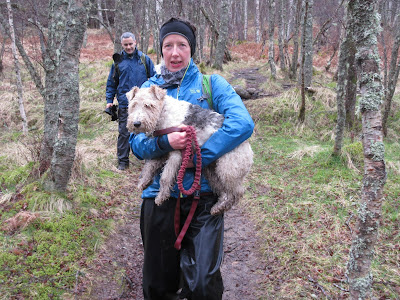 Twins indeed. It is embarrassing enough that we are the same breed. 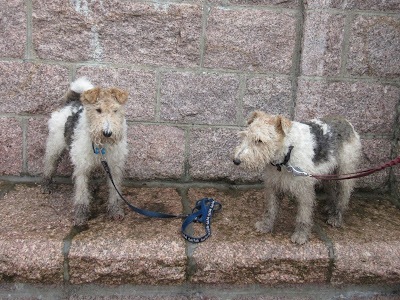 Posted by Bouncing Bertie at 06:15