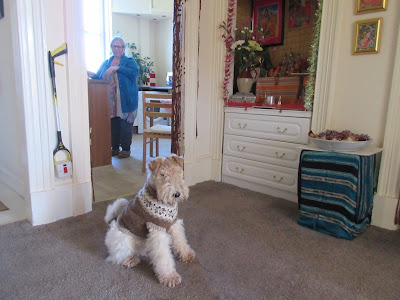 No soon as we'd returned from a magnificent couple of days with Aunty Yam in Dunoon than Gail was cracking the whip.

"Now Bertie it is time for you to be thinking seriously about your application to be Scotland's AmbassaDog. I'm sure that we can reference some of this weekend's adventures in support of the application. Perhaps you would like to share your thoughts on your first ever journey on a car ferry for example?"

Well I must confess I was a little apprehensive about this particular new experience. 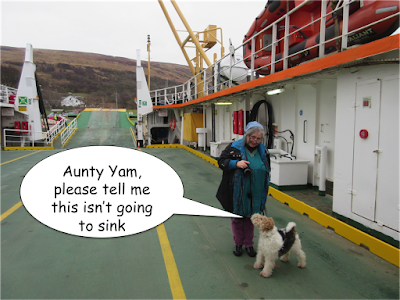 Aunty Yam assured me we'd be on dry land again before you could say "roll on roll off" and it turned out she was right. But I have to say I was mighty pleased to place my paws on the solid ground of the Isle of Bute. 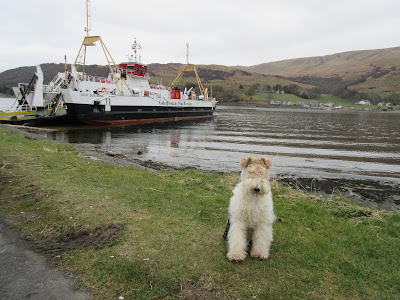 Now Gail is suggesting my friends might like to see the photos of my trip to Ettrick Bay, Bute, where I had fun with a new wee pal called Winnie. 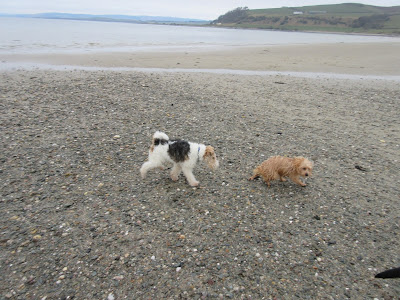 And no, Winnie was not running rings round me. That video gives a totally false impression.

Some times I think Gail has no idea at all. Why she would think that watching the rugby on telly constituted any sort of highlight when MY (and Aunty Yam's) team Scotland lost to Ireland, and then we had to sit through some tedious contest involving England and France, which I slept through so don't quite remember the result….. 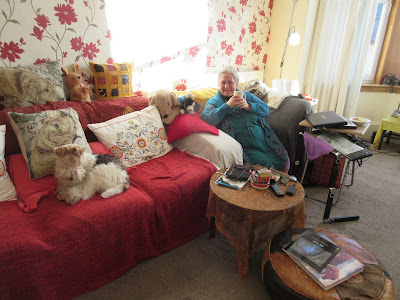 Well I am fast losing patience with Gail. Really, she is being a hindrance rather than a help with this AmbassaDog application thing. But to humour her, I asked her to choose the photos from this weekend that she thinks would most likely have my readers booking their flights to Scotland the minute they've finished reading the post. 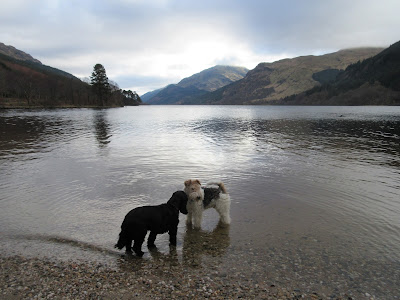 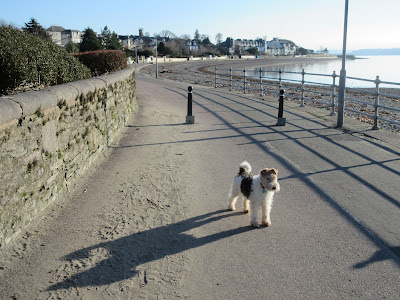 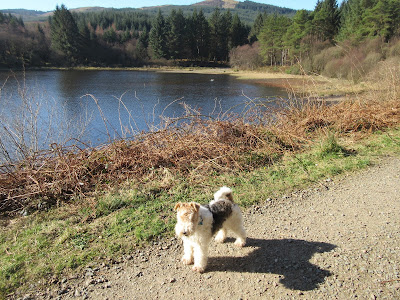 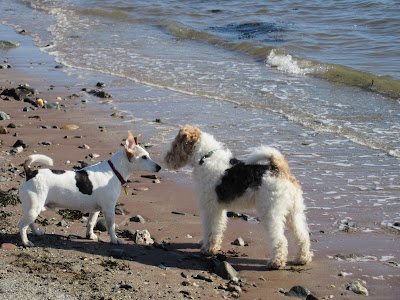 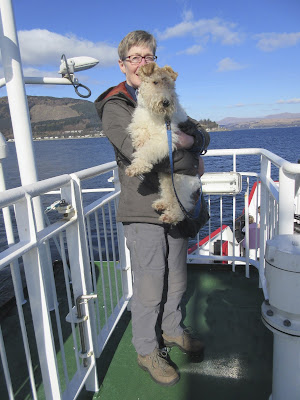 So those are Gail's selections.

I CANNOT BELIEVE GAIL HAS LEFT OUT THE MOST THRILLING PLACE WE VISITED BY FAR!

Have you ever heard of the world famous Public Conveniences in Rothesay? 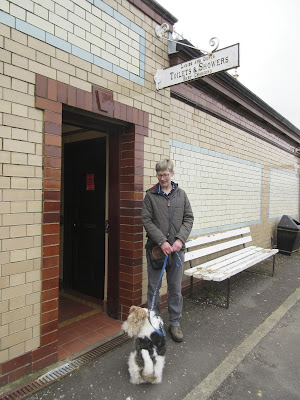 It costs a mere 30p for a tour round the most spectacular and beautiful men's urinals this land can boast. 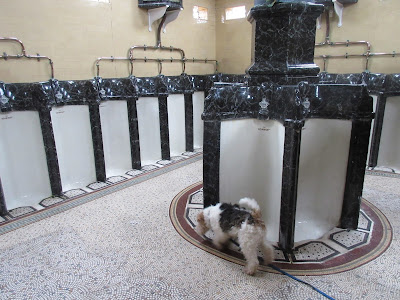 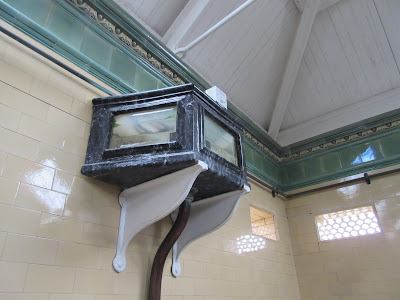 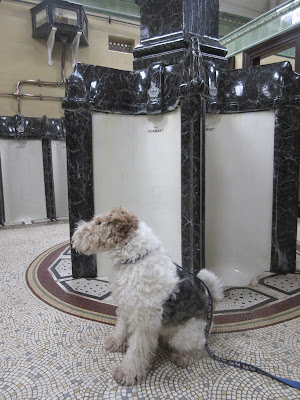 Aren't they simply splendid? The marble, the polished brass, the glass cisterns. A must-see for sure.

And to think that next morning Gail was expecting me simply to cock my leg against some boring old tree again... 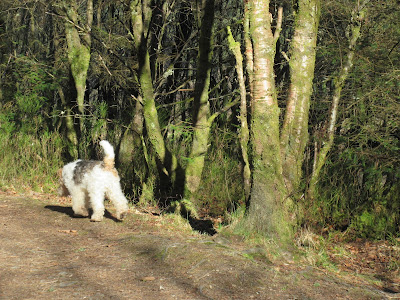 What is that, Gail, about this whole AmbassaDog thing being in danger of going pear shaped?