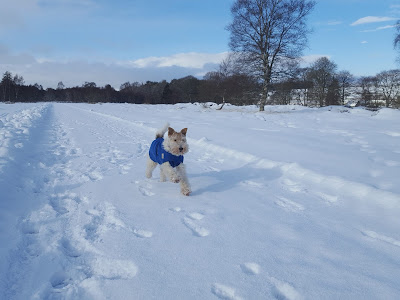 Over the years, the pharmaceuticals industry has developed a bad reputation.

And yes, I'm all too familiar with the various criticisms of the way drugs companies operate. Many are valid. But today I wish to take a moment to state my appreciation of the dedicated scientists engaged in researching and developing treatments which genuinely improve length and quality of life for so many.

Why this topic? Why now?

Quite simply, I am beyond thankful that my beloved companion Bertie is sitting on my lap as I type, contentedly resting after a lively two hour romp in the snow, free of any obvious symptoms of the bladder cancer diagnosed back in September last year. At that time I was more or less told to expect the worst, and soon.

But since then, he has confounded expectations in every way that I can think of, and all the evidence points to the Previcox tablets he has been taking once a day ever since his diagnosis being responsible for the improvement in his wellbeing.

Are the tablets a cure? Assuredly not. Have they shrunk the tumour? Just possibly. Is my dog more comfortable and happier than he was six months ago? Most definitely, at least for the moment.

I readily admit that my attitude to pharmaceuticals is biased by my background. My father worked his entire career for Boots the Chemists at their Nottingham HQ, initially as a development chemist and later as a senior manager. It was there that he met my mother, who was working as a Personnel Officer. In later life my mother often said that moving to Nottingham to take the job at Boots was "the best decision I ever made"! Among my father's many fine colleagues was the man credited with 'discovering' ibuprofen (Advil to my friends in the U.S.)

Not everything that happened at Boots was good. Their record on using live animals in research is something we would now condemn. But with the world still in the throes of the Covid-19 pandemic, I also feel the time is right for a word of praise for the experts in chemistry, pharmacology, virology, immunology, genetics etc. who have been working night and day to develop life saving medications and of course vaccines for humans.

And then there is dear little Bertie. 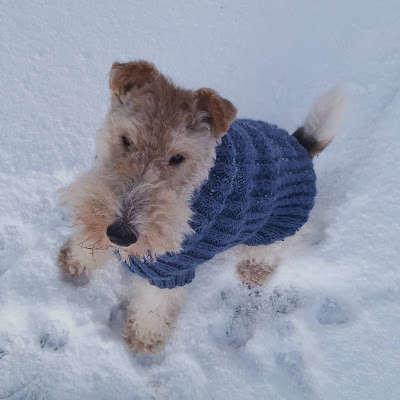