So Gail and I were doing a wee circuit of the neighbourhood the other afternoon when we ran into our friends Martin and Freda.

Freda has been shielding and only now that she's had her vaccine is she starting to venture out and about. She and Gail had a long chat.  A very long chat in fact, and to be honest most of it passed me by as I focussed on sniffing the base of a nearby lamppost.

But my flappy little ears did prick up when I heard Freda (who is a keen amateur artist) remarking on my extreme handsomeness and then saying she's been experimenting with drawing animals and she'd like to try a sketch of 'Bertie in repose'. She asked could Gail perhaps send her some photos as a starting point.

Freda said she'd requested the same of another friend and commented, with a note of surprise in her voice, how this friend had emailed her twelve images of her wee Jack Russell terrier Freddie.

Well I was surprised too. I mean twelve images seems scarcely enough, I would have thought. Why then did Gail reply thus? "Don't worry Freda, I won't send you that many".

Below are the six (yes, a mere half dozen) photos which Gail sent Freda. 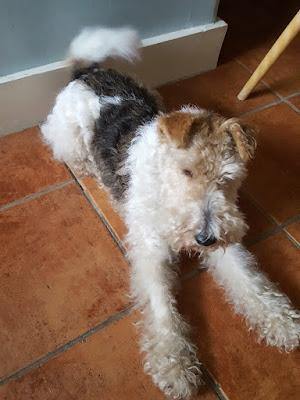 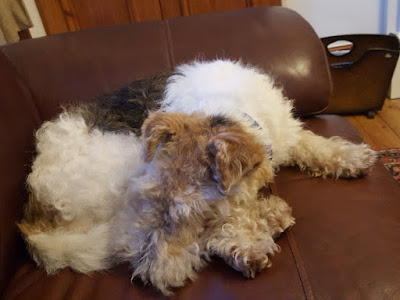 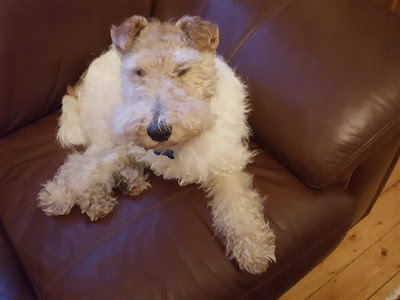 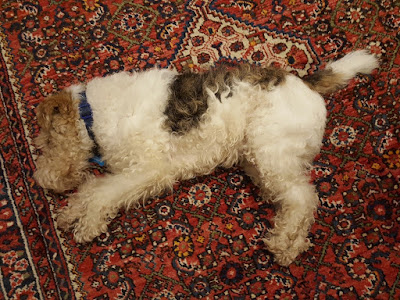 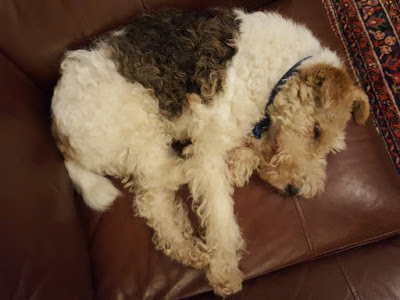 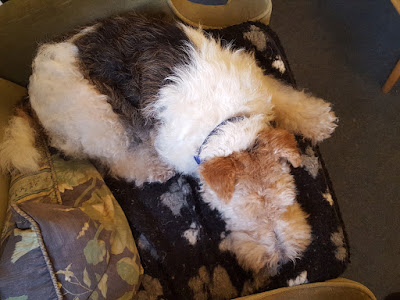 I am hoping I get to see the final result of Freda's endeavours.

And of course, if none of the above images provides the necessary inspiration, we can always send her a few hundred more...