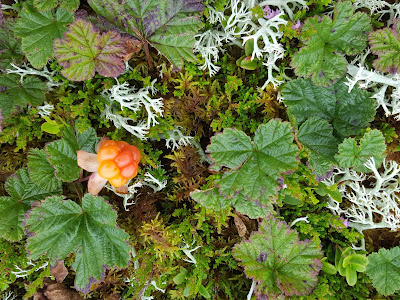 Sometimes, in the face of weakening resolve, our humans need a bit of gentle persuasion, don't you find?

On Saturday morning Gail announced that she thought the cloudberries near the summit of Morven (our favourite Aberdeenshire hill) would be ripe and it was time to go for a forage.

But when we reached the parking area, rain was splattering against the car windscreen, the top half of the hill was hidden under a thick blanket of cloud, and Gail came over all hesitant, muttering something about maybe a lower level walk, and picking raspberries instead.

Well I just gave her a 'look', which she correctly interpreted as saying:

"Raspberries are easy to find, and really not special at all. And by the way, the clue is in the name, CLOUD-berries. I think we should ascend as planned."

The rain ceased shortly after we set off up the narrow steep path through the heather. We met no other humans. The rounded summit was alive with ptarmigan and mountain hare, although when I moved to make a meal of one (no longer living) hare, Gail firmly pulled me away, asserting, "I didn't mean that sort of foraging Bertie!"

I'll admit I'm not the most patient of berry picking companions, especially when kept on a lead because of poor visibility and enticing wildlife. But eventually Gail located enough ripe cloudberries to serve as an accompaniment to her home made 'no-churn' ice cream when her friends John and Françoise came round for dinner later in the day.

So all in all it was a highly successful outing, and I think Gail is now grateful I had earlier given her that 'look'. 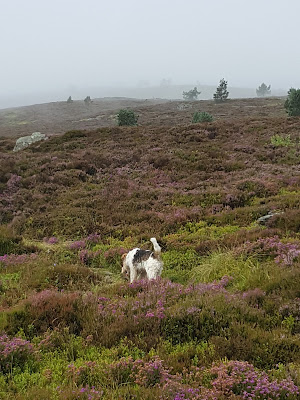 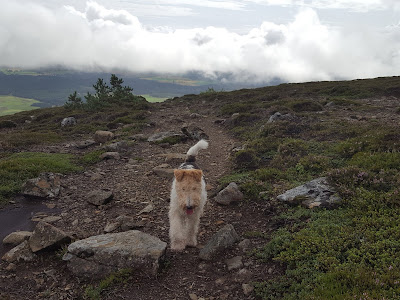 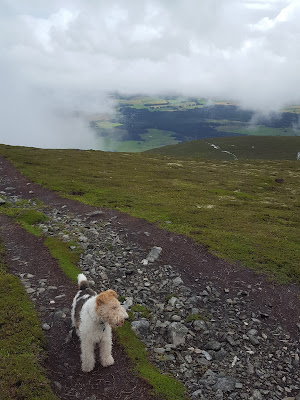 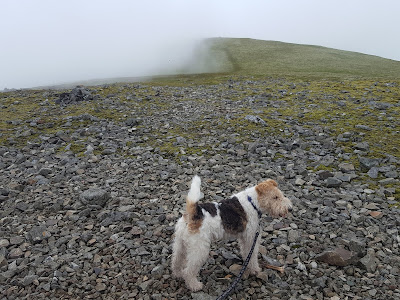 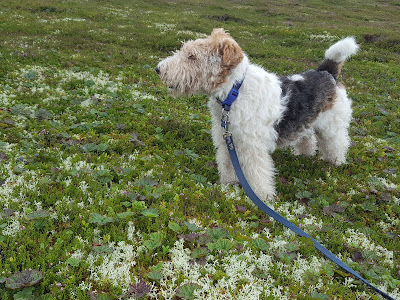 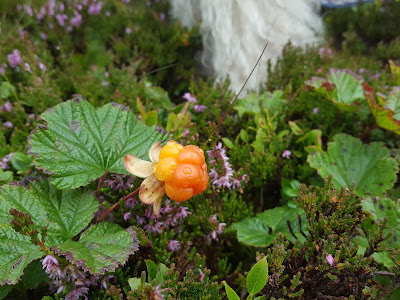 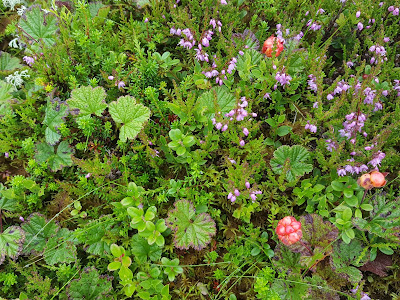 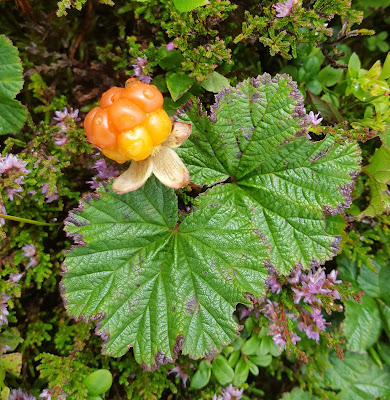 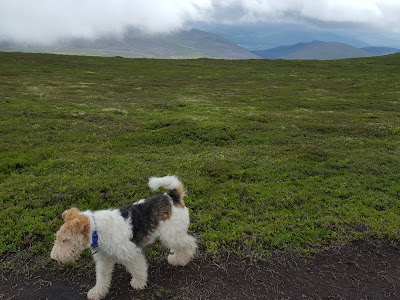