Sheep Shenanigans with the Suffolk Stupenda

Who knew a SHEEP could be such a drama queen?

Let me tell you about the goings on at Banchory Show this weekend.

So Gail and I arrived at the main arena in time for the judging of the 'Cattle, Sheep and Horse Champion'. 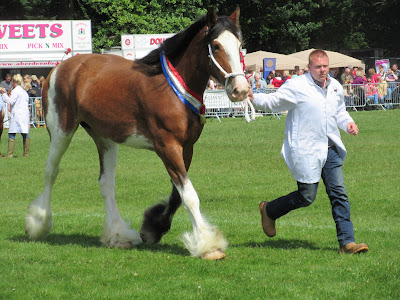 First into the ring trotted a most handsome Clydesdale, understandably voted the show's top horse.


He was shortly joined by a rosette laden and deliciously beefy example of the bovine family. 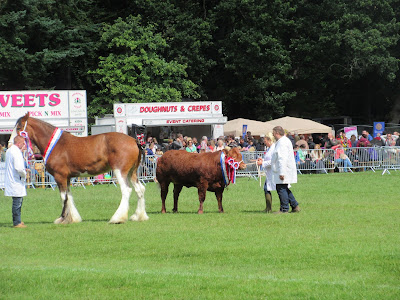 But where was the sheep?

The judges conferred anxiously and, by loudspeaker, reminded the sheep that her presence was required. 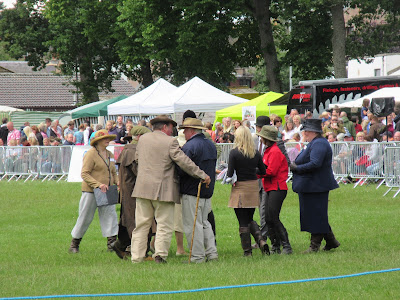 But a diva knows that to keep her public waiting is part of the performance.

After several more minutes a quad bike towing a trailer slowly drove into the ring... 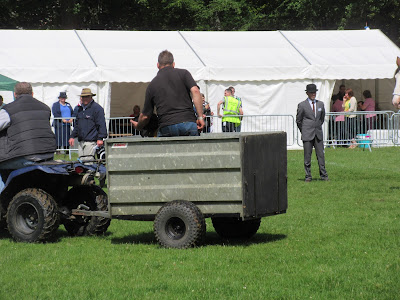 ...and, amidst much kerfuffle, an ORANGE coloured Suffolk sheep finally emerged. 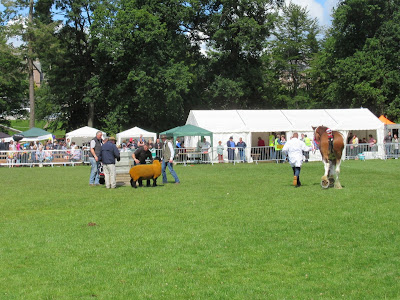 She stood there patiently while her human entourage knelt down to place her hooves in the correct position. 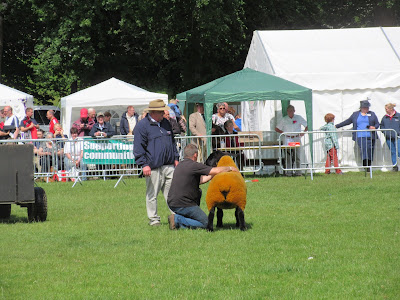 Now talk about high maintenance. I mean, even the 'Best in Show' types at Crufts don't DYE THEIR FURS!

I can just imagine what my rugged Shetland sheep pals in Torridon would have to say about her...

Well I know you'll all be wondering which animal won overall, but I can't tell you 'cos at this point  I was distracted from the judging by a cheeky wee foxy called Blaze. 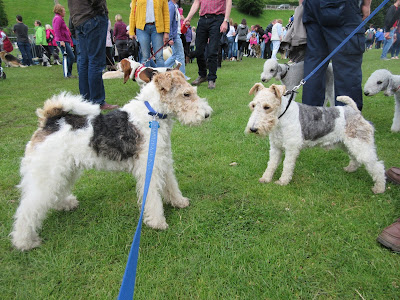 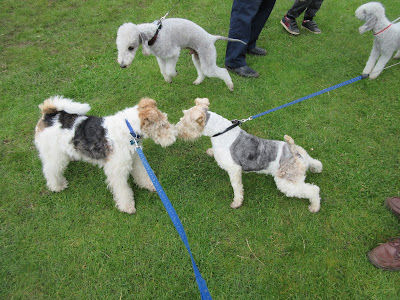 Blaze, we learned, comes from Granddach Kennels like me. You'll notice his tail is docked. At nine years old, he was born just before a total ban on docking dogs' tails was enforced in Scotland. 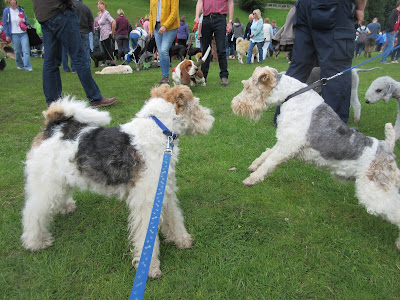 Quite a feisty chappie I must say, although I'm really not sure why Gail kept muttering "two of a kind all right"...
Posted by WFT Nobby at 17:00