Medium, but in no way average 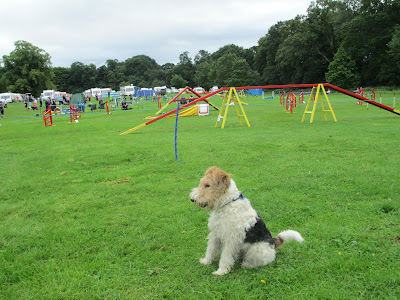 Gail's face burst into proud smile when the 'measuring lady' told her that, as I stood on the table being gently persuaded into the correct stance.

I haven't lately said much about my agility club activities have I? Truth to tell, Gail and I are not the most dedicated and committed members of the Deeside Dog Agility Club. So some weeks we go along to training, others we do not.

Now Gail is being encouraged to enter me into local events, although I have not yet mastered the see-saw and am far from convinced that there is a point to weaving along a line of poles. But anyway, as a first step, it was decided on Saturday that we would drive down to Camperdown Park in Dundee, where an agility show was taking place all weekend, and I could be 'officially' measured and logged into the system.

As you can see, there was a long queue of dogs waiting to be measured. 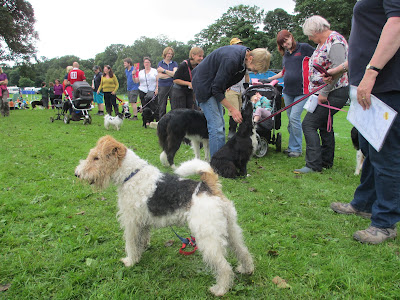 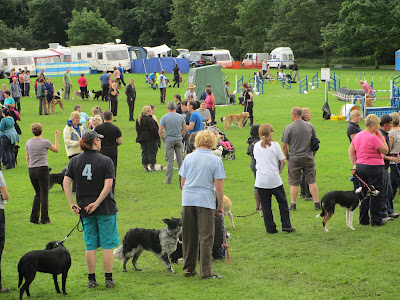 And if you are thinking, gosh Bertie, that all sounds quite a palaver, then I would say, you might be onto something there.

Well, for the record, I stand precisely 42 cm, or 16 1/2 inches, high at the withers. In agility terms, that means I'm classed as 'medium', despite the fact that in every other area of endeavour I am clearly well above average.

Gail made me watch some other dogs perform, which was supposed to inspire me. "Look Bertie, see how the dogs all jump over the hurdles rather than running under them...." 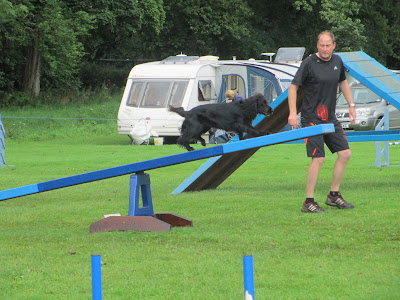 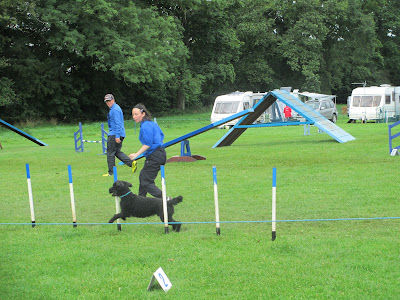 Well, if by inspiring me Gail meant instilling the thought that "I could at least do better than that", then I guess the process was to some degree successful.

I mean, one German Shepherd wasn't even walking round the course, much less running, he was taking it all at a slow amble. Then there was the Collie who climbed back and forth over the 'A' frame three or four times.  Not to mention the handler who stumbled, fell flat on his face AND incurred ten penalty points for his dog by knocking over the jump as he went down...

Well all this was very interesting, but with Gail too mean to pay for any of the  extra-curricular activities on offer... 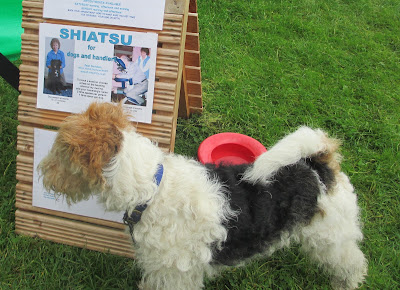 ... and the weather threatening to turn typically Scottish... 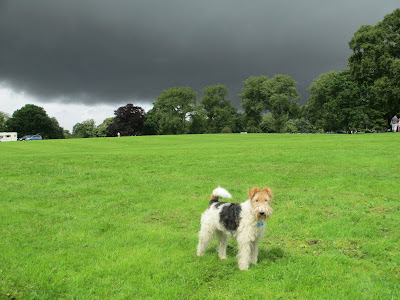 ... we decided to call it a day and head home with my newly acquired Kennel Club Agility Record Book. 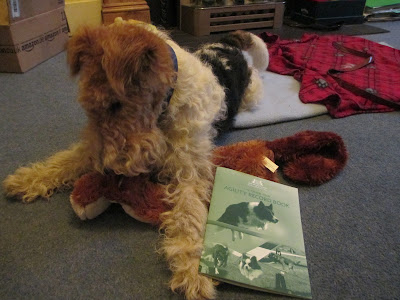