A walk in Sherwood Forest and a Robin Hood fantasy 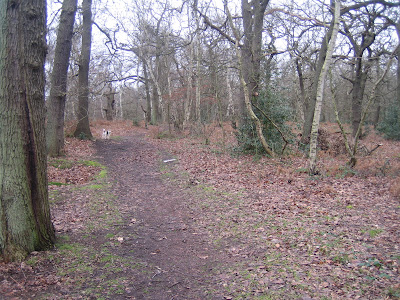 As you know, I spent the Christmas and New Year holiday in Nottingham.
Now I’ve already told you about my role in trying to lift Human Grandad's spirits. Well between you and me, by the end of the trip Gail needed a bit of cheering up too, and not only on account of losing heavily to Daniel on the Wii.
So anyway, I decided to take her for a reviving walk in Sherwood Forest before we returned to Aberdeen. 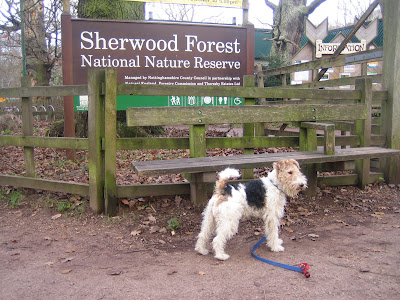 We went to see this huge and ancient tree, ‘The Major Oak’, where Robin Hood is supposed to have hidden from the Sheriff of Nottingham all those centuries ago. 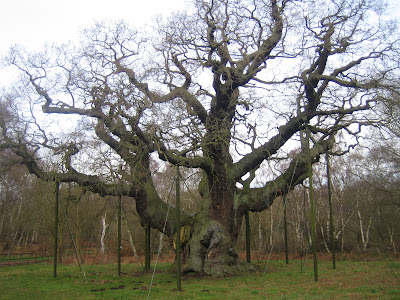 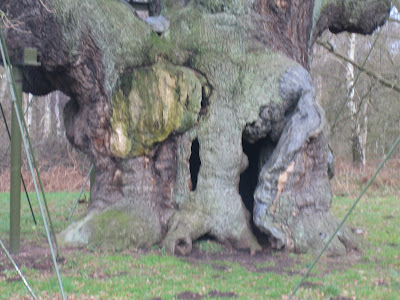 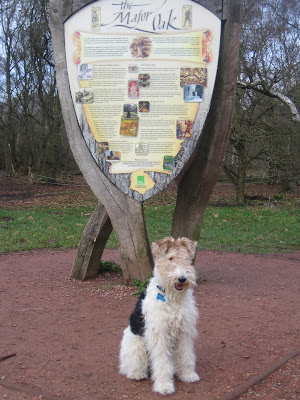 Oh I just loved it there in the forest, sniffing gnarled old oak trees, romping around grassy glades, admiring the novel waymarking posts, and milking the attentions of other visitors. 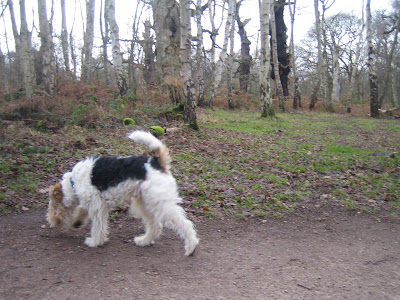 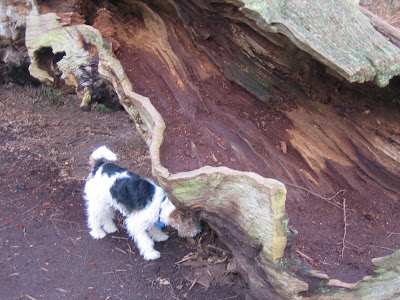 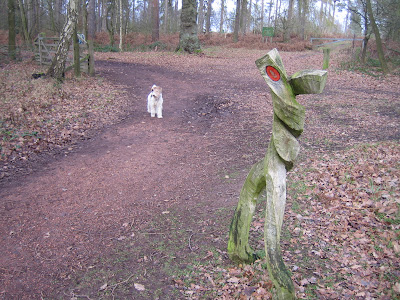 This famous 'greenwood' was wearing its winter suit of brown, but Gail looked all rosy cheeked and happy again after our splendid outing.
Now that I’m back in Scotland I’ve been reading up all about Robin Hood and his Merry Men and my imagination has been running riot.
Oh how wonderful it would be if Gail and I could decamp together back to Sherwood and lead a new band of outlaws. I could be 'Little Bertie' to Gail's 'Robina Hood', and I'd roam all day in the forest while Gail honed her archery skills (last practiced on a bow and arrow won by her brother at Goose Fair circa 1967...) We would sleep on a soft bed of moss under the broadleaf canopy, launch daring raids on wealthy bankers travelling up the Great North Road with their bags of gold, and use the money to help the poor and vulnerable. I am sure that a latter day Friar Tuck (Giles Fraser?) would bring us some ale to keep us merry, and I would even be prepared to wear a coat of Lincoln green should circumstances require it...
Well blow me down with a feather.
Gail is staring out of the front window, onto our grey and chilly Aberdeen street, and she's muttering: "You know what Bertie, for once that isn't such a stupid idea of yours".
Posted by Bouncing Bertie at 06:03