You'd think it would be safe to allow your human a night out once in a while, to go to the movies, for example. I'm cool with that idea. I'm a big pup now and don't mind being 'home alone' for a couple of hours. I understand that sometimes Gail thinks she needs mental stimulation other than that which I provide.

Well, I'm telling you. Do NOT let your humans anywhere near this new silent film 'The Artist'. They could come back with all sorts of worrying notions. 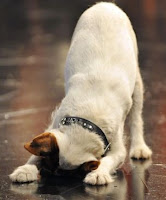 "Hey Bertie", Gail called out when she arrived home at 11pm last night, "can you do that crouching down, head tucked back between the front legs pose? Like the Jack Russell in the film I just saw? It's a sort of 'I can't bear to watch this' gesture. SO cute."

No Gail I can't do that.

But I can growl.

And no, I am not going to be mollified by being told the dog was totally the star of the show. Why ever might you imagine it could be otherwise?

I'm thinking my readers might now want to watch a wee movie filmed on my walk yesterday afternoon, in which I am the main attraction.

Well OK, me and the sounds of the wind and the tinkling of ice fragments on the loch. 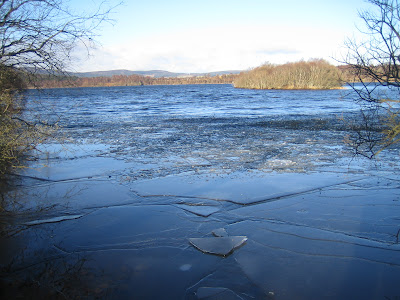 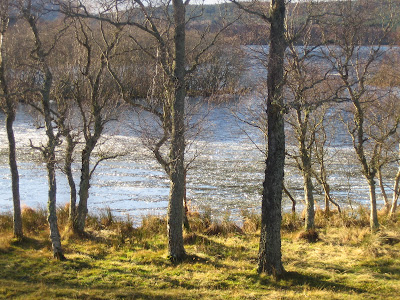 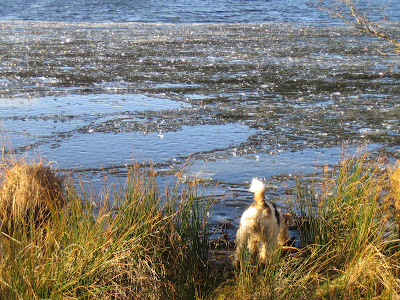