A musical interlude in Torridon 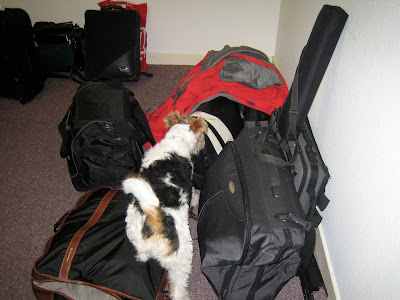 Sorry I haven’t been in touch much these last few days.
You see, we were over in Torridon. It’s been an interesting time.
I have been discovering that information from Gail is not always to be relied upon…
During the drive West on Wednesday, Gail told me that this Wind Quintet from the Netherlands (the Anemos Arts Ensemble) were coming over to give a concert in the local Community Centre and that they would all be staying in our cottage for the week. Well that much was true.
She went on and on about how I would have to mind my P’s and Q’s because these classical musicians would certainly be very prim and proper. But they look quite relaxed and normal when performing an afternoon concert for the local school children, don’t you think? 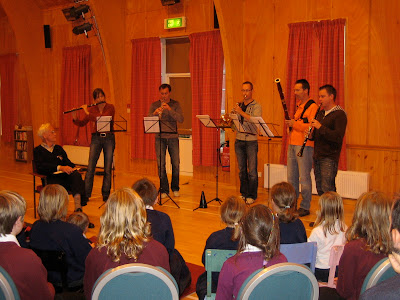 I was told that they would likely bring along only high-minded and intellectually stimulating reading material. But this is what I found on the coffee table in the cottage. Believe me, Gail never would buy magazines this interesting… 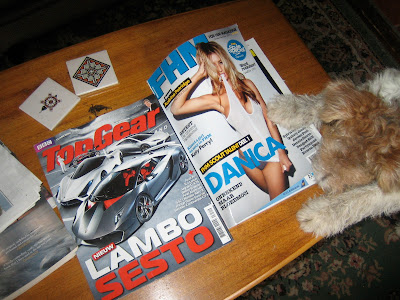 I was also told that I wouldn’t be allowed within a mile of all the precious musical instruments. But in fact I was given permission to stand on the table to get a closer look. 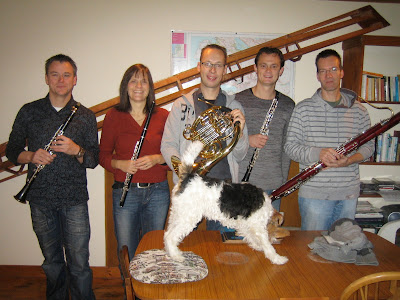 (I wanted Gail to take the photo with the instruments outside the cottage, but Sander was worried that it would be too cold for his oboe. An ‘interesting’ excuse for staying inside in the warmth, if ever I heard one.)
Gail said that the quintet would be very wary of letting me anywhere near their delicate and sensitive musicians’ hands. But French horn player Cleo was well up for a scrap… 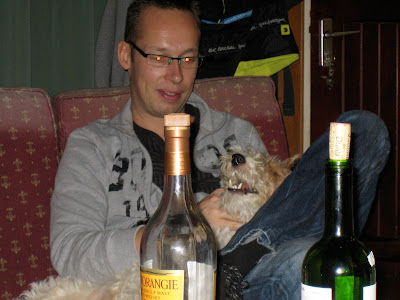 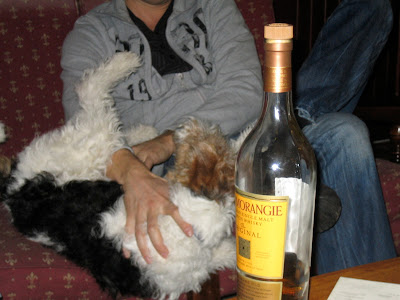 Gail also said we were to expect a clean living and abstemious group, who would always go to bed early and not stay up late after the evening concert and demonstrate levitation phenomena and make rude jokes about Dutch horse breeders. 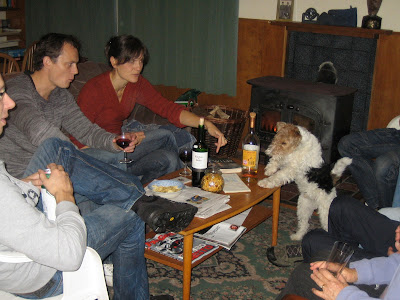 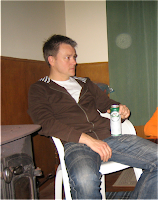 Oh well, I guess the whisky, wine and beer bottles emptied themselves then…With no help at all from Karel the clarinettist or any one else…

Only orange man Lucas the bassoon player went to bed early. No doubt to contemplate the final of last summer’s soccer World Cup.
I do, by the way, resent Gail’s suggestion that it’s me that’s looking a bit squiffy in this next picture.  What you see here is the mature expression of dog who has just this week figured out how to cock his leg in a truly grown up and masculine fashion. 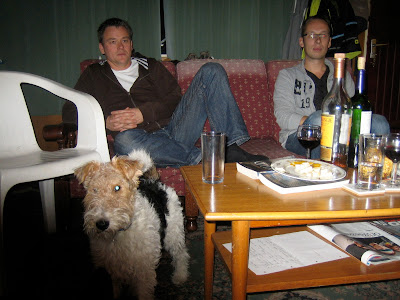 Oh and another thing. I don’t know if you noticed a rather strange new object leaning against the wall in the back of the photo of the Wind Quintet and their instruments.
Look here it is again, without anyone in the way. 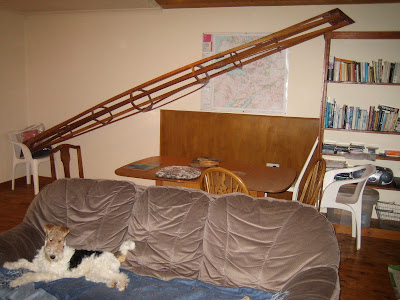 This, Gail says, is a hand-crafted sea kayak, a gift to Gail from the musicians, for letting them stay in our cottage two years running.
Now I’m no great boatbuilding expert, but, well er, it doesn’t exactly look seaworthy, does it. Do you think we’ve been had….?
Gail here: I feel duty bound to explain that the wooden sea kayak frame was in fact made by flautist Angela’s wonderful husband Florian, also a musician although not one of the Quintet, and that he has promised to come over to Torridon next year and give the kayak its ‘skin’!
Oh. Well then, can I just add, Florian, that I am an Earth Dog, and have no intention of boarding any kind of a kayak, with or without holes in it, and as far as I am concerned, you can take as long as you like to finish it, as one thing is for certain, time Gail spends in the kayak will be time diverted from her primary duty of paying attention to me.
Anyway, moving on.
After the musicians had departed, Gail and I went for a long walk to Coire Mhic Fhearchair, round the back of Beinn Eighe. It was very windy and scary at the corrie, and on the way up there was a nasty stream crossing with stepping stones, which Gail kindly carried me across (as I said earlier, I don’t do water).
We’ve had enough words today, so here are some pictures from the walk. 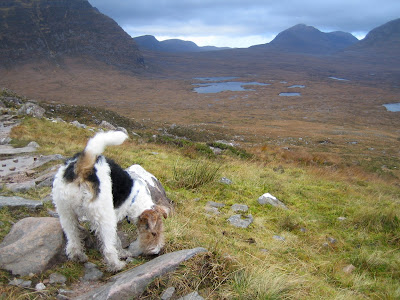 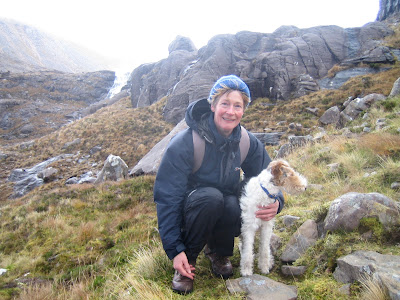 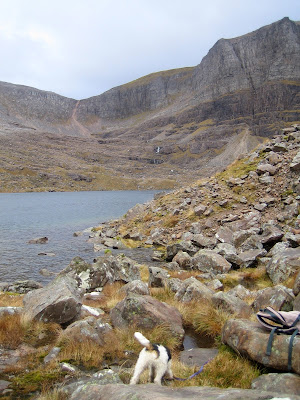 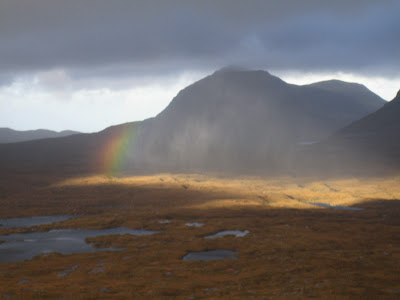 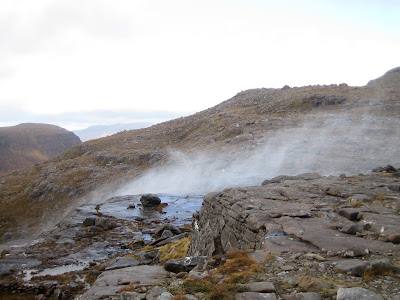 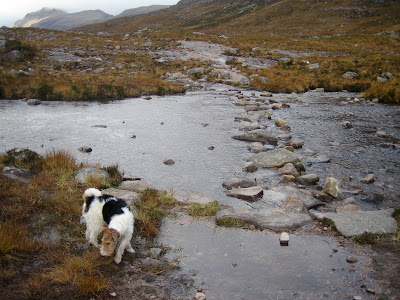 I am still waiting for that cheque from the Tourist Board.
Posted by Bouncing Bertie at 16:44