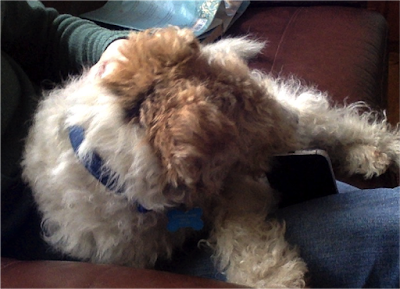 I saw this photo on Gail's phone a few days ago and I thought she was fibbing when she claimed she'd been out on another bike ride with her friends in NE Scotland. 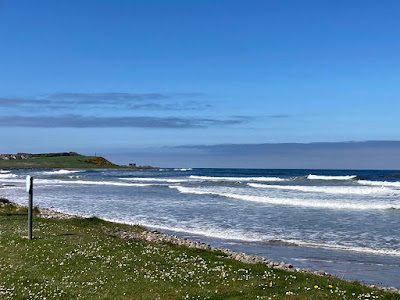 Surely she had taken a quick flight to a beach somewhere warm and sunny. Portugal perhaps?
But then I saw a second photo and concluded perhaps she hadn't been fibbing after all. 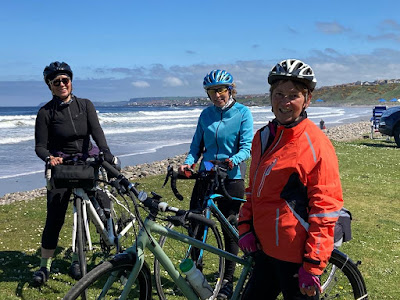 Gail says the photos were taken on the coast at Whitehills, near Banff. And now it's perhaps the turn of my Canadian readers to be confused! They will be wondering what has happened to the Rocky Mountains. Very rapid erosion perhaps? Swallowed by a subduction zone?
Just to clarify - Banff in Scotland (the original Banff, incidentally) really is by the sea, and has lovely beaches nearby. Or so I'm told, although I'm still waiting to be taken there...
Meanwhile here's a picture of me bouncing along the bonnie banks of the River Dee yesterday afternoon, when Aberdeen was a chilly and haar enshrouded 12ºC but ten miles inland at Drumoak we entered a different and delightful climate zone. 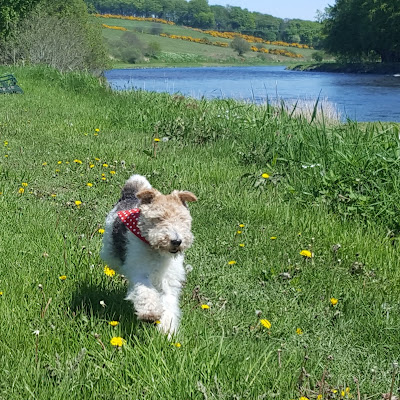 To be honest, I don't so often feel bouncy these days. But I still have my moments!