Climate matters at Loch Kinord and beyond 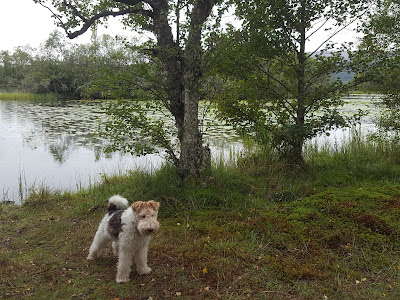 You know somewhere's well worth a visit when, even on a dull day, it looks lovely. 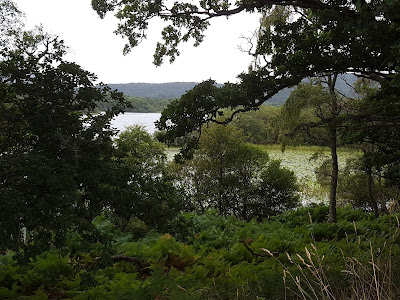 (Fortunately, the Scottish weather provides ample opportunity to test this theory...)
What with one thing and another, it's been six months since we last visited Loch Kinord. In February, there was snow, and now in August, the heather under the pine and birch trees is in full bloom, but the water lilies have sadly been and gone. The water still tastes good. 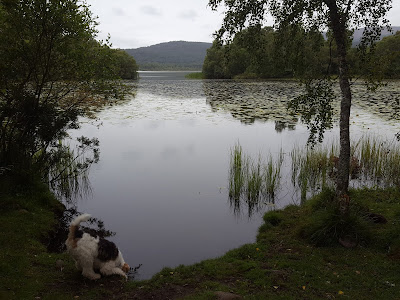 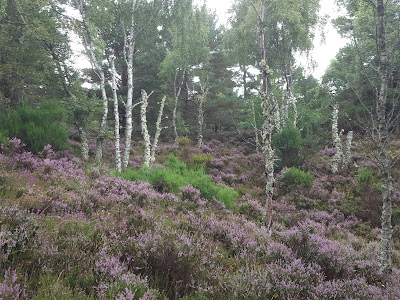 The loch sits within the Muir of Dinnet National Nature Reserve, and some new information boards have appeared. Of course Gail and I already knew that the humpy and sinuous ridge bounding the northern edge of the loch is an 'esker', formed by rivers under glaciers in the last Ice Age. 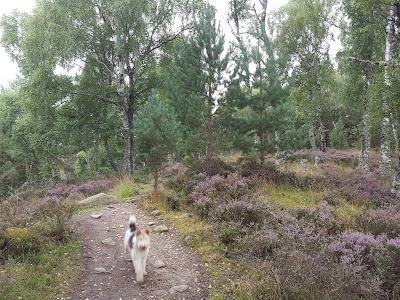 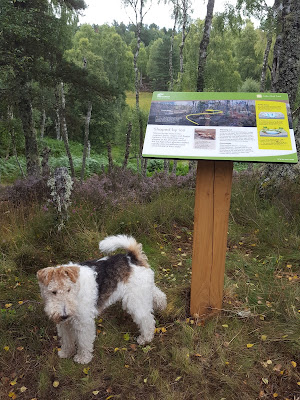 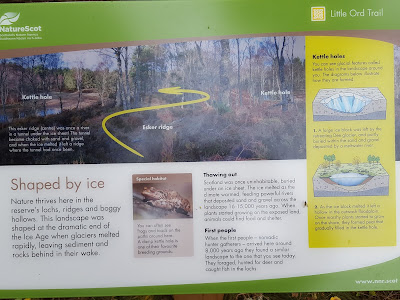 Even in August, it takes no great stretch of the imagination to picture Aberdeenshire covered in glaciers. Harder perhaps, to take in the fact that earlier this summer in the Siberian Arctic town of Verkhoyansk, a temperature of over 100ºF was recorded, the result of warming due to human activity on top of the natural variations in climate that take place through the ages.
Friends, we need to take climate change seriously.
Happy Nature Friday! Do go and visit the other posts in Rosy, Arty, Jakey and Sunny's always enlightening blog hop.
Posted by Bouncing Bertie at 06:00