Of course, all my readers will be familiar with one of the great conundrums of modern physics, namely that 85% of the mass of the universe is made up of something the scientists call Dark Matter, but despite lots of very sophisticated and sensitive experiments, no-one has yet managed to detect a single particle of this elusive substance.

Well, on Sunday morning, while Gail was showering, I read a very interesting article on the topic in her New Scientist magazine. 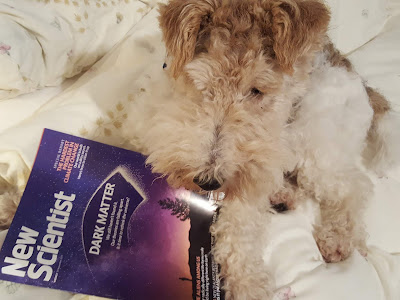 It seems all sorts of weird and wonderful explanations for mystery of the missing Dark Matter have been proposed. Maybe the Dark Matter particles interact with the stuff we can see, but more weakly than hitherto thought? (An example of a 'strong interaction' would be when I meet the woman in the park with liver-based treats in her pocket.) Maybe there is a whole 'hidden sector" of material never yet detected? (Like there is a hidden sector of our house where Gail keeps my personal supply of liver-based treats.) Maybe gravity as experienced here on Earth behaves differently in other parts of the galaxy? (In the way that I behave differently in places where liver-based treats are plentiful.) Maybe the physicists' model of what happened in the first fraction of a second in the history of the universe is somehow faulty? (Surely not!)

Well I am delighted to reveal that later that same day while walking near the summit of Scolty Hill, quite by chance I came across an abundance of Dark Matter... 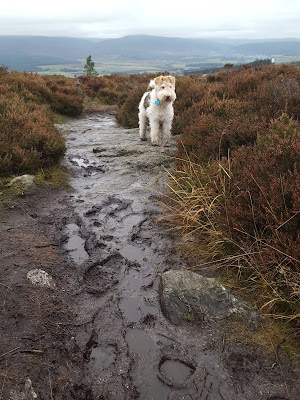 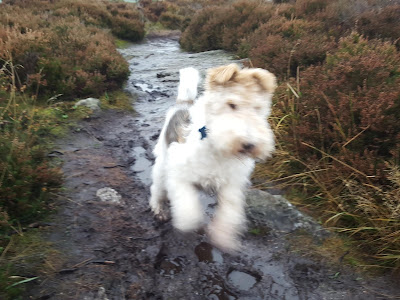 ...I even collected some of it in my furs as evidence... 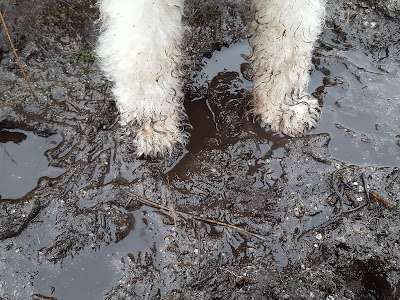 So where is my Nobel Prize for Physics? 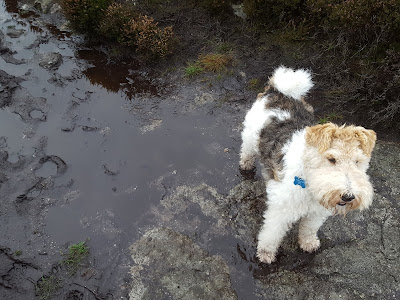 Or at least my liver-based treat?