In defence of my Scottie cousins...

I suspect my Down Under Scottie friends Bella and Macdui might have something to say about the issues raised in today's blog post... 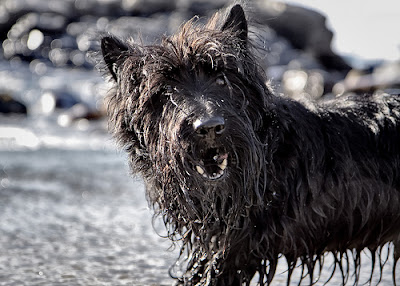 Does your human ever read books containing unsuitable material?

As followers of Final Fiction Friday will already be aware, Gail is currently immersed in Jenny Landreth's  'Swell: A Waterbiography'; a must read, it seems, for all those who take pleasure in voluntary aquatic submersion (not me, obviously).

I'll be honest, as soon as I spotted a book about swimming resting on the bedside table, a feeling of unease pervaded my perfectly formed body.

The fact that the book's main subject was the history of women's swimming, and not, for example, a tome devoted to 'how to bathe your dog in icy rivers', did little to allay my fears.

And my worst suspicions were confirmed when I read (in a chapter about the battle for men and women to be allowed to use the same swimming pool at the same time) the following shocking sentence:

One of the most vocal opponents to mixed bathing was a Tonbridge councillor, Mr David Clark, who raved that 'by making girls look like wet Scotch terriers, mixed bathing stops more marriages than any other cause'.

To use a simile linking ANY breed of terrier to marital undesirability is beyond outrageous. I'm sure you'll agree.

And by the way, I for one can think of many human females who would be delighted to be considered as attractive as a Scottie, no matter the state of that Scottie's furs...

Oh and finally, here's a reminder of handsome WFT, today out enjoying the freshly fallen snow. 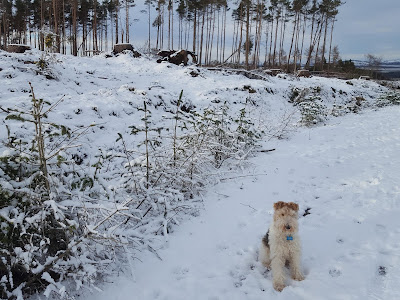