Why don't we do this more often? 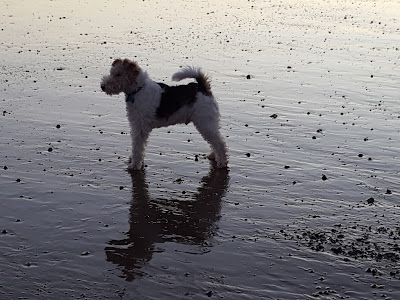 As you know, my usual early morning constitutional consists of a walk to Duthie Park and back.

So I was a bit surprised on Saturday when Gail bundled me into the car shortly after seven a.m. and announced:

"Bertie, we're having a change today and going to the beach for a dawn photoshoot".

It's only a ten minute drive to Aberdeen City Beach and we arrived about half an hour before sunrise. 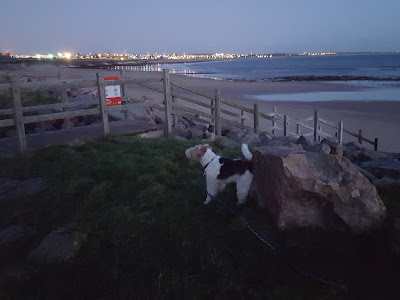 Not all the photos Gail took in the low light with her smartphone turned out as intended... 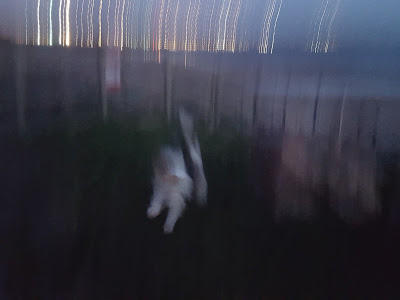 But amongst the many fails (Gail blames cold hands which I guess is a valid excuse - the air is always, er,  'bracing' besides the North Sea), there were a few photos I have deemed acceptable for my blog. 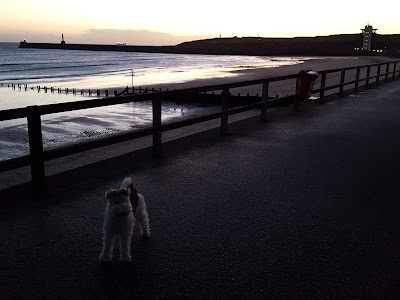 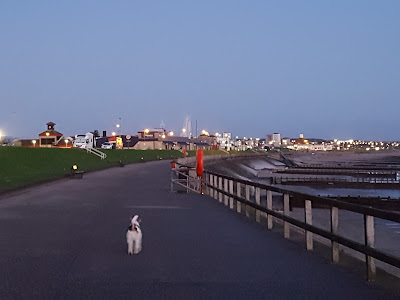 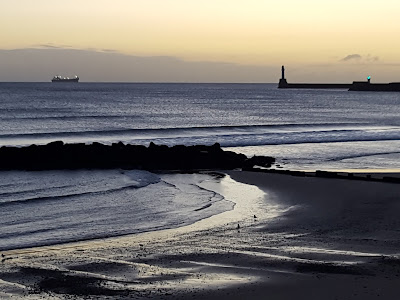 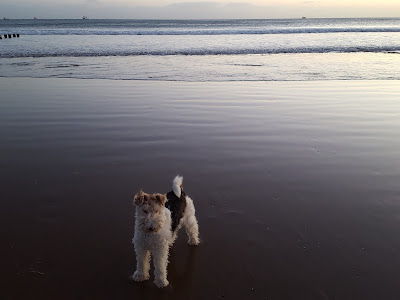 As it started to get properly light, some other pups showed up on the beach. 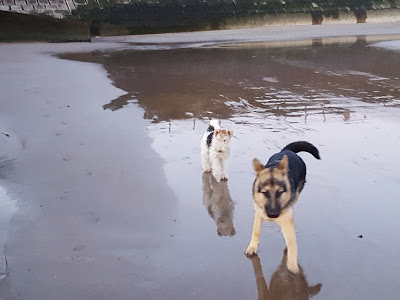 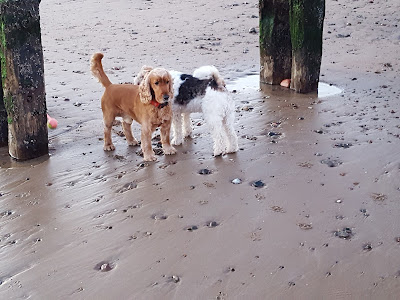 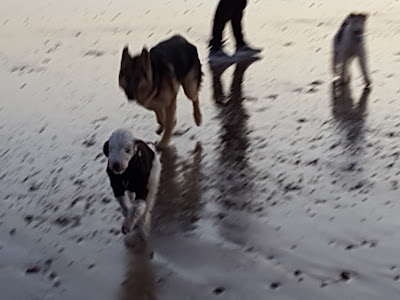 Gosh it was all such fun,  I do hope we can do it again some time.