Better than a husband?? 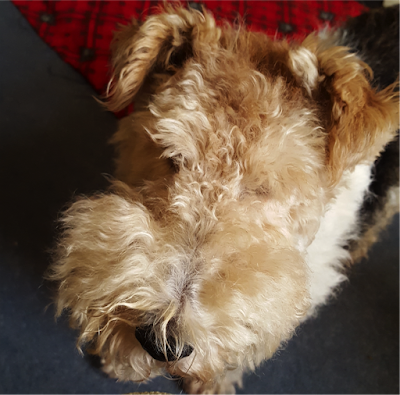 A couple of weeks ago I came across such an interesting article in the newspaper. Researchers in Sweden have found that owning a dog reduces the risk of death from heart disease. For single humans like Gail, it's a whopping effect. My presence in the house makes it at least a third less likely she will suffer a heart attack.

Oh yes and it turns out that of all the breed types, it is terriers, retrievers and scent hounds who have the most positive impact.

Now you might think that Gail would be pleased to read about this, wouldn't you? Perhaps a more empathetic owner might even believe their dog deserved a treat or two for conferring such spectacular health benefits.

Gail scanned the article with eyebrows raised and said she didn't think it applied to owners of wire-haired fox terriers. And then pointed out that I was directly responsible for her very nearly having a heart attack that time I jumped off the train at Newcastle Station... She also referenced (irrelevantly, I thought) the evening at puppy class when I tried to savage 'make friends with' Daisy the miniature dachshund and she came close to nervous collapse.

There's no pleasing some folk, is there...