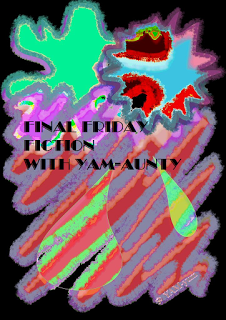 My source text is 'The Wind in the Willows' by Kenneth Grahame, and the phrases (from p87) to be used in my story are:

Line 16: Here where we are standing

[Regular blog readers will recognise that my piece is, as is traditional for first fiction, strongly autobiographical. I do hope this is allowed.]

Our tale today is one of injustice, reconciliation and forgiveness. It is a true story, which starts off, well, very long ago. The main character is a wee terrier puppy called Bernie, and we begin when Bernie went with his owner Gill to stay with his Human Grandma and Grandpa for the first time.

Now it is important to  to understand that although Bernie was a wee puppy, he was already very advanced in his house-training and he absolutely knew the difference between indoors and outdoors and which was the right place to take a ‘comfort break’. In fact the thought of soiling his indoor territory was quite repulsive to him (as it is to most dogs).

Unfortunately, Bernie's Human Grandma held fast to the prejudice that all puppies pee on the carpet, as he realised when he overheard the following interchange between her and Gill:

“Gill, there are some dark marks here on the rug, I think it must be Bernie. Look, right here, where we are standing…”

In response, Gill sounded a bit irritated. “Oh Mother, that’s just a trick of the light, see it’s not even wet, really you are imagining things again.”

If Bernie had been able to speak, he would have added, quite firmly, "As a matter of fact I did none of it".

But repeatedly throughout this and subsequent visits, poor Bernie was falsely accused of peeing on the carpet. He felt quite hurt, and was not sure he even liked his Human Grandma that much.

Now Bernie is an older and wiser pup, and his Human Grandpa is sadly no longer with us, he thinks he has worked out what was going on. At the time of those early visits, his dear Human Grandma was so worn to a frazzle caring for her beloved but by then very sick husband that she could barely think straight. She just knew that as a good wife it was her role to keep everything in the house clean and tidy, and was anxious lest she be found wanting in this respect. So her brain started conjuring up problems that weren’t real.

These days, Bernie's Human Grandma lives in a very nice care home and is no longer responsible for the housework, and she is much more relaxed and loves having Bernie to visit and never ever accuses him of peeing on the carpet. And so Bernie has forgiven his Human Grandma for all the earlier misunderstandings, as he  can appreciate that it was neither his fault nor hers that the issues between them ever arose in the first place. 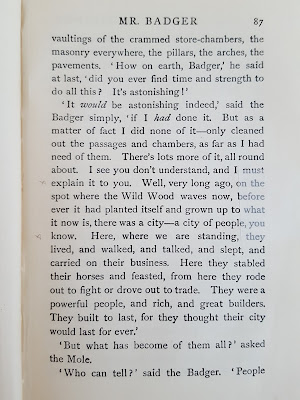 Click here to see the link up to the other FFF stories.

And a big THANK YOU to YAM Aunty for organising this fun challenge!