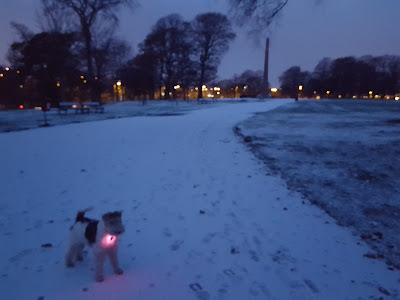 Amidst all the hullaballoo following certain unhelpful* tweets emanating from the President of the USA last night, I want to make it quite clear how much Gail and I admire and respect our many friends across the Pond.

And let's not forget about the happier news concerning UK/US relations announced earlier this week. Although I, Bertie, am not yet personally acquainted with the fiancée of our very own Prince Harry, I would also like it to be known that this is one American whom I am very pleased to welcome to our shores.

Not only has Ms Markle already received the rare accolade of a positive vetting by the Queen's notoriously snooty corgis, but, even better, we learn that she is the adoring owner of two rescue dogs, Bogart and Guy.

Sadly, it seems that Bogart is too old to fly and so cannot come to live with Meghan and Harry in the UK.

I hope you will not think me heartless if I confess my first thought on hearing this news was: "Gosh, I guess that creates a vacancy then"...

Who would not want to be adopted by a lovely Princess and join Team Royal Family?

What fun one could have with all those splendid palaces to explore, and corgis to chase. (Although it might be wise, I understand, to steer clear of Princess Anne's Staffies...)

So anyway, I asked Gail, just out of interest you understand, totally theoretically etc, how one might go about putting oneself forward for the position of Bogart replacement?

I had better not publish Gail's response in full. It did contain phrases like 'world's most ungrateful dog', 'hurt feelings', 'no supper tonight', along with many other less nice words.

Well I'll be honest with you I backtracked faster than you could say empty food bowl. Peace was restored, and we agreed there are many other dogs in the UK whose circumstances are much less favourable than my own. And anyway, as part of her forthcoming UK citizenship classes, Meghan will surely be made aware of the canine adoption opportunities offered by Battersea Dogs Home and suchlike?