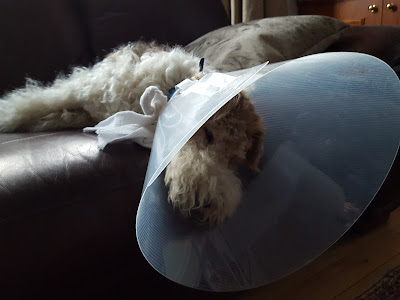 Readers, have you any idea how awkward it is to have to wear a lampshade? It really isn't easy relearning how to navigate one's way round the house as a 'wide load'.

Anyway, by Sunday morning I was fed up to the back teeth with being indoors, and despite my paw not yet being quite better, I told Gail I wanted to go out for a walk.

Much to my surprise, she  agreed, and said, "I know Bertie, what with all this week's news about President Trump, why don't we go and see how things are coming along at his golf course. It's only a few miles away, and we've never had a snoop around since it was completed, have we?"

Well of course I was totally up for it and even consented to pose by the sign at the entrance. 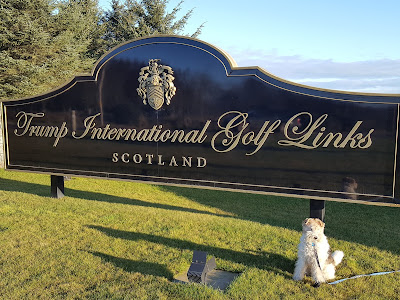 To be honest, neither Gail nor I were sure if we'd be allowed to penetrate any further, but we made it all the way to the strangely empty car park 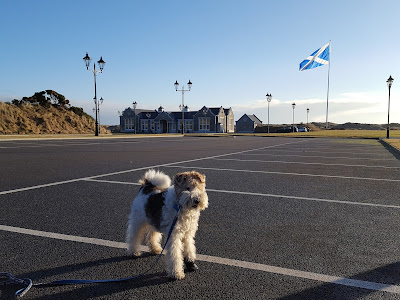 The golf resort's restaurant was deserted too. 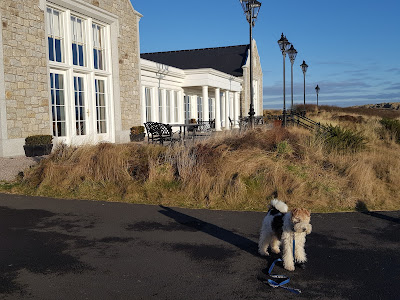 And there was absolutely no sign of any golfers.

With nothing else to see at the clubhouse, we moved on to the Balmedie Country Park, just to the south of the golf links, and walked along the beach. 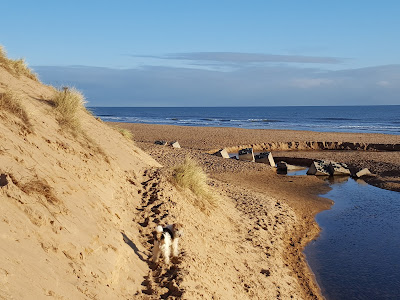 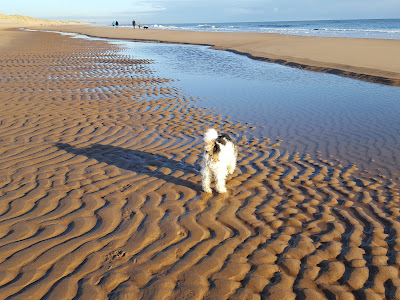 If you climb up the sand dunes you can see the golf course again. 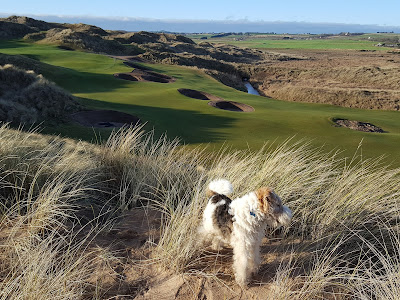 How strange. Still no golfers, despite what looked to us like perfect conditions (sunshine, no wind, not that cold). 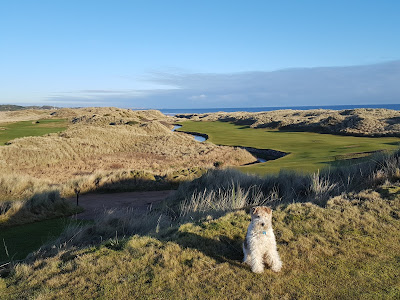 Then we spotted a couple with a dog strolling down the fairway, and, there being no barrier or signs, decided to join them. 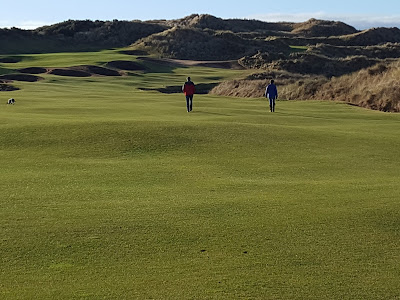 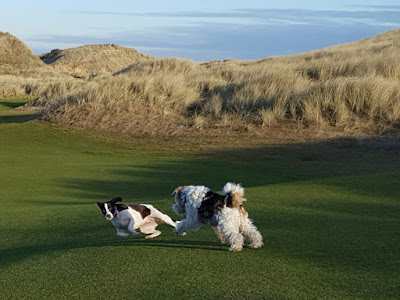 While I had fun with my new friend, Gail chatted to the couple. The too were bemused by the absence of golfers, and said they were hoping it meant that everyone was boycotting the course and that Trump's venture would go bankrupt and the area would be allowed to revert to its natural state.

I saw Gail was nodding in agreement.

(Readers may not be aware that this used to be conservation area designated a 'Site of Special Scientific Interest', but Trump bulldozed his way through the environmental legislation to build the golf resort).

Well by now my sore paw was beginning to hurt again, so it was time to head for home.

It only remained for me to leave a message for Mr Trump. 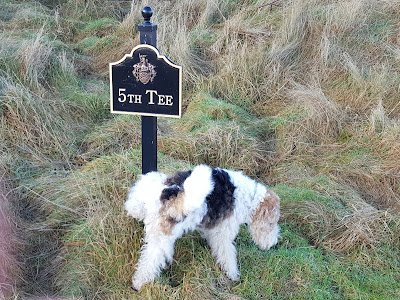 What did I say?

Friends, perhaps I should leave that to your fertile imaginations..

Posted by Bouncing Bertie at 15:35