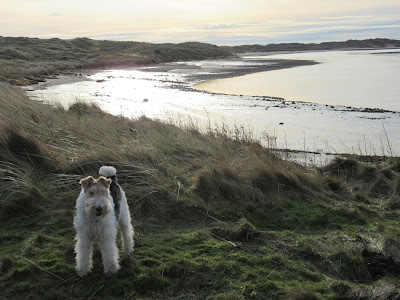 By Sunday morning, our latest winter storm had passed by. Gail took me for long walk around Forvie Sands Nature Reserve, having judged correctly that the high winds had finally eased enough and I was no longer in danger of getting sand blown in my eyes (which is very uncomfortable). 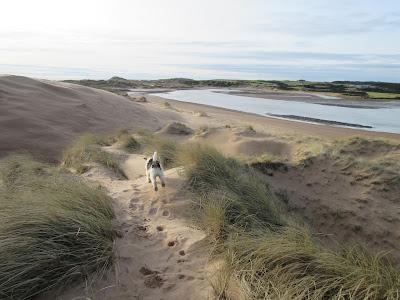 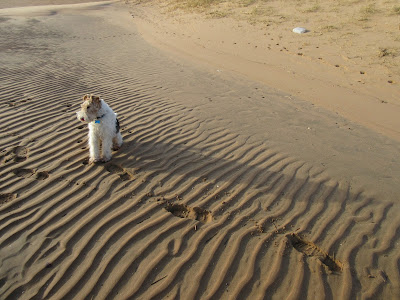 The Ythan estuary is popular with birdwatchers, an 'activity' that personally I find rather boring. I can see the point of eider ducks, given their association with comfy bedding, but oystercatchers? I mean, am I supposed to be impressed? How hard can it be to catch an oyster?
When we reached the point where the estuary meets the sea, Gail clamped on my lead. 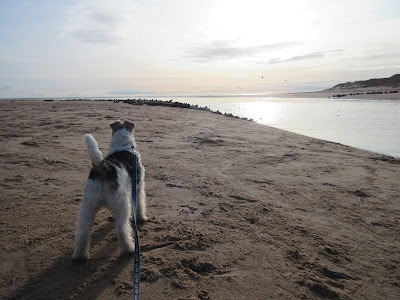 You would not believe how many big fat smelly seals were noisily mooching around on the sand bank. 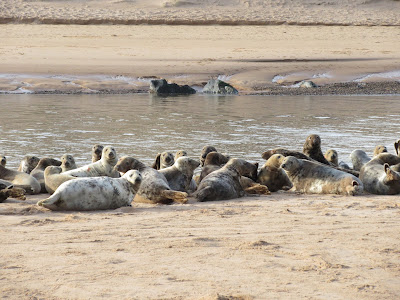 Frankly, I found them most unsettling. As you can tell from the set of my tail... 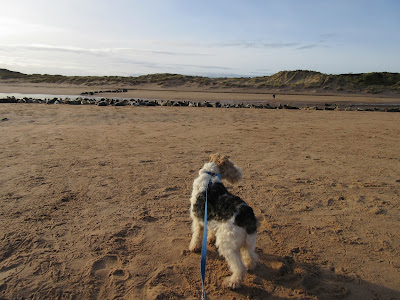 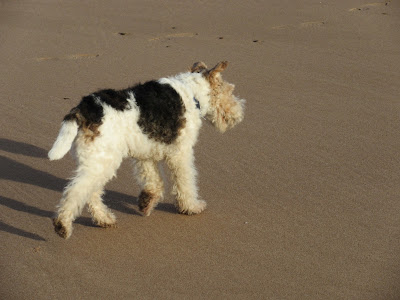 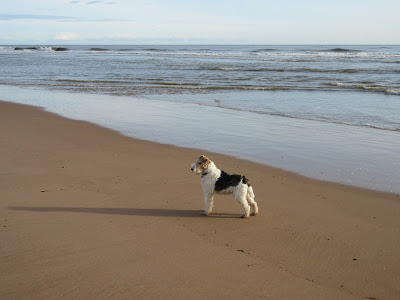 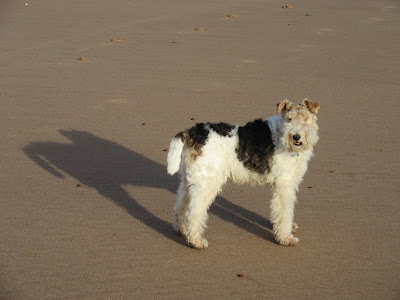 … which did not resume its normal jaunty angle until we had reached the safety of the cliff path, a mile or so beyond those scary monsters. 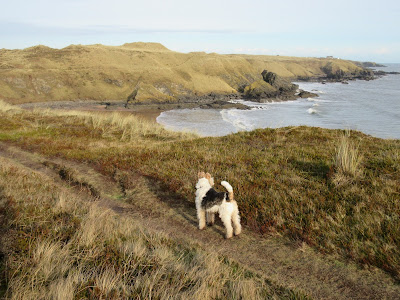 PS from Gail: I have never before seen Bertie's tail stay so firmly obeying the laws of gravity for more than a minute or two. The seals, which on past visits he has taken in his stride, really did seem to unnerve him this time.
Posted by WFT Nobby at 05:45