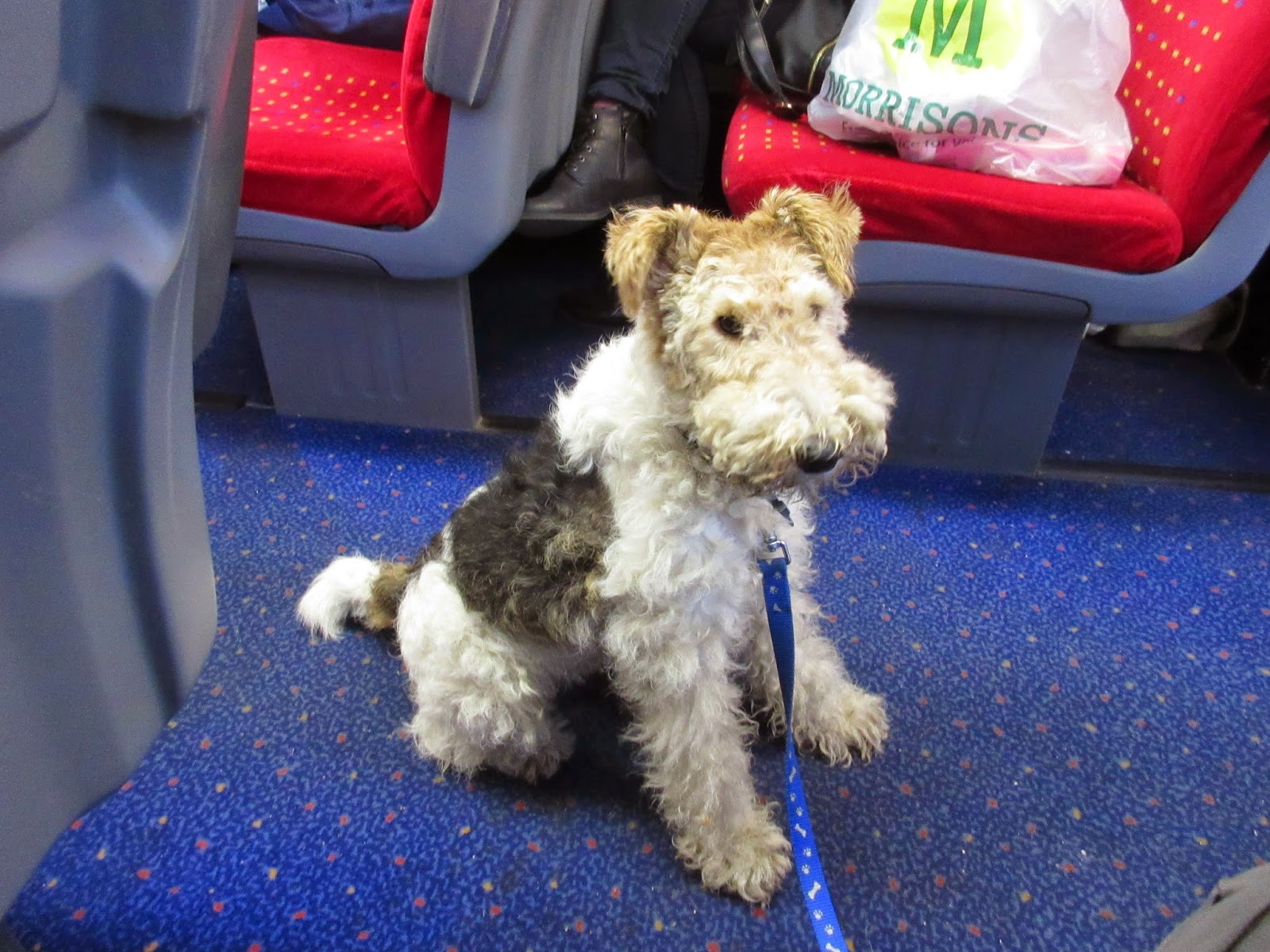 I have to tell you that Gail is worried she was being inconsiderate to our fellow passengers on the 12:52 train from Newark North Gate to Edinburgh last Monday. In fact, she wishes to make an apology.

I have spent all week trying to tell her she did nothing wrong. Nothing at all.

I mean, how can she be to blame if the lady with the refreshments trolley was all over me like a rash no soon as she'd spotted me in the aisle (or rather, nearly reversed into me, truth to tell)?

The fact that this lovely lady, herself a wire-haired fox terrier owner, stopped to engage in a lengthy WFT-based conversation with Gail is entirely a Good Thing, in my opinion.

So what if the passengers further down the carriage were hungry and thirsty? One could say Gail did them a favour by helping them avoid the temptation to pay a king's ransom for lukewarm coffee and a tired sandwich.

The wiry theme continued when we took a break in Edinburgh to meet my pal Horatio, plus his Vizsla brother Harris and human Amanda. It was a damp and blustery afternoon for a romp up the slippery volcanic rocks of Arthur's Seat. Gail seemed particularly keen to stay away from any ponds and avoid a repeat of the Green Dog incident….

Can you tell Horatio and me apart? 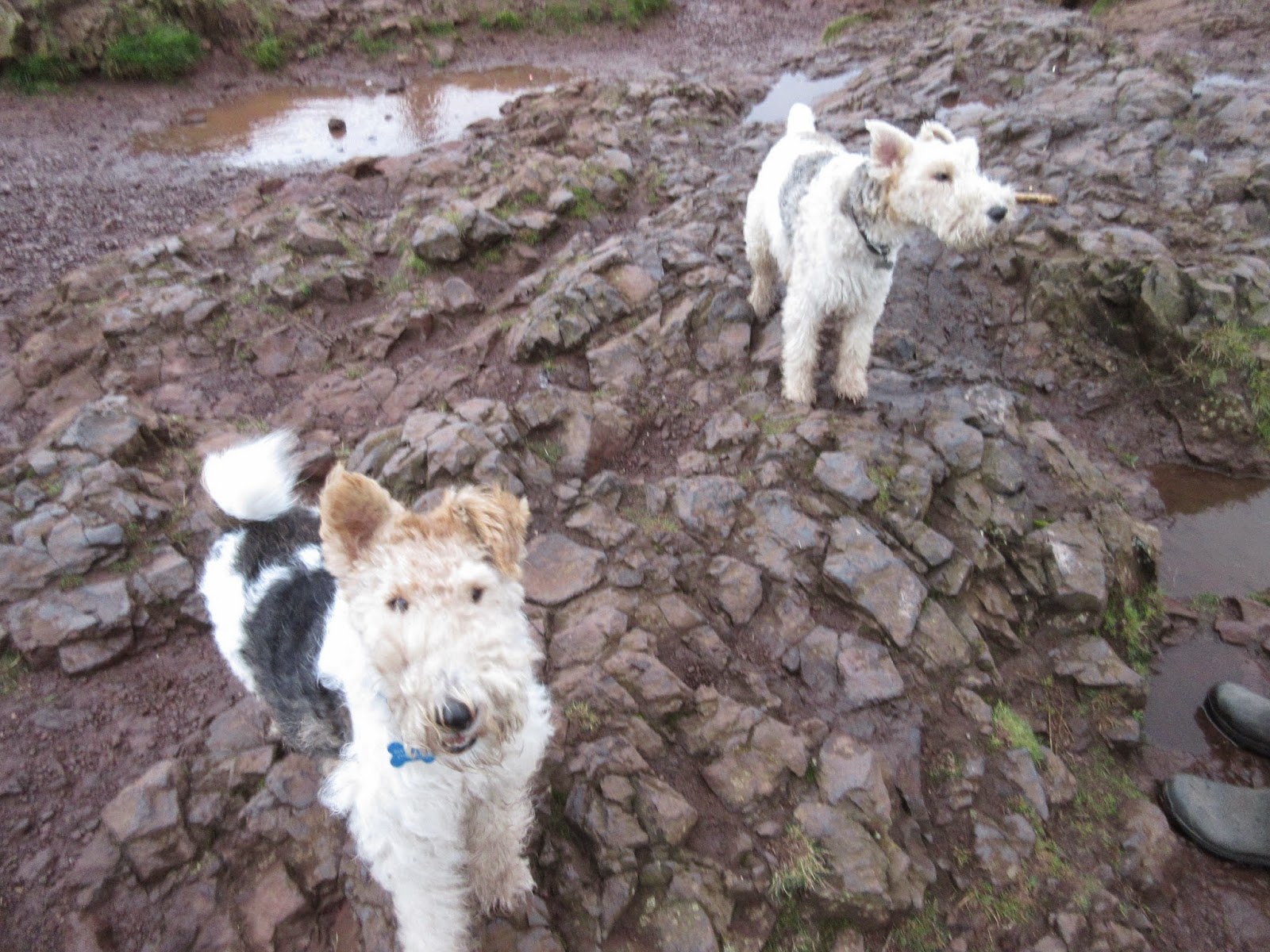 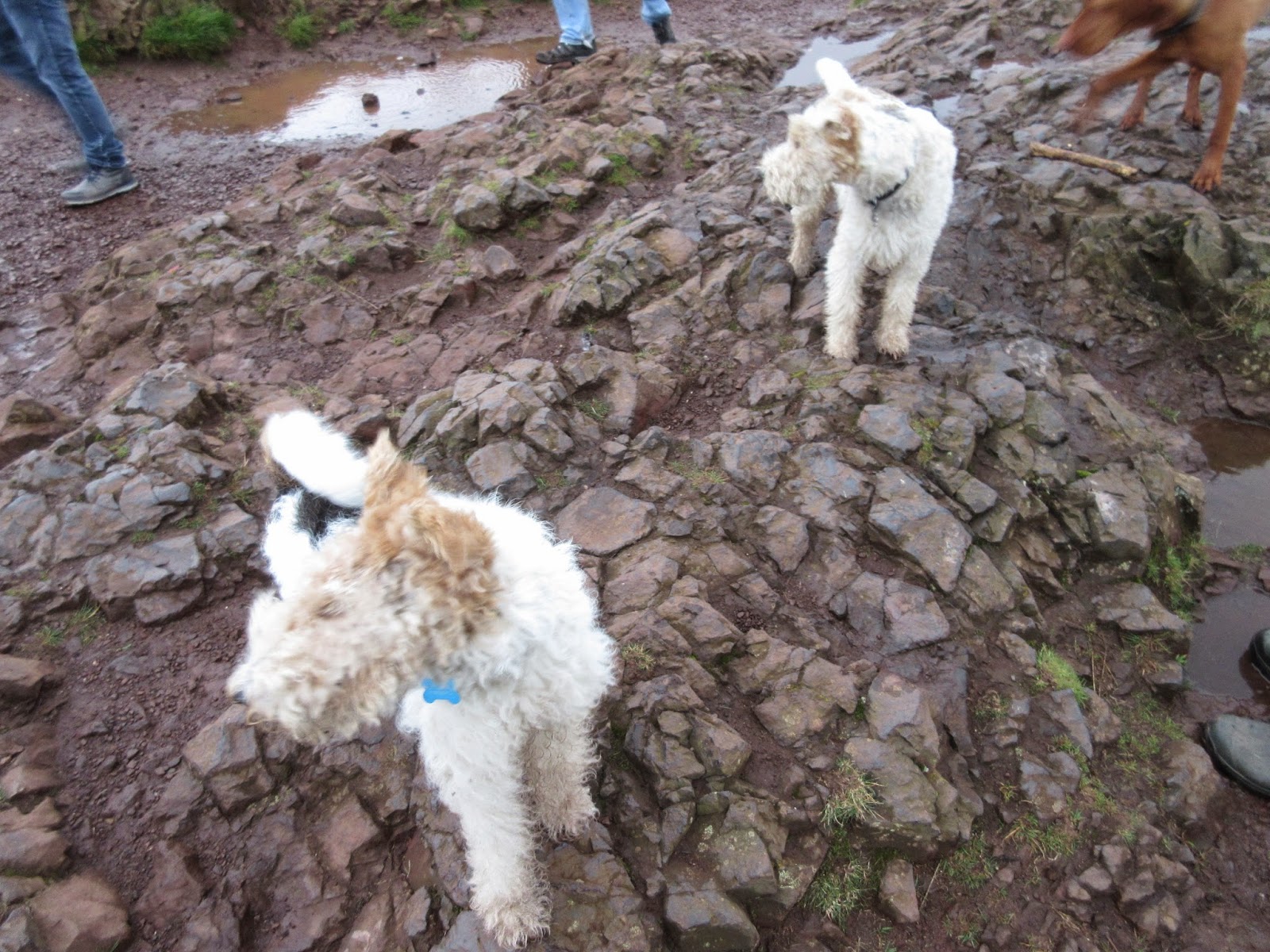 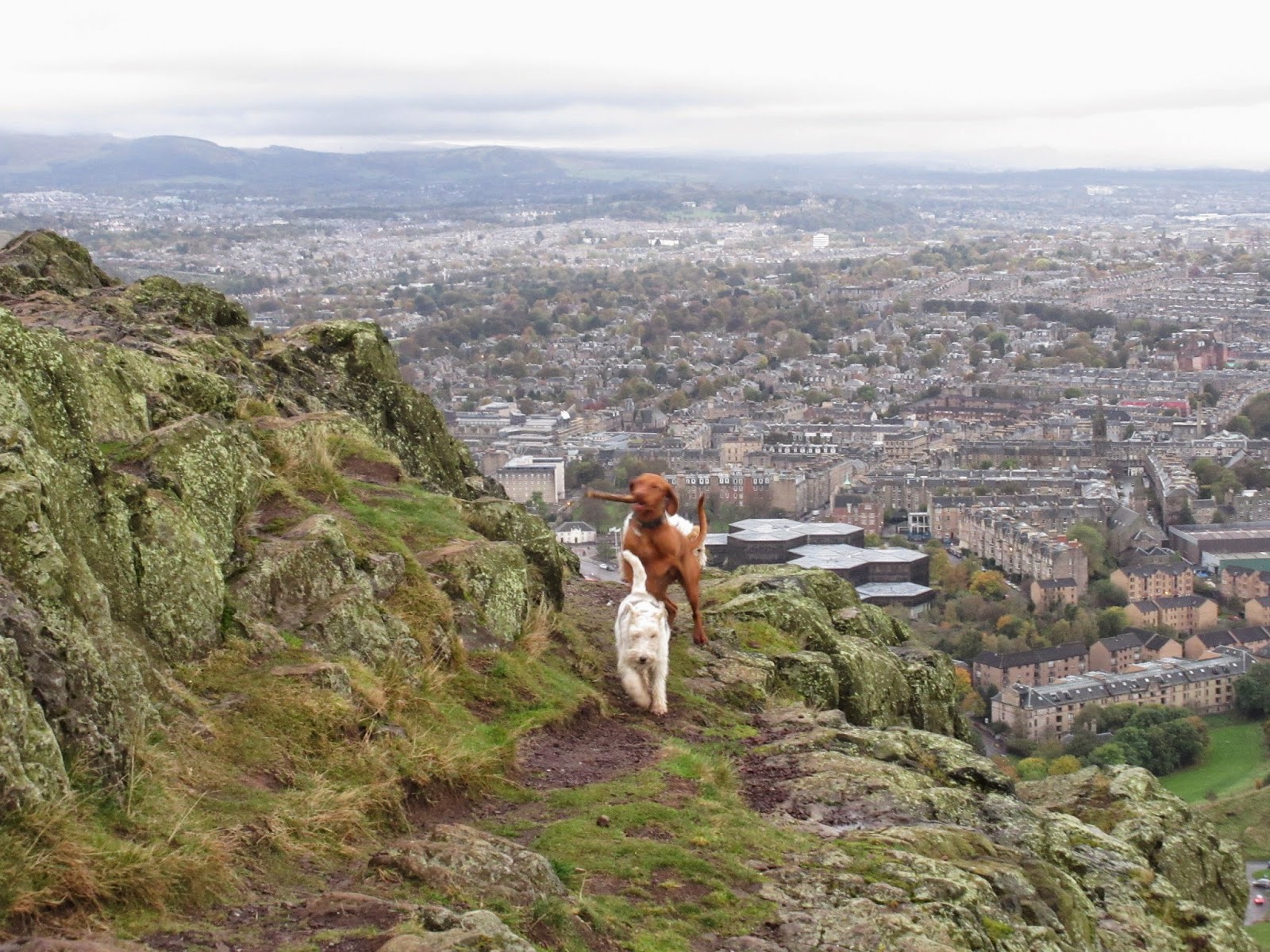 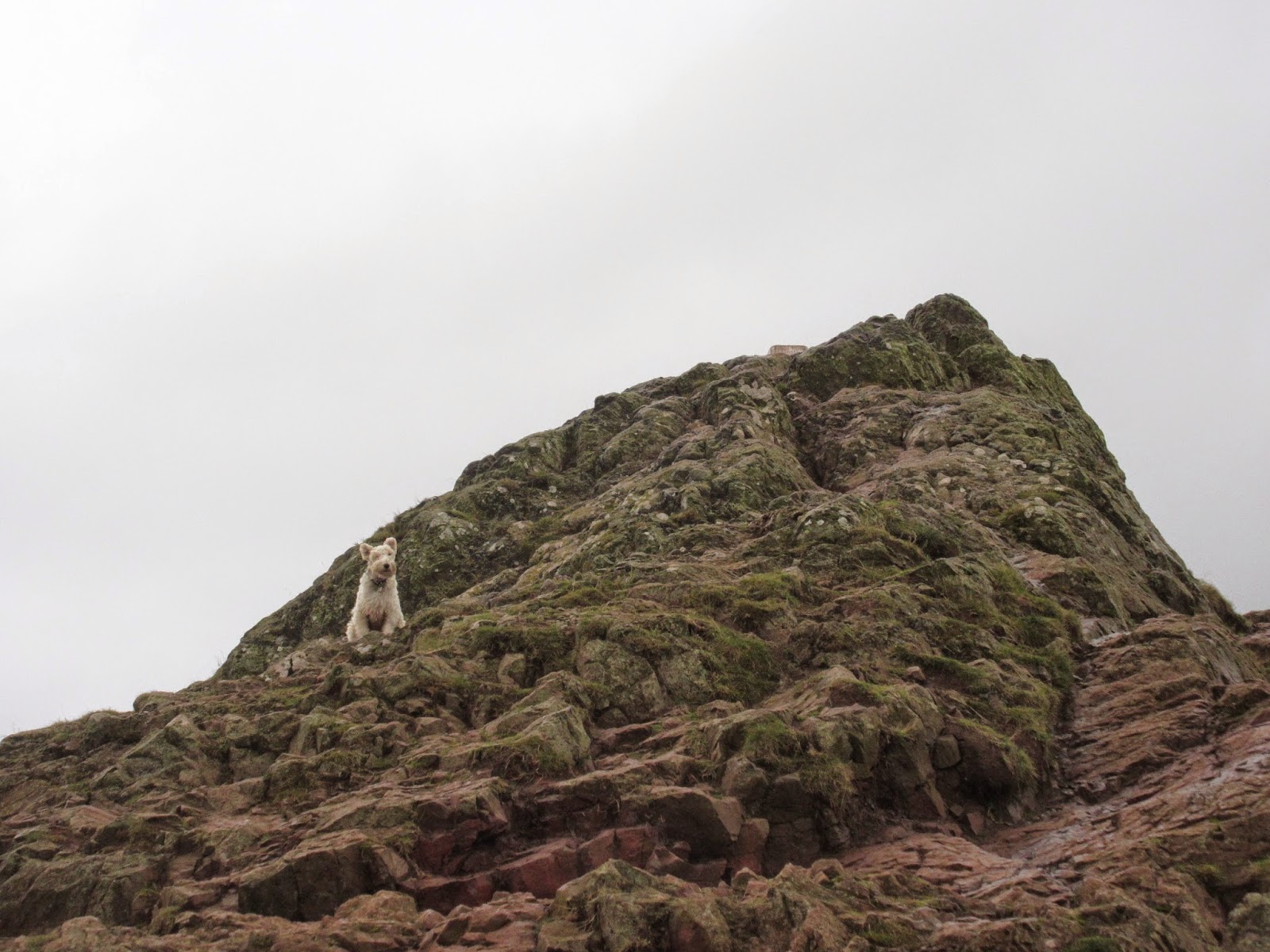 The onward train from Edinburgh didn't arrive in Aberdeen until late evening and, would you believe it, just as we were about to disembark, Gail spotted a smaller version of your truly in the adjacent carriage. Turns out she is called Poppy, is eight months old, very cute (of course) and, like me, started life at Granddach Kennels.

All in all, I'd say it was a pretty perfect day. And absolutely no apologies are necessary.
Posted by Bouncing Bertie at 06:02