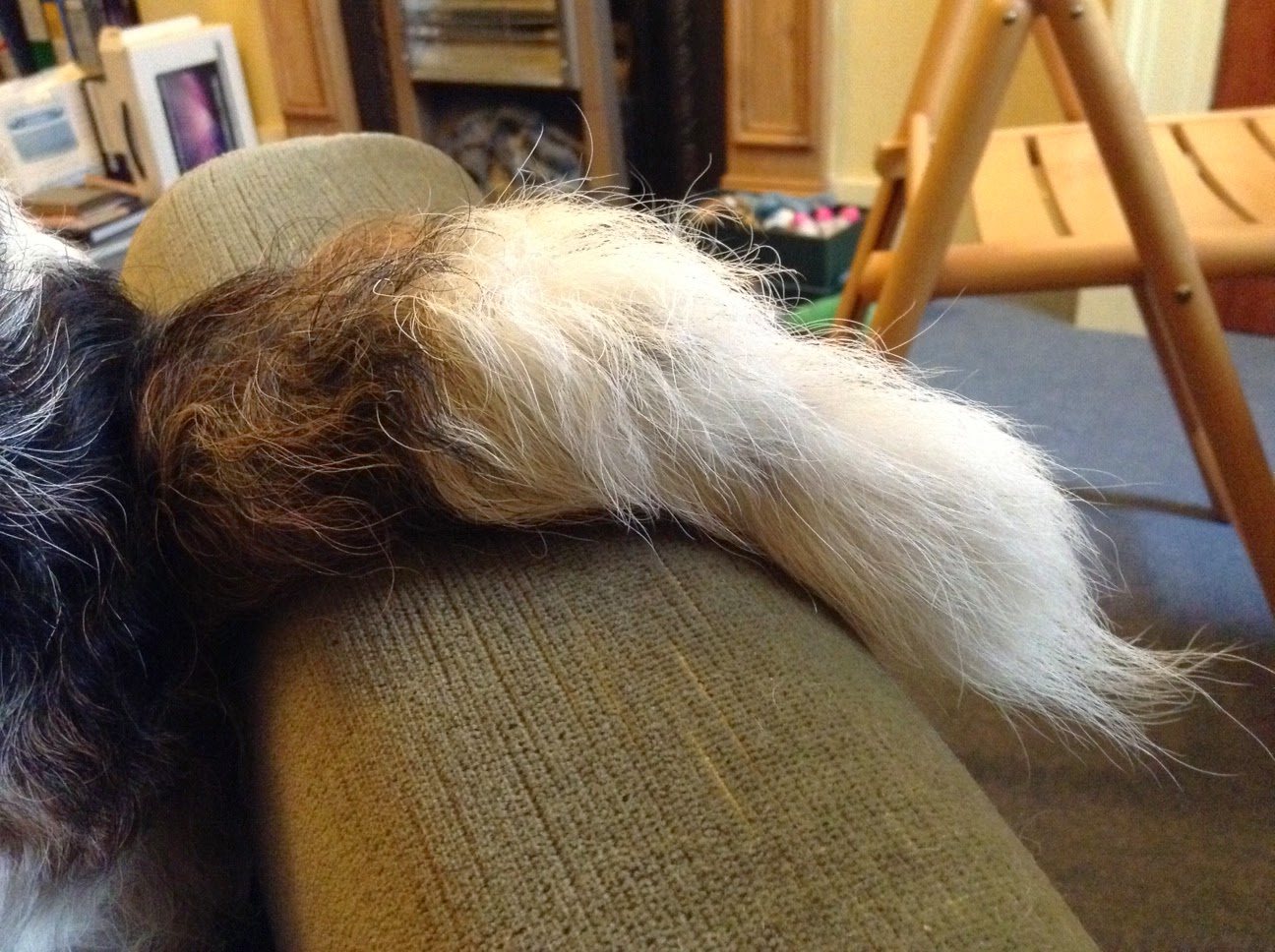 Really, there are few situations in life which are not improved by having a tail.

Now Gail is questioning whether my readers (with the obvious exception of esteemed Mayoress Madi), will bear yet another post on the topic of my rear-end appendage.

Do you think she could possibly be suffering from Tail Envy?

It must be so limiting, to have to use just your facial muscles to express joy, anticipation, delight, friendliness, uncertainty, vigilance, anger and fear, do you not agree?

I am thinking that all those not-so-young actresses with faces immobilised by botox might get hired again, if only they were able to access a nicely flexible tail to help convey emotion.

And did you know that us wire-haired fox terriers really are very special and unique in this area of anatomy?

It's not only that we don't mind a bit if you tug at our tail, quite hard, in a way which would cause offence to most pups. According to Gail's vet friend Kirsty, when (heaven forbid) WFT's are put under anaesthetic, our tails twitch in a manner unique to our breed*. Isn't that something else?

Some folk, e.g. dog show judges, would claim I am over-endowed, tail-wise.

Clearly, that is a ridiculous concept. 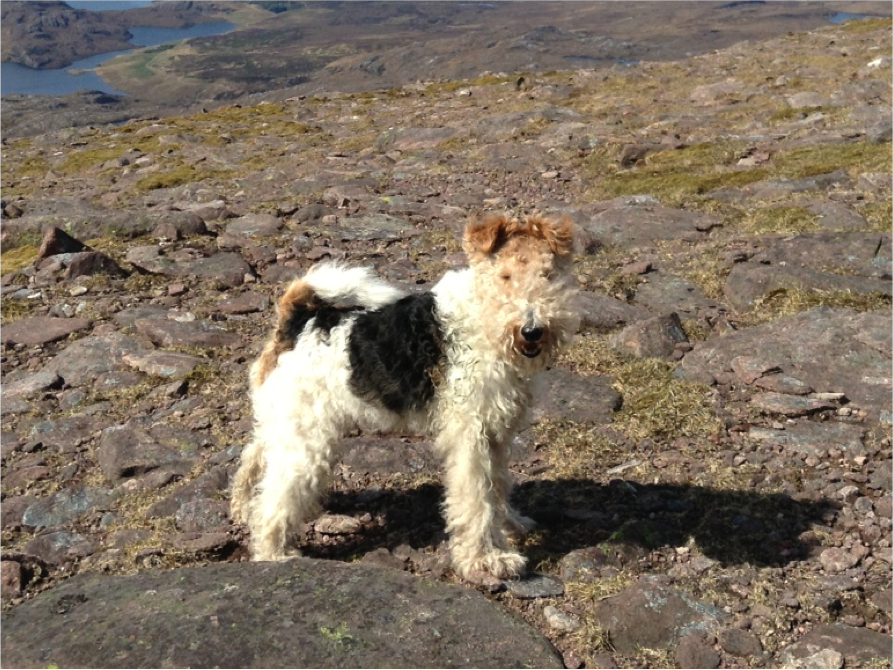 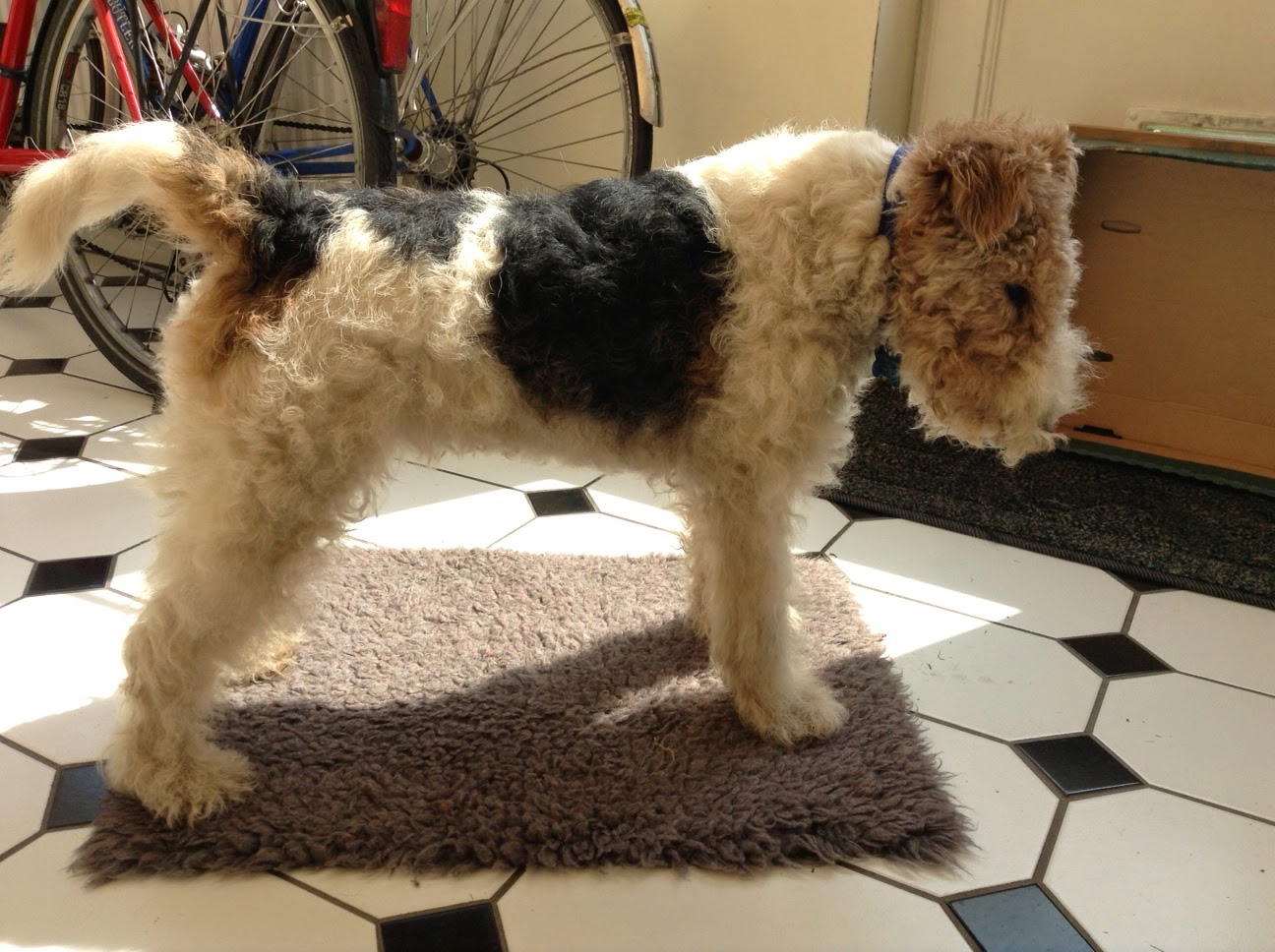 *Gail was intrigued by this snippet of terrier lore, and later asked Kirsty if the trait had been documented anywhere, but was disappointed to learn the evidence is merely "anecdotal".
Posted by Bouncing Bertie at 05:55