It seems Angus is right about French customer service

Apologies to those readers who do not follow Bob and Sophie's French Adventure. (But really, why don't you? It's brilliant).

For several years now, Gail and I have been hooked on transplanted Scotsman Angus's account of life in rural France and the antics of his Polish lowland sheepdogs, but I have to confess, we have occasionally wondered if Angus was being a bit unfair in his implied criticisms of the local attitude to customer service.

Now, ever since she returned from her Jura holiday, Gail has been going on and on and on about what a wonderful time she had in France, especially when she met up with Bicontinental Dachshund Tootsie (my doggy godmother) and her family.

But yesterday, she let slip that there was one incident of slight unpleasantness, amusing in retrospect, but which supports the impression given by Angus's blog.

So Gail and Tootsie and her Mom and Dachshund Daddy had arrived at their accommodation in Mouthe, 'Le Chalet de la Source du Doubs' mid afternoon on Good Friday. By then the weather has turned quite nasty. On entering the chalet they were promptly pushed back out into the cold by a cross young woman telling them not to wake the baby. After a short while, Dachshund Daddy, a fluent French speaker, braved re-entry only to be ushered outside again the proprietress who grumpily pointed to a chalkboard by the front door and said: "You speak the language. So read the sign!"

And yes indeed, there it was, a sign giving instructions for new arrivals.

But how hard would it have been to say a few words of welcome to the guests and tell them which bedrooms they were in?

You know, my adorable godmother Tootsie has quite short furs, and it upsets me to think she was forced to wait around in the chilly weather by this not so friendly person. 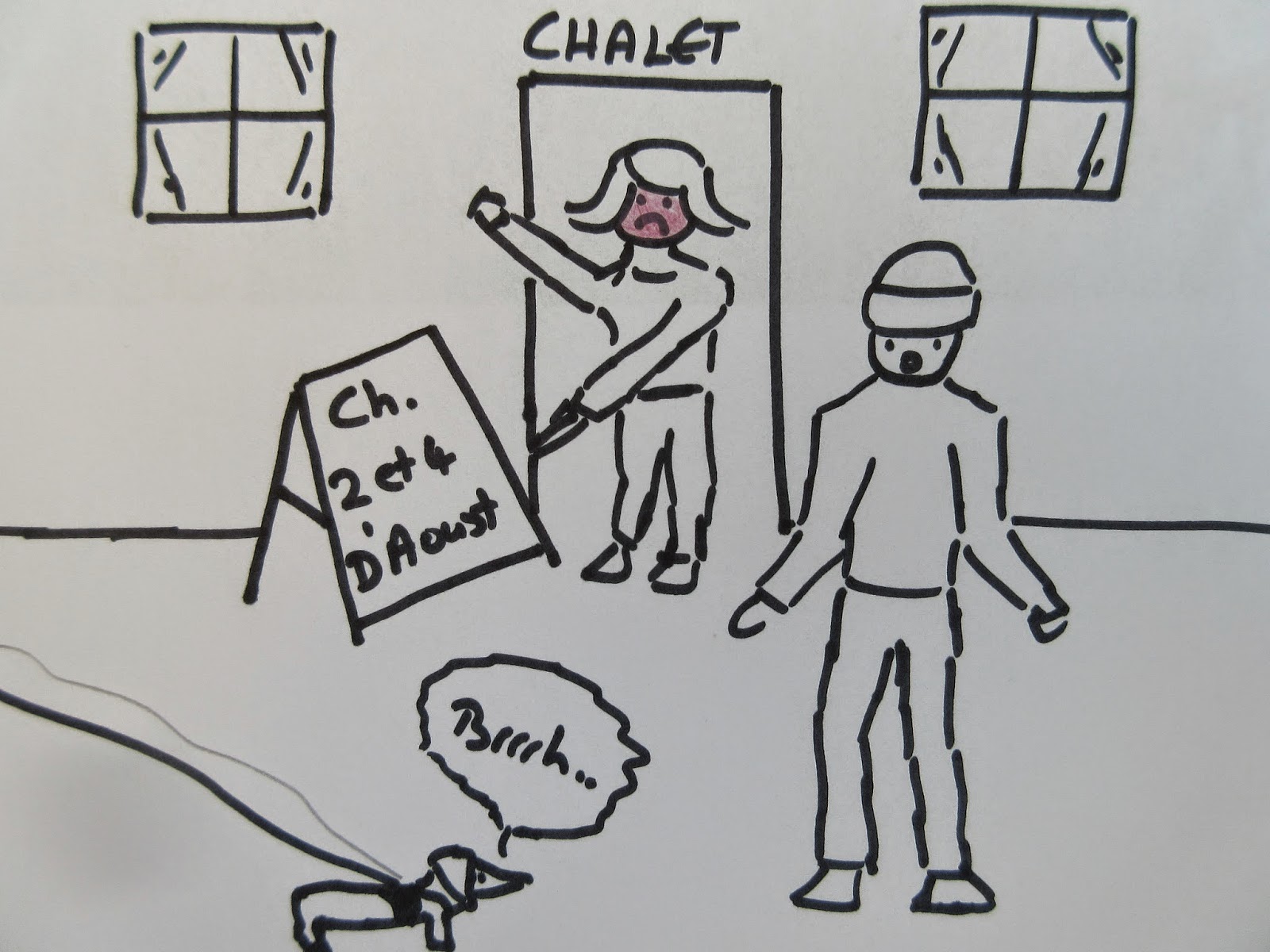 Tootsie, if you came to visit me in Scotland, you would be embraced with open arms. And paws.
Posted by WFT Nobby at 06:04