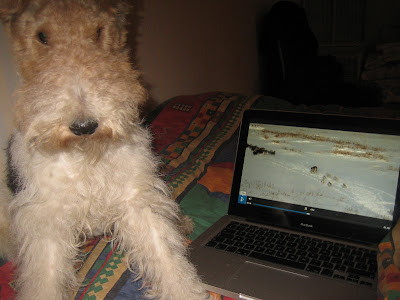 On a dreich November Sunday, what better way to spend the morning than snuggled up on the bed with Gail, watching 'Frozen Planet' again on BBC iPlayer, and channelling one's inner wolf. 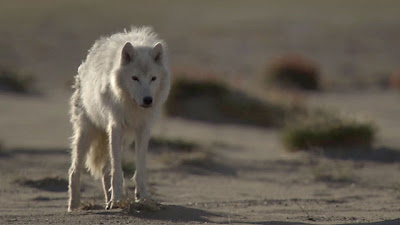 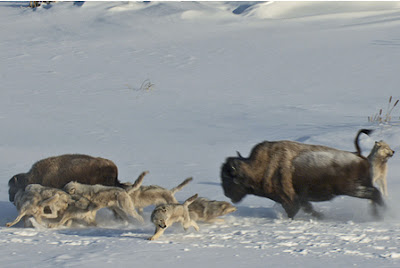 I don't know if my friends outside the UK will have had the privilege of seeing this latest series of wildlife programmes from our incomparable David Attenborough. 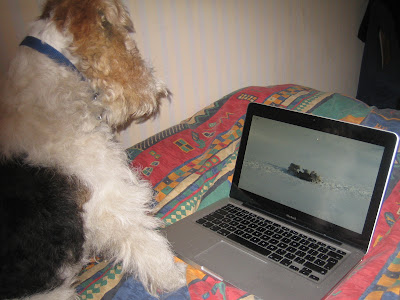 Gail wants to know if any readers can think of a more admirable citizen of this country than the eighty five year old Sir David Frederick Attenborough, OM, CH, CVO, CBE, FRS, FZS,FSA? 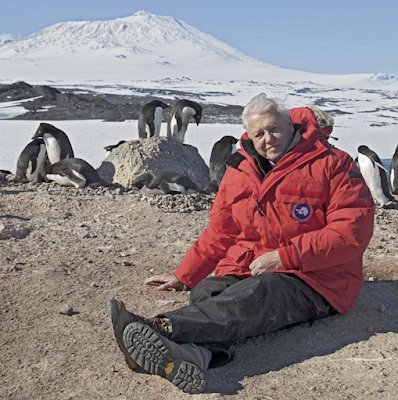 She says, forget about all the no-talent celebrities, the bankers, the politicians, the tabloid reporters, the prima donna footballers, and think for a moment about a man who has truly enriched lives of TV viewers in the UK and beyond for nearly sixty years with his gentle and intelligent enthusiasm, making programmes about the natural world that never fail to enthrall us whilst we also learn much of enduring value.

Now we are not at all sure if Sir David is a 'dog person'. We googled 'David Attenborough dogs' and the best we found was a video of him talking about dissecting a spaniel. What we do know is that anyone whose love of his subject is so great that he will, in his ninth decade, go traipsing around the Polar regions with a camera crew, still full of vigour and sparkle, creating television of matchless quality, should be celebrated and treasured.

I am just a young pup and Gail insists that she is relatively young too(!) We look at Mr Attenborough and feel inspired but also humbled.
Posted by WFT Nobby at 06:08