A rarely-reported side effect of the Astra Zeneca jab? 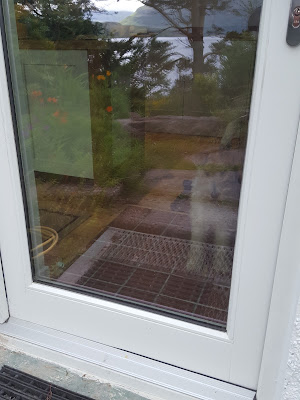 On Saturday morning Gail shut the new glass door in the cottage firmly in my face, ignoring my plaintive look while announcing "I'm just off to see a new neighbour Bertie, I'll be back soon".
Half an hour later she returned and showed me some pictures. 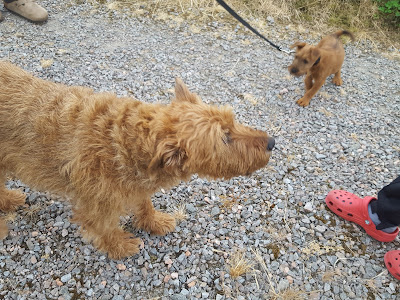 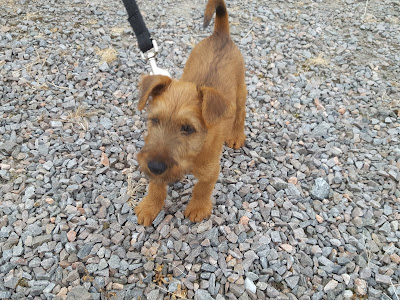 So it seems that my Irish terrier friend Dooley has acquired a new baby brother, also an Irish terrier, eight weeks old and yet to be named.
At this point I think I'm supposed to look delighted and say: "Isn't he a cute puppy. Lucky Dooley".
Dooley is the same age as me, eleven years old, and he is apparently uncertain about the new arrival.
Gosh I totally understand. I like being the only dog in the house and have always hoped Gail is aware of this.
Well the good news is that apparently Gail does realise that I might not welcome a pesky little sibling.
But you could have knocked me down with a feather when she revealed something she'd hitherto been keeping secret! Back in March, the day after her first Covid shot, Gail got wind of a new litter of Lakeland terriers and drove 30 miles, deep into the Aberdeenshire hills, to see these wee pups. She even took a couple of photos. 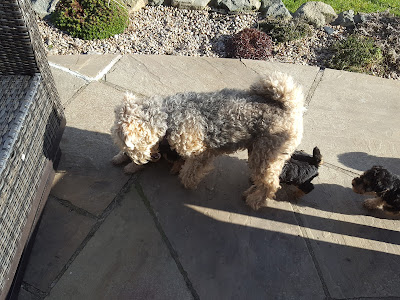 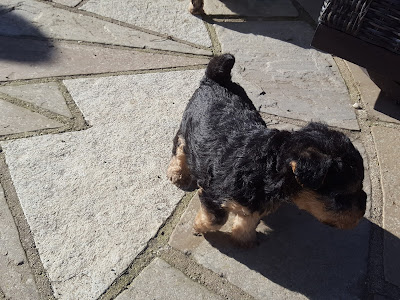 She says the pups were totally adorable, that the owners were responsible breeders etc. etc. and she was very, very tempted. But after sleeping on the matter, and with great reluctance, she decided not to risk my disapproval with an addition to the household.
And now, when people ask Gail if she experienced any side effects after her Covid vaccination, she replies thus:
"Yes, I very nearly bought a puppy!"
Posted by WFT Nobby at 06:00