Bertie has a little grumble

You would think, wouldn't you, that any dog who heroically defended the local territory from an alien attack would deserve better..... 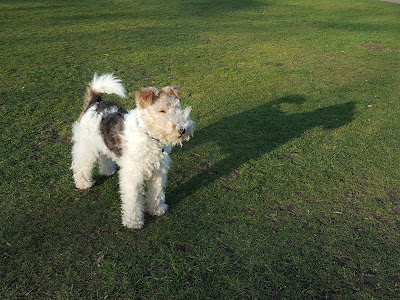 So there I was, enjoying my Saturday morning stroll around Duthie Park, when suddenly I spotted something amiss.

Now I might remind you that Gail has on occasions cast aspersions on my observational skills, particularly in relation to my peripheral vision. But make no mistake, when a group of otherworldly invaders, disguised as humans but with give away balloon-like protrusions extending from their rear ends, are staring me right in the face, I know what I'm seeing and I act! 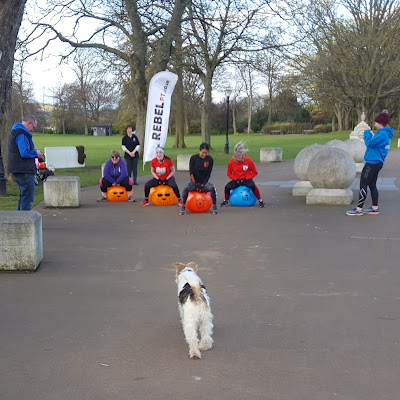 How I would love to report that I punctured those weird protrusions with my bare terrier teeth, but the truth is that Gail intervened before I could reach them, and firmly clamped on my lead.

I remain, however, convinced it was only because of the threat I posed that the attack situation was defused and the 'aliens' went peacefully about their business, bouncing in ungainly fashion at ever decreasing speed around the park until they collapsed in exhaustion.

So yes, where were we? You would think such valiant behaviour would merit some special treat, would you not?

Especially as earlier in the week I had been suffering (thankfully briefly) from a sore paw.

So when Gail announced that she and her friend Yvonne were off to Café 52 that night for a "nice meal out", I felt sure I would be invited along too. After all, this is a renowned dog friendly Aberdeen restaurant. And - let me remind you again - I surely deserved some extra attention. 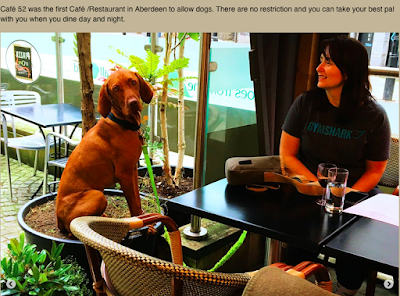 I can't believe I was left alone at home.

And quite why Gail imagined that she could make it up to me by showing me a photo of the menu is beyond comprehension... 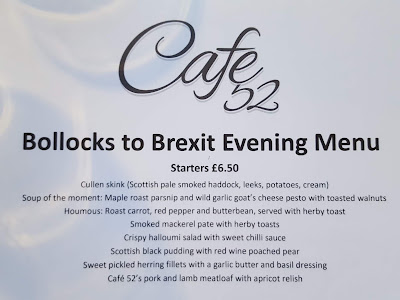 If only she had thought instead to bring back a doggy bag with some of that black pudding...