Winter at Balmoral (no Corgis in sight)

Contrary to the impression given by calendars featuring the Scottish Highlands, it is rare indeed that our winter weather is conducive to the perfect outing in the mountains.

But just every once in a while, the weather gods permit that ideal combination of blue skies, no wind, enough snow to cover the ground but not too much to make walking difficult, and the right temperature so that the snow is in a pristine  powdery state (neither slushy nor icy). Such was the case this Saturday.

In general it is easy, on days when fine conditions prevail, to persuade Gail to seize the moment (especially when the alternative is shopping for a new oven). And so it was that we headed out first thing to Ballochbuie Forest on the Queen's Balmoral Estate, one of our all time favourite places.

Actually, Gail said something about needing to celebrate that civilisation had more or less survived a year of You Know Who as President...

We first stopped for a wee peek at Crathie Kirk, 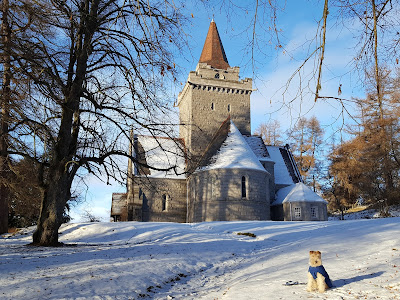 but the doors were locked, 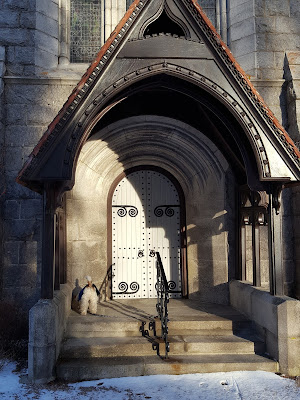 and so it was onwards for a four mile romp in the sparkling forest. 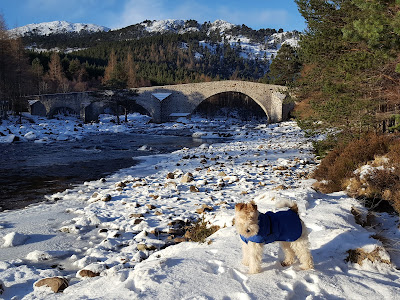 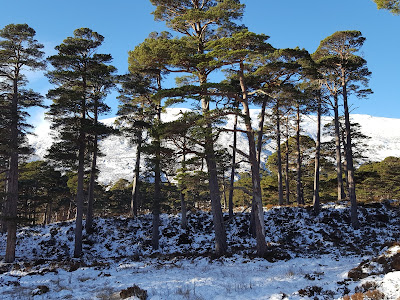 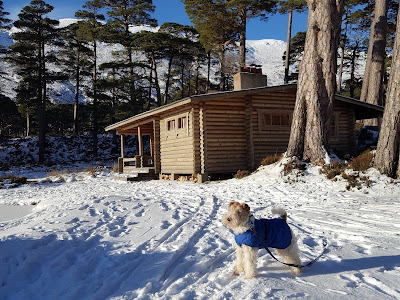 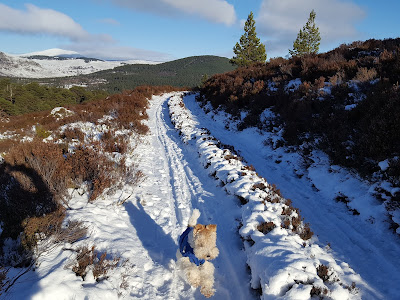 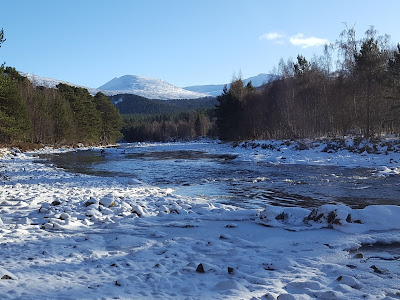 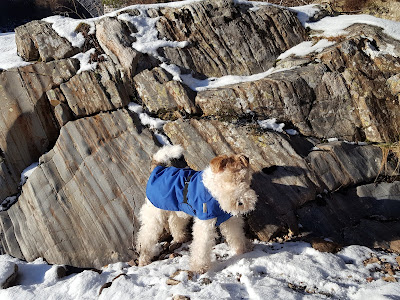 I thought we might see some corgis but apparently they are all soft southerners and prefer to stay at Windsor or Sandringham in January. I did encounter a bad tempered spaniel who nearly succeeded in taking a chunk out of my flappy little ear. I was so brave about it that Gail only realised when we returned home that I had sustained a very small cut.

On the topic of the Royal Family, I confess I am still holding out hope that I might be adopted by Harry and Meghan. They seem such a lovely couple. A few weeks ago, they even chose Nottingham for their first joint official visit. Such excellent taste! Although I am not aware they have been to Balmoral yet. I hope it is not politically incorrect to point out that my colouring (a mixture of black and white, with reddish furs on my head) would make me the perfect modern Royal Mascot for this particular duo?

PS Thank you for all your suggestions for boots to protect my sometimes sensitive paws. I'm afraid I live with a human who is indecisive about these matters so it will probably be summer before she has placed an order...