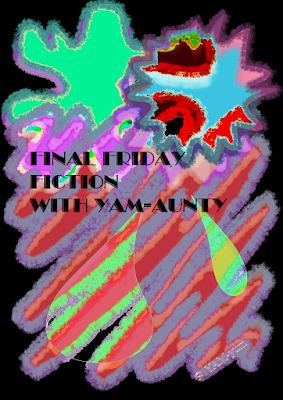 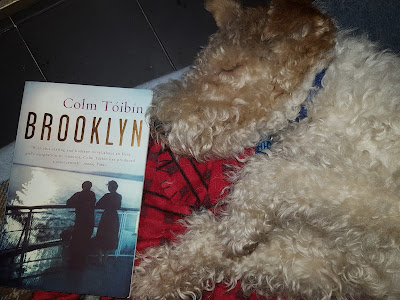 Today Gail has elbowed me aside from my blog, as she wants to enter YAM-Aunty's Final Friday Fiction challenge on her own account. So I apologise for the fact that this post has absolutely nothing to do with dogs. Take it away Gail...

The source text is 'Brooklyn' by Colm Tóibín, and the phrases (from p87) to be used in the story are:

Line 8:  she realised that it could not be him

Line 12: went back to the kitchen and set about checking the...

Line 16: she would tell no-one, that she had imagined

[After last November's 99% non-fictional tale by Bertie, at least one the key element this time, involving a fictional tankard, is a product of my imagination, although regular readers of this blog will still recognise many strongly autobiographical elements. In choosing Colm Tóibín's 'Brooklyn' I found it impossible to escape the echoes of sadness and longing that permeate every sentence of this beautiful book]

It occurred to her after he died that her father's childhood had been blessed with happiness and love. It is a commonplace how in old age and dementia, the early years are not erased, and she took comfort from the thought that, when so much was lost, those fragments of memory still intact had the power to transport her father to a place of comfort and peace.

Towards the end, those memories of childhood seemed most often to settle on his beloved older brother Alec. Alec was the steady, practical one. Kind too. At Alec's funeral it was said how he always looked for the good in people. He liked to make things. In a phase of experimenting with pottery, Alec had given her father one of his early efforts, a tankard with a simple picture of the old family home painted on the side.

Her father treasured this tankard, alongside others he accumulated over the years. The collection sat in an orderly line, left to right, largest to smallest, on a shelf in the kitchen.

When the confusion wrought by the Alzheimers intensified, her father could often be found rummaging unsteadily in the kitchen, searching out Alec's tankard. Having located it, he would repair to his favourite seat (later any seat, when he had forgotten how to find the favourite one) and sit clutching the tankard, silently smiling, his now habitual restlessness momentarily quelled.

Her father had been dead a year. Her parents' home would shortly be sold, and she was staying there alone, sorting out the family possessions. One night, in her sleep, she heard a familiar footfall downstairs and abruptly she woke, thinking that's him, father, up in the night again, I must go down and check he's OK. And then she realised that it could not be him, that it was a dream, and she fell uneasily back to sleep.

Early next morning, she went downstairs to make a cup of tea and was startled to see that all the kitchen cupboards had been opened. The front and back doors were still locked and there was no sign of a break-in. In the other rooms she found nothing amiss. She went back to the kitchen and set about checking more thoroughly to see if anything had been taken.

And then she saw the gap in the shelf, and that Alec's tankard was missing.

And she would tell no-one how she had that morning imagined her father, finally resting in peace, clutching forever his memories of his brother and of happiness.

This is a blog hop. Click here to see the other stories.