A word about Wojtek 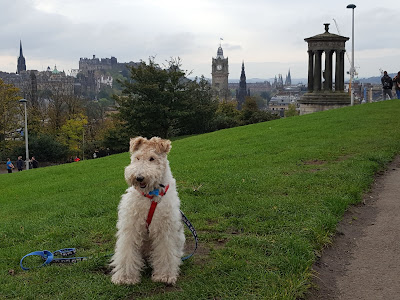 I expect you would all prefer that I steered clear of the dreaded topic of Br*x*t.

Well I do try to keep my mind on higher things, but you know how it is, every now and then, something reminds you of what a pickle my country has got itself into.

So on Thursday, en route to Nottingham by train, Gail and I stopped off for a walk around Edinburgh for an hour or so, and we ran into these fine fellows in Princes Gardens. 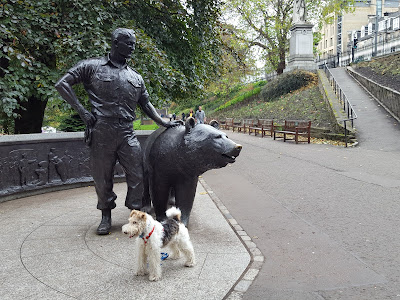 Meet Wojtek, the brown bear from Syria, adopted by a company of brave Polish soldiers in World War Two. Wojtek helped carry ammunition in the battle against the Nazis at Monte Cassino and had many other adventures before spending the final years of his long and remarkable life in Edinburgh Zoo. 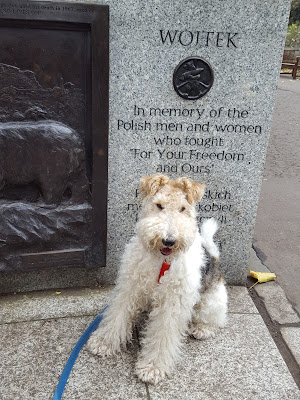 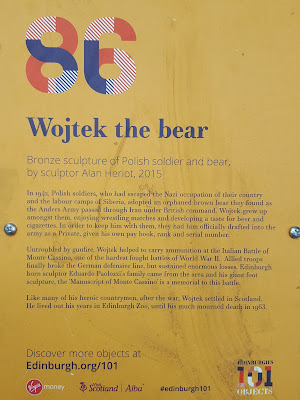 Many Polish soldiers who contributed so much to defending our country settled in Britain after the War (including the fathers of Gail's school friends Bronia and Halina). More recently, of course, large numbers of enterprising Poles have come to the UK for work, enjoying the fruits of decades of peace in the European Union.

Gail and I think we know what Wojtek and his Polish soldiers would have thought of the knaves and fools in charge of this country's future relationship with the rest of Europe.

We visited Human Granny yesterday, and found her in good spirits, if ever more bent and also worried about what sort of a country her grandchildren (who most certainly did not vote for Brexit) will inherit. 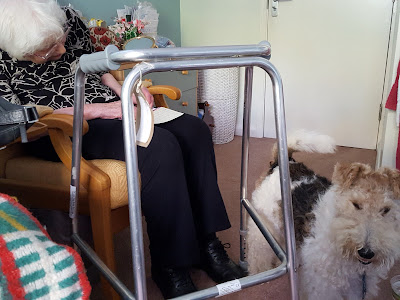