The worst thing about this picture... 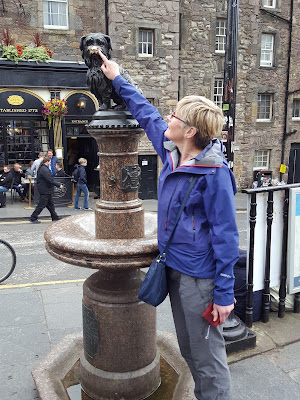 Where do I begin?

So those of you who know the Greyfriars Bobby story will have worked out that Gail is in Edinburgh, and the observant amongst you will have noticed that I am not there.

Gail could of course have taken me to Edinburgh - after all we know I am an excellent traveller and a well behaved house guest - but she claims it would have been "inconvenient" as she was down for a couple of days with her Book Group, attending various Festival Fringe events.

Have you ever been called "INCONVENIENT"???!!!

What's more, it has come to my notice that one of the events the Book Group attended was a comedy show by Sara Pascoe, and this apparently included several references to Ms Pascoe's love of dogs... (including a routine about how her now ex boyfriend refused to let her have a puppy so she considered instead getting pregnant so she could then dress up the baby as dogs of increasing size, from chihuahua to St Bernard, as it grew. I guess you had to be there.)

Gail and friends also had lunch at a restaurant called 'Badger & Co', located in a house where Kenneth Grahame (author of Wind in the Willows) once lived. I would have enjoyed that too. 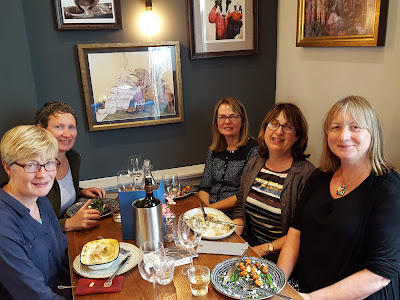 I am pleased to report Gail is now safely back home and even found time to take me for a nice riverside walk this afternoon, and although we saw neither Mole, nor Ratty nor Badger, all is well. 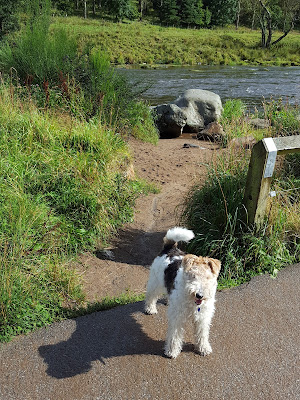