Well I've now been in Nottingham long enough to have established a regular morning walk. Perhaps you would like to join me?

Before heading down the road to Beeston lock, it is important to check there have been no overnight trespassers in Janet's wee front garden. 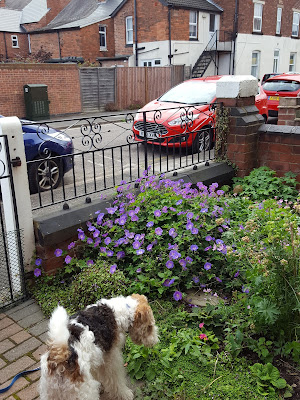 When we reach the canal, I like to inspect the houseboats, and contemplate an alternative life style. 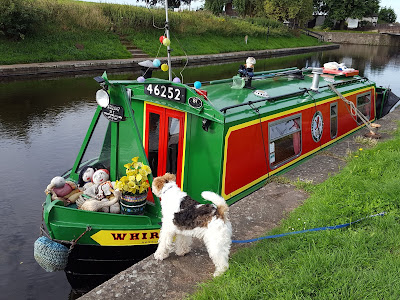 The river Trent flows beside the canal here, and yesterday, when Gail was admiring the reflections of the willow trees on the far bank, I inadvertently stepped into to water that was deeper than anticipated and nearly had to be rescued. (Gail was too shaken to take any photos of my wet and muddy self). 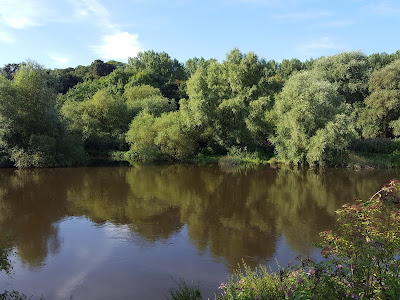 To continue the circuit we cut through the grounds of the Nottingham Casuals rugby club. Human Grandad used to play for this club in the 1950s. 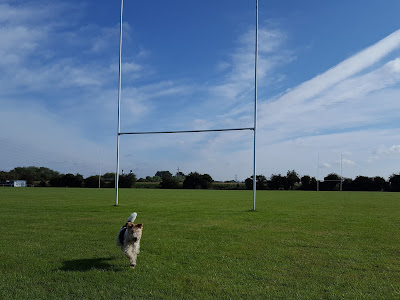 Just a few days ago Gail asked an old family friend, the wife of one of HGD's erstwhile rugby club pals, about the origin of the name 'Casuals'. The reply came back thus: "Well I don't think they took the game too seriously Gail, they were all a bit hopeless really, and mostly interested in the booze..." And then she went on the describe the pub on the edge of the Lace Market (in the days when that part of Nottingham was derelict not trendy) where the rugby players and the braver of their girlfriends congregated after the games, and how it always smelled of cat pee.

Those were the days...

Back to the walk. Finally, we return along the embankment on the other side of the canal. 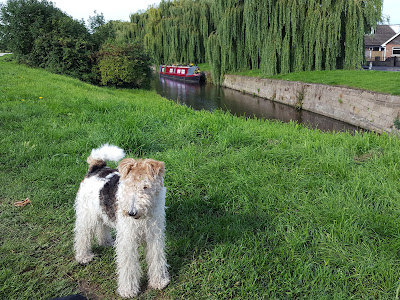 Although this stretch is best avoided on Saturday mornings when the 'Park Run' fraternity meet. 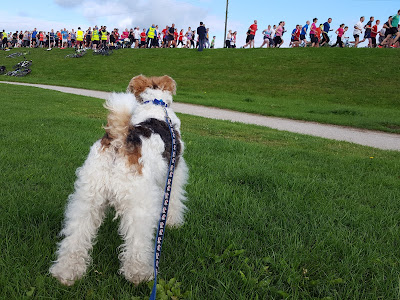 It is, of course, a good place for making friends. And as Gail is always reminding me, Nottingham has long been famed for its surplus of pretty girls... 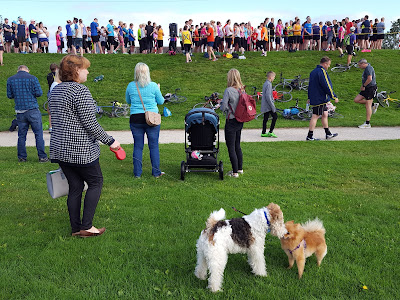 Well apparently our summer sojourn down in Nottingham comes to an end tomorrow when, after calling in to wish Human Granny Happy Birthday, we shall be setting off home to Scotland.