On 'Being a Beast' 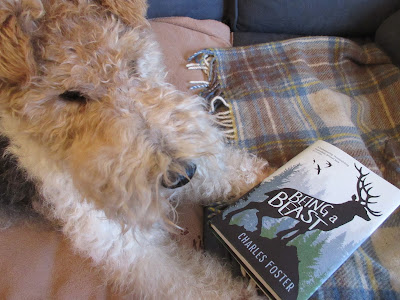 Gail, I see you have a new book, 'Being a Beast' by Charles Foster. The title sounds interesting. Do tell me what it's all about.

Well Bertie, where to begin? The author, who is an Oxford academic and also a qualified vet, decided he would attempt to experience life as a variety of wild animals and then write about it. So he spent several months living as a badger in a makeshift set. He also had a shot a being an urban fox, an otter, a red deer and, perhaps least successfully, a swift.

Hmmm. Most intriguing. How did the badger thing go?

So the badger chapter opens with the arresting statement: "When you put a worm in your mouth, it senses the heat as something sinister". Later on he deploys the wine tasters' concept of 'terroir' to describe the way the taste of a worm varies according to the soil type in which it lives.

Gosh, isn't that a tiny bit pretentious? As well as unpleasant. Did he fare any better as an urban fox?

Not really. It seems the policeman who found him sleeping rough under a rhododendron bush on private land was not too impressed with his "I'm trying to be a fox" line and told him to "bugger off home, SIR, and get a life".

Oh dear, it all sounds a most unpromising enterprise. Perhaps it would have been easier if the author had chosen to replicate a dog's life?

Well Bertie, I suspect that a daily routine of being taken for nice walks, having all one's food provided in a clean and convenient bowl on the kitchen floor, and spending evenings being given belly rubs on the sofa, would not offer the sort of 'nature red in tooth and claw' experience Mr Foster had in mind for the book.

You have a point Gail. And anyway, who needs to read about humans pretending to be dogs when so many of my own species have already mastered the art of social media….?


P.S. For those readers interested in the progress of my 'Ambassadog' application - there will be an update on Tuesday this week. Watch this space!

Labels: Charles Foster, On Being A Beast