Inspired by a truly great American...

If I tell you I was thrilled when I learned I would be spending an afternoon at Prestonfield House in Edinburgh, then you'll probably be thinking I was just looking forward to taking part in the final of the Ambassadog contest (see previous post).

How wrong you would be.

The rest of the dogs last Sunday might have been happy to romp around on the lawn all afternoon and perform silly tricks for the cameras, but you'll know that such trivia would not satisfy your Bouncing Boffin for long. 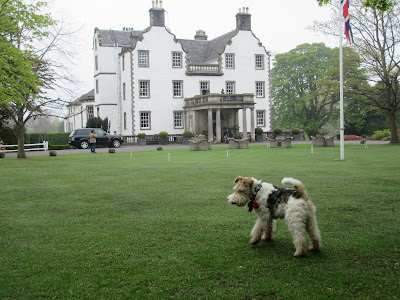 So when no-one else was looking I snuck away from the official proceedings and entered the hotel, in search of a very special room. 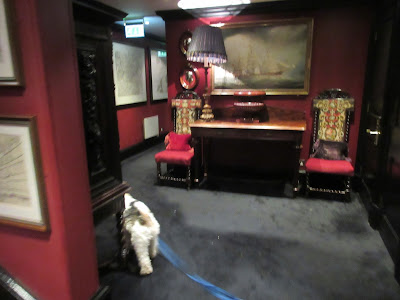 I took a few wrong turns... 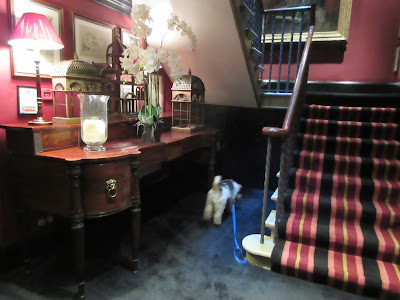 Then regained my bearings. 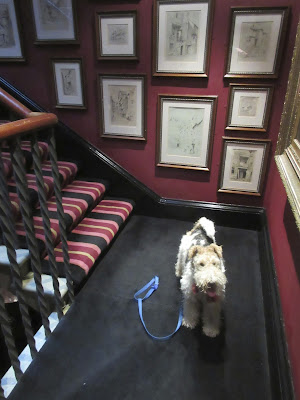 I exercised great self control and desisted from chewing the furniture... 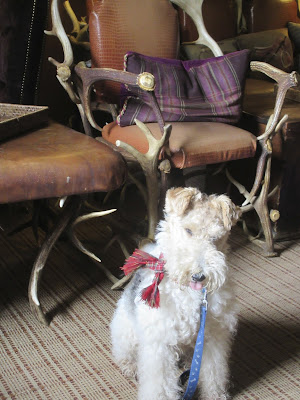 And eventually I reached my destination. 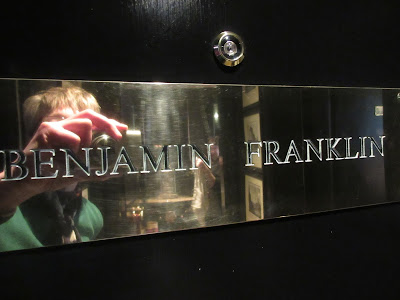 Isn't that exciting! The Benjamin Franklin Suite! Yes the great man really did stay right here during a visit to Scotland in 1759.

So I had a good sniff around and imagined conversing about theories of electricity with one of my scientific heroes. 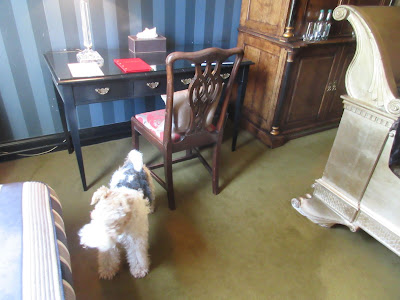 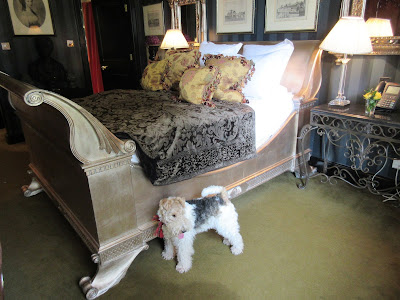 Gosh I felt so inspired. I could only feel pity for those poor ignorant pups who had stayed outside and missed such a wonderful opportunity to commune with the spirit of genius across the centuries.

And although I am not the official 'Ambassadog' (and to demonstrate that there are no sour grapes) I still want do my bit in telling the world about my wonderful homeland. I feel I can do no better today than to leave you with words from Mr B. Franklin himself, taken from a letter he wrote to one of his Scottish hosts:

"….the pleasure we had enjoyed, and the kindnesses we had received in Scotland, and how far that country had exceeded our expectations. On the whole, I must say, I think the time we spent there, was six weeks of the densest happiness I have met with in any part of my life; and the agreeable and instructive society we found there in such plenty, has left so pleasing an impression on my memory, that did not strong connexions draw me elsewhere, I believe Scotland would be the country I should choose to spend the remainder of my days in."


PS You might also like to know that when Benjamin Franklin stayed at Prestonfield House, his host was the eminent Edinburgh physician Sir Alexander Dick, whose many claims to fame include having introduced rhubarb to Scotland...

Posted by Bouncing Bertie at 05:30