Appleby floods and a trip down Memory Lane

So Gail and I have now arrived in Nottingham for Christmas, after an overnight stay in Appleby-in-Westmorland.

British readers will know that Appleby was in the news earlier this month, having suffered dreadful floods in the wake of storm Desmond. 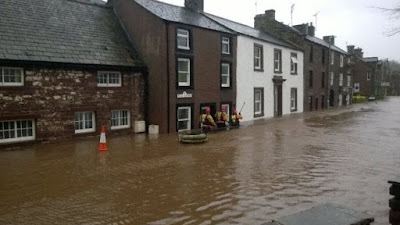 In truth, I was a bit worried when Gail said we would be staying there. I am a dog who likes his creature comforts and I didn't much fancy having to get my paws wet in order to access my room.

Gail said don't be silly Bertie, we'll be staying at the Royal Oak again and don't you remember it's at the top of the hill? And in truth the accommodation was not only dry but exceeded my expectations in other ways too. Gail had booked a single room but we were shown into an annexe with kitchen, sitting room, two bedrooms and the bathroom, all to ourselves, at no extra charge. 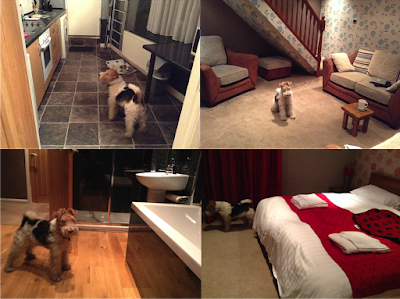 Another good thing about the Royal Oak is that dogs are allowed in the bar/restaurant, along with sundry rum characters. 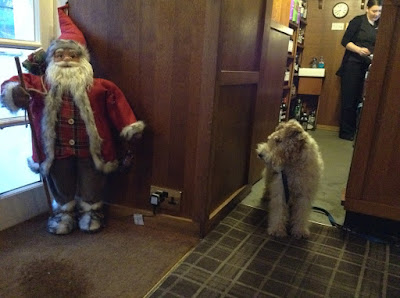 In the morning, before completing the journey, we had a wee nose around Appleby, and spotted plenty of signs of the recent inundation. 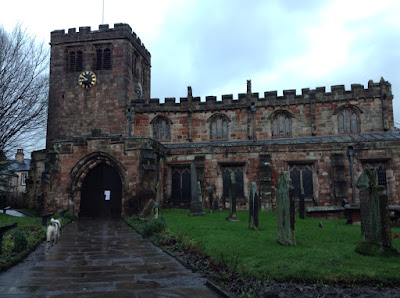 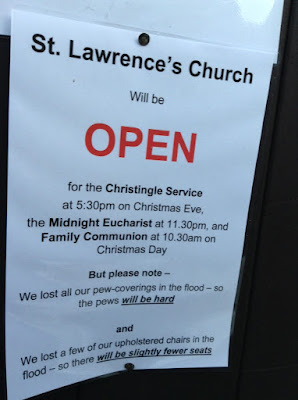 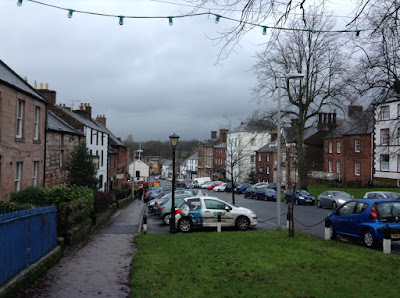 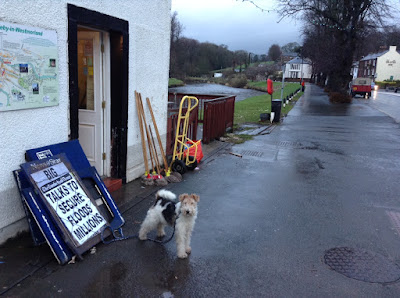 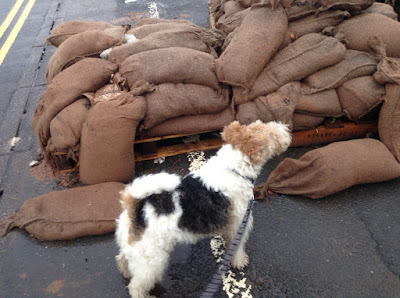 All very sad, seeing so many homes and businesses so dreadfully damaged, and just before Christmas too. But I have to tell you that when we got down to the river Eden, Gail smiled a little smile, as if she wanted to tell me a secret, and said "Bertie, you know, I am quite well acquainted with the water in this river". 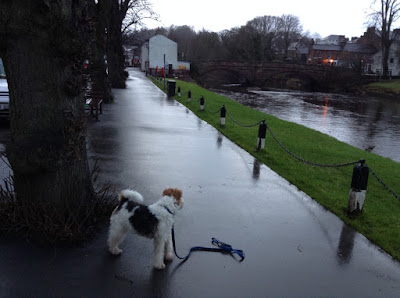 It turns out that Gail first came to Appleby in  July 1979, on a field course in geological mapping, as part of her undergraduate studies. She and her fellow first year students spent ten sodden days (yes apparently it always rains in this part of the world) tramping across the moors, mapping a feature known as the 'Cross Fell inlier'. On the final night, after sampling the beer in each of the town's then thirteen pubs, the would-be geologists all somehow ended up in the river for a chilly midnight plunge. 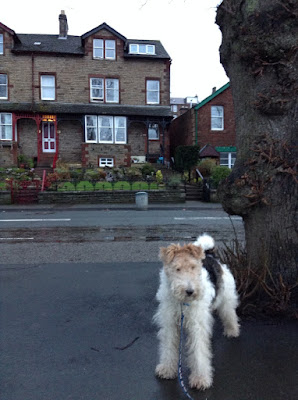 Here I am standing in front of what was in the late seventies a cheap guesthouse. This was where the students stayed. Gail remembers the proprietress, a lady perhaps in her late fifties, with long dyed black hair arranged in ringlets with bows, whose everyday wear consisted of a low cut pink satin dress with flounces, fishnet tights, platform shoes and a few shovelfuls of garish makeup. Every night, dinner was served by this exotic creature's mother, clad in a floral housecoat, moth-eaten slippers and crumpled stockings à la Nora Batty. She would shuffle in, announce "'ere's yer roast", and then plonk in front of each student a plateful of lukewarm grey beef covered with watery gravy, accompanied by boiled-to-death potatoes and veg. Pudding was jelly and vanilla ice-cream. For the last meal, as a special treat, the beef came with Yorkshire pudding and the ice-cream was 'Neapolitan'.

Happy days, according to Gail.

Talking of happy days, I am going to see Human Granny tomorrow. Yippee! It's been too long.

Posted by Bouncing Bertie at 05:18