FFHT September: A Meeting with Royalty...

Today is, of course, the day for Murphy and Stanley's FFHT. Hooray! As usual, this month's special phrase is highlighted in red in the story below. 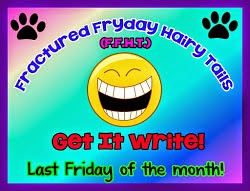 "Hey, look at you, woolly WFTer with the painted paws!"

That's what some dumb mutt barked at me in the park yesterday. But did I care? I did not. Let me explain why.

It is only fitting, don't you think, that royalty in the dog-blogging world should on occasion consort with fellow celebrities from other walks of life?

Oh how I have always wanted to meet the diminutive pop star known as Prince. I feel he is a kindred spirit. So much charisma packed into a small frame. Such an interesting and creative chappie.

And, reluctant though I am to admit it, my home town of Aberdeen is not always top of the list of places in Europe which famous Americans want to visit. (Excepting Donald Trump of course, and the least said about him the better).

In prison earlier this summer, I had time to think long and hard about how I might tempt Prince to come and visit NE Scotland.

I carefully studied his song lyrics to glean some ideas, and suddenly, inspiration - aided by Wikipedia - struck.

As you are aware, Scotland is renowned worldwide for its damp climate. Normally our rainfall is kind of a dreary greyish colour.

Another point to note is that September is blackberry season and this year’s crop has been abundant, perhaps on account of the precipitation.

So my idea was to conduct an experiment, using local resources, which I hoped might catch the attention of the wee mannie from Minneapolis, Minnesota.

First of all, I arranged, through my extensive local contacts, for every single blackberry bush in within a 20 miles radius of Aberdeen to be stripped bare of fruit. With the assistance of some industrial sized kitchen equipment, the mountain of berries collected was then crushed to a juicy pulp.

As for the next step, how fortunate we are that the RAF base in nearby Lossiemouth is still operational.

Now it was merely a matter of timing.

I waited until the Met Office was predicting several days of continuous rainfall, then summoned a fleet of specially adapted Tornado jets to fly above the mass of clouds gathering to the west, and spray them with a generous quantity of my blackberry juice.

Of course, Prince heard about the sensational weather phenomenon on social media and flew straight over to Scotland. I was there at Aberdeen airport to meet him. It was still raining. I raced across the runway through the puddles. And that’s why my toes turned purple.

Prince was so awestruck by the spectacle he scarcely glanced at me. But did I care? I did not. My long cherished dream had come true. And no-one was going to be allowed to wash my paws for at least a month! 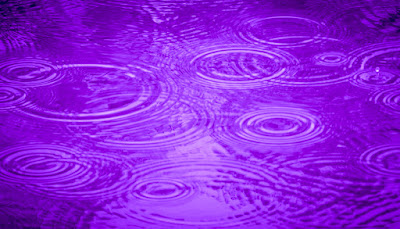 PS Gail says I might be in contention for the most ludicrous and contrived FFHT ever written. When will I be ever taken seriously (sigh)?