So Gail consigns me to prison for over two weeks (and no Madi, it was not ‘camp’ and I did not develop any new craft skills nor learn 'fun' campfire songs) and then she has the temerity to complain that I am “a bit smelly, well actually more than a bit” when she comes to pick me up.

Like she was all fresh as a daisy, still in her travelling clothes and unwashed after a sixteen hour journey overnight.

Oh yes, and worse, when I arrived home I detected a distinct whiff of OTHER DOGS emanating from her dirty laundry bag. 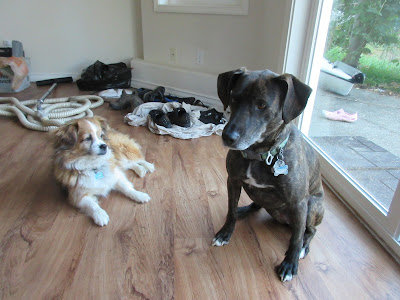 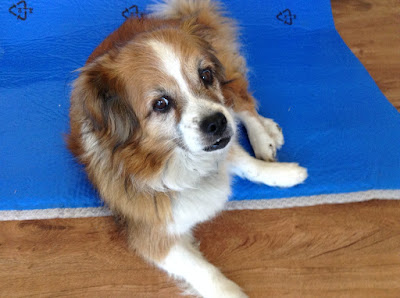 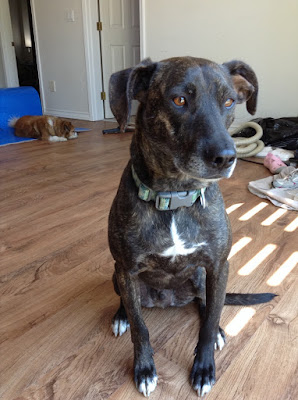 Gail was apparently not the only person to have observed Josh’s brindle coat and queried the story about his parentage. Another friend of Marse’s had earlier noted that certain of the less scrupulous rescue centres in the USA will tell prospective owners a dog is part lab when they really mean part pit bull…

Anyway, you will pleased to know that both Gail and I are now bathed and groomed, the laundry has been fumigated, and I have reclaimed sole rights to my errant owner. 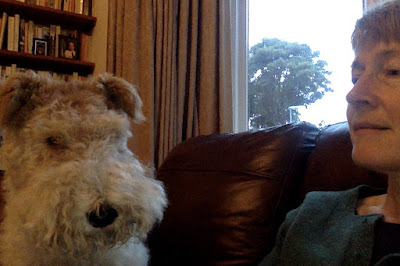