So we were late to the park on Saturday morning. I had allowed Gail a wee lie in and it was past eight o'clock when we reached the rather fine North entrance. 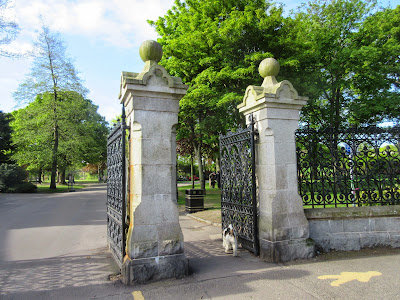 "Oh my goodness it's like Piccadilly Circus here today", Gail exclaimed as I checked the visitors' register and signed in. 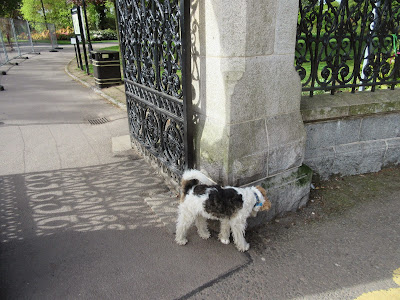 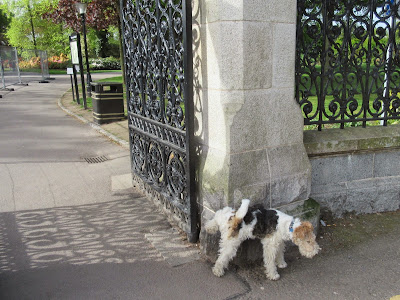 Indeed, several of my pals were already racing around and I hastened off to join them. 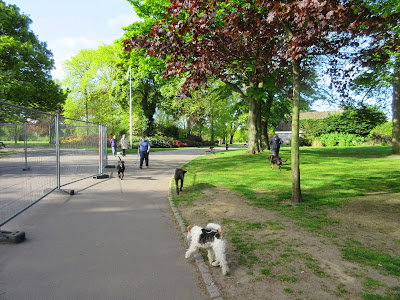 On workday mornings Gail can be quite the bossy boots with the "come on Bertie hurry up don't dawdle we haven't got all day I need to go to the office" business , but, thank heavens, a more relaxed regime operates at the weekend and I had plenty of time for socialising.

Eventually I reached the far corner of the park, and saw that Gail was still chatting with another park goer, about, one assumes, something rather boring (most human conversations are like that). 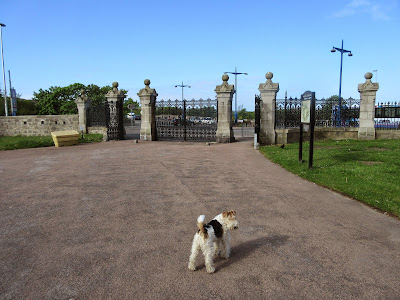 On Saturdays we usually extend the outing with a stroll along the River Dee. This entails leaving the park by these southern gates and crossing a busy road.

So I sat patiently waiting for Gail so she could attach my lead and we could safely proceed. 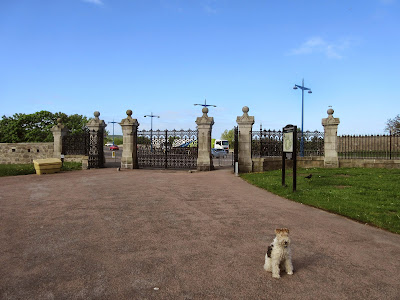 Yes, you are right, I can be very well-behaved when I choose.

I was set free again when we reached the riverside path, although I decided not to run over and say hello to the two Westies near the park bench, as one them was off-puttingly yappy. (Sorry, Whitley and Finley, but it's true!) 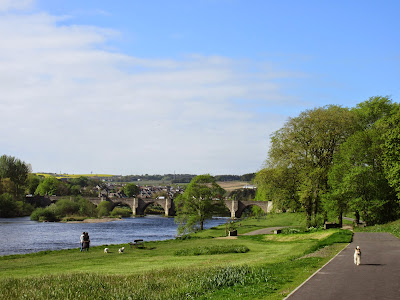 And sometimes one prefers just sniffing around by oneself anyway. 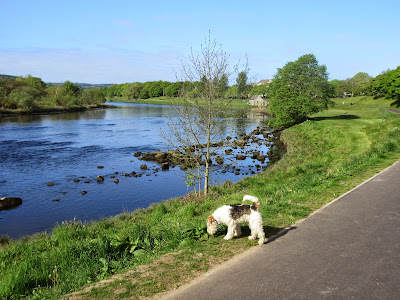 I do enjoy my Saturday mornings.

Posted by Bouncing Bertie at 16:12