We all need cheering up sometimes 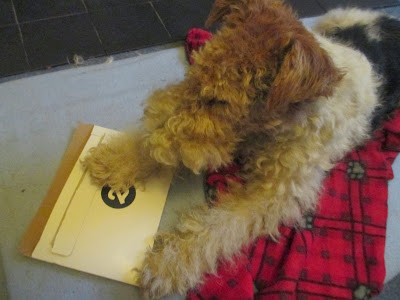 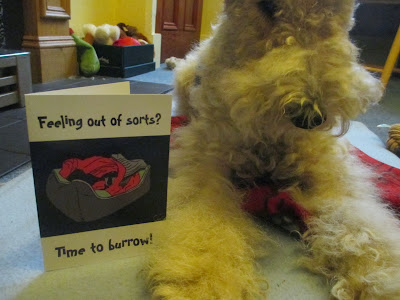 Oh by the way, has it ever occurred to you that this blog is just like the British Broadcasting Corporation?

It hasn't? Really? Let me try and explain. So what do we, me and the BBC that is, have in common? Well I can think of three things right off:


The fact www.bouncingbertie.blogspot.com remains a shoestring operation, lacking BBC's multimillion pound budget, is down to the unfortunate lack of government legislation requiring my readers to pay a licence fee. (Believe me, the BBC's aggressive pursuit of those it deems, often wrongly, to have failed to cough up for a licence, has much of the terrier about it...)

Anyway, as sometimes happen at the BBC, this blog's high-minded attempt to remain unsullied by commerce occasionally comes into conflict with the real world. How so?

Some of you will already be aware of my lovely Bicontinental Dachshund friend Tootsie's Shoppe. Well a few weeks ago she invited her pals to leave comments on what they thought of the Shoppe, with the incentive that the names of all the commenters would go into a prize draw.

And guess what? I won. So exciting! The prize was a pack of the most beautiful cards, as pictured at the top of this post. They are of course available from Tootsie's Shoppe. Gosh, I am sure you have a friend who needs cheering up and would love to receive one of these cards.

Of course there are lots more dachshund themed gifts available; original, amusing and utterly delightful, every single one. I have even heard a rumour that a card featuring a wire-haired fox terrier is in the offing.

And can you believe that my notoriously tight fisted owner has actually ordered one of Tootsie's mugs? Paid for with real money (well a credit card).

I am being told to get back to my core mission. Educate and enlighten.

So. Did you know that Lord Reith, founder of the BBC, was born in Stonehaven, just down the road from here? No I didn't either, but isn't Wikipedia a wonder!

PS. Thank you so much for your marvellous response to my last post in which I invited  readers to apply to be my godparent. Gail and I are busy reviewing the comments and we shall be providing feedback to all the applicants in a post later this week....
Posted by Bouncing Bertie at 17:02