Celebrating Professor Higgs and his Boson

A whole week has gone by since the announcement and I haven't yet told you how thrilled I am that our very own Scottish boffin, Peter Higgs of Edinburgh University, has won the 2013 Nobel Prize for Physics.

Now I have blogged before about Professor Higgs and his boson, and I am pleased to report that, of all my 404 published posts to date, The Higgs Boson Diet Plan has been the most popular by far, with over 1350 page views, more than double the number recorded for the nearest contender. Yes really! Who knew my readers had such a passion for particle physics?

So I hope you won't all be too disappointed today when I steer clear of explaining the significance of the Nobel Prize winning research - after all, it was published nearly half a century ago - and instead say something about Peter Higgs the person.

What a nice chap he sounds. Shy, modest, retiring, brilliant, this eighty-four year old still does not own a mobile phone. When journalists were unable to contact him after the prize was announced, it was suspected in some quarters that he had disappeared off into the Scottish Highlands for a walking holiday, to avoid the predictable press brouhaha. (This turned out not to be true, but the fact that it was thought likely tells you a lot.) Also admirable is the fact that Professor Higgs apparently dislikes his boson being referred to as 'the God particle', in part because, although he is an atheist, he does not want to offend religious folk.

My in-depth research (i.e. googling Peter Higgs + dog) has, I'm afraid, failed to yield any indication that Scotland's most famous living physicist is a dog lover, but one can live in hope.

Below are some pictures of my weekend walk in Glen Tanar. Yes I admit that these are not strictly relevant to the rest of this post, other than that this is surely a place which would appeal to a distinguished Nobel laureate who prefers to lead a quiet life. 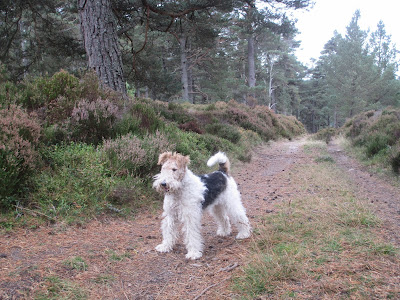 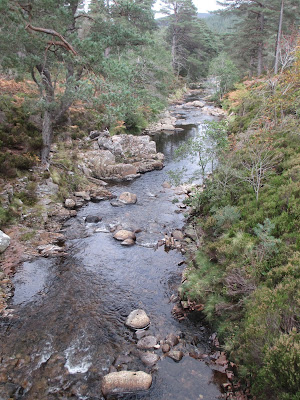 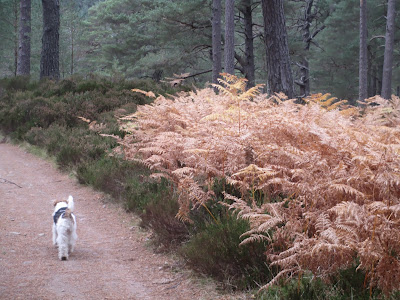 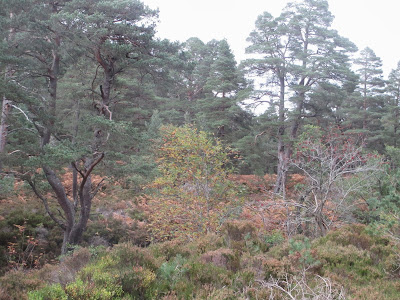 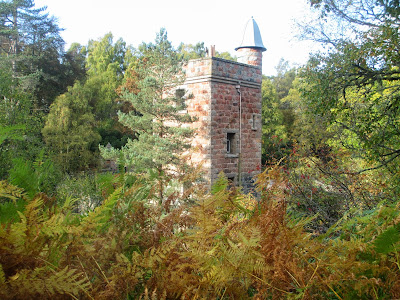 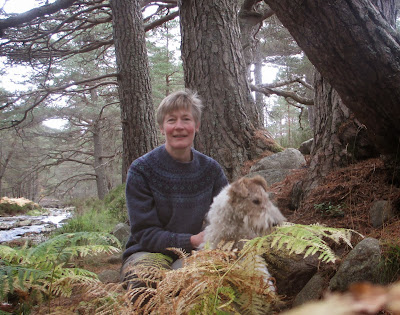