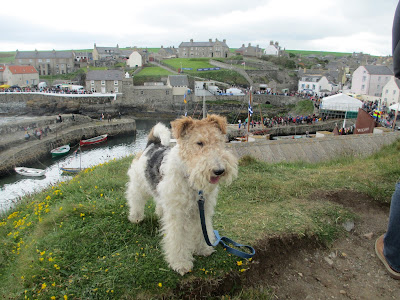 So when Gail bounced out of bed on Saturday morning and said "look sharp Bertie, we're off to the Scottish Traditional Boat Festival in Portsoy" I was deeply suspicious.

I mean I thought all the WATER MANIA business was supposed to be confined to Sarge's blog...

Well it came as some relief to learn that the trip wasn't going to involve any actual immersion in the sea. Then when a quick glance at the festival programme told me that the streets of this quaint little former fishing village on the Moray Firth would be lined with stalls selling local produce, I began to think there might be some point in the exercise after all.

And yes, in the end, I admit, it was quite fun wandering round the harbour looking at all the old boats. 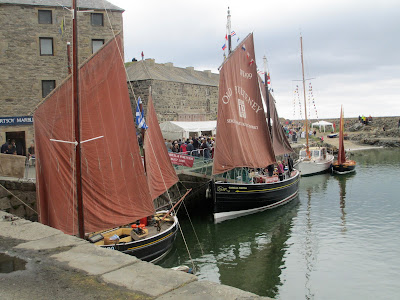 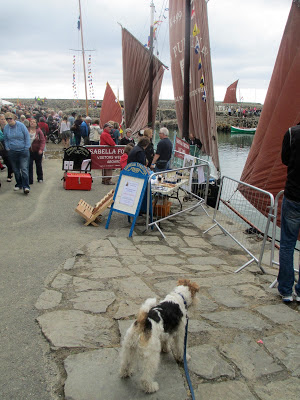 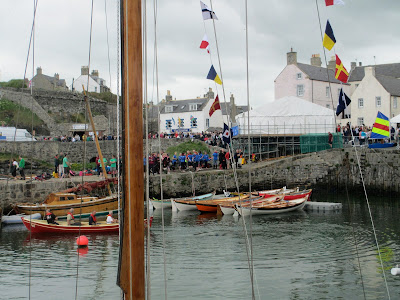 I even made friends with one of the crew. 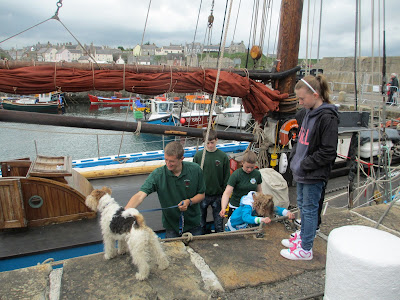 To be sure, some of the craft looked more seaworthy than others... 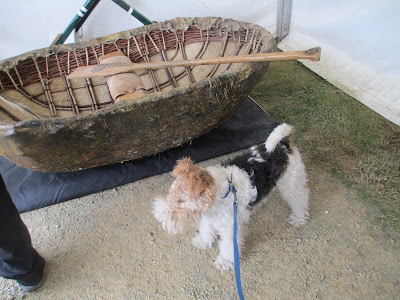 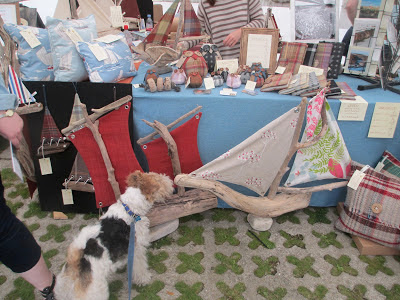 My patience was wearing a bit thin when Gail tried to get me to pose in front of this stall, just so she could make some feeble 'joke' about rare breeds supporting each other... 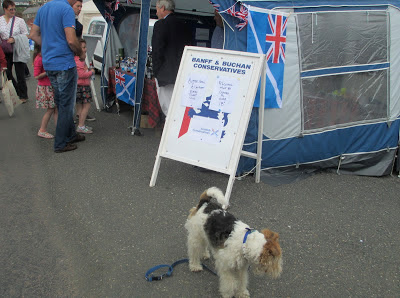 But then we came to more promising territory... 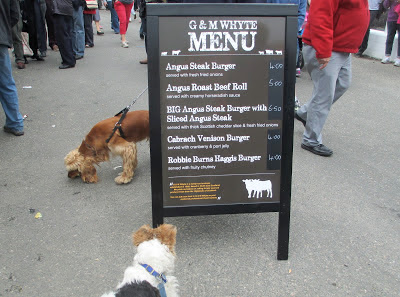 In the end, I felt quite at home 'cos in truth we saw more pups than boats. 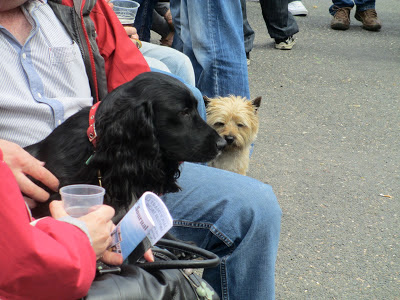 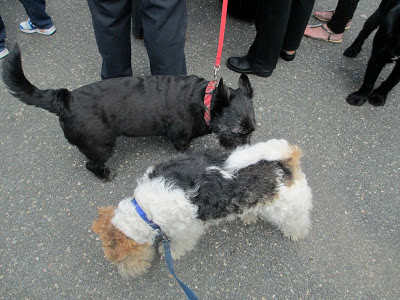 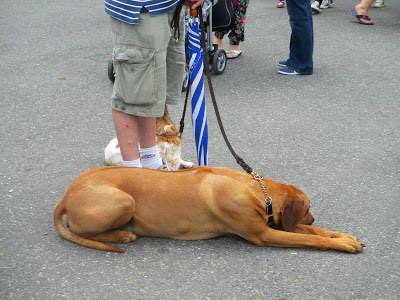 And the streets were filled with music. Here is a wee compilation. I wonder if you can tell which of these bands I really didn't like?
Posted by WFT Nobby at 09:39