A load of rubbish! 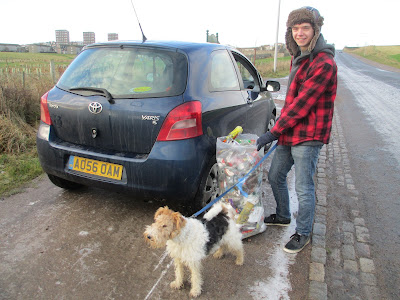 Have you heard of the Duke of Edinburgh Award scheme?

It aims to "give all young people the chance to develop skills for work and life, fulfil their potential and have a brighter future".

Now Gail is supposed to be supervising Gregor, a young lad who lives on our street, and who has, for his Duke of Edinburgh community service project, undertaken to devote an hour every Sunday morning to picking up litter in an area of Aberdeen near to the North Sea shore.

Well up to now he has been just emailing Gail photos as proof of his endeavours, but last Sunday I persuaded her that we really should go along and see for ourselves what he's been up to.

It has to be said that standing around watching someone pick up litter is pretty dull work, so Gail and I joined Gregor's parents plus Bonnie and Jack for a brisk walk around the lighthouse whilst Gregor got on with his task. 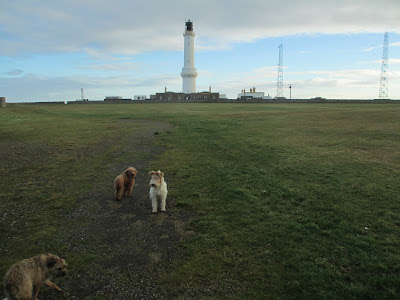 When we returned we found Gregor had been busy. 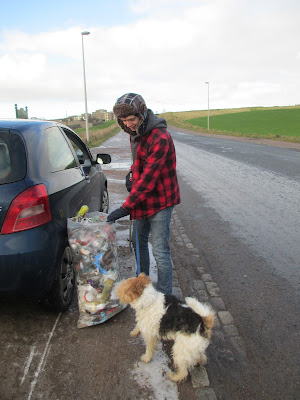 Gail delegated the job of sniffing out the contents of the rubbish bag to the acknowledged expert. 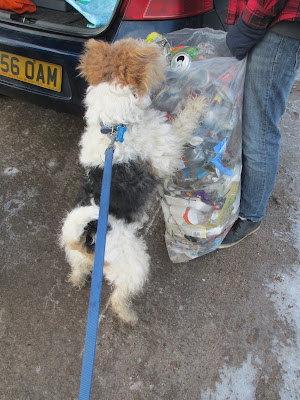 I confess I was a bit disappointed not to detect any decomposing seagull, or left over fish suppers.

There were quite a few beer cans (remember we are in Scotland) and these could be recycled. 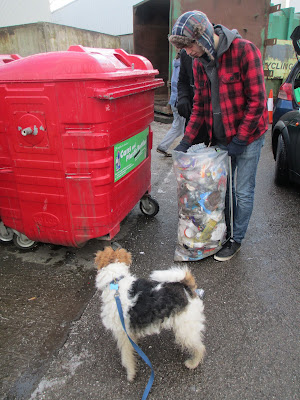 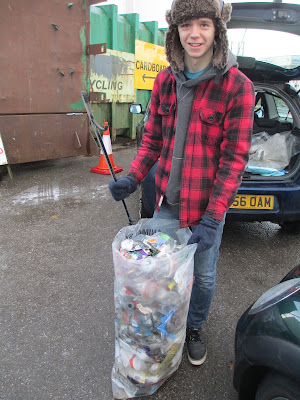 It was a chilly day and I expect you have been admiring Gregor's splendid hat.

I must admit, I had been rather hoping that Gregor would bring along his lovely Norwegian friend Aurora to help, as I knew from earlier photos that she had joined him one previous time when she was over on a visit. 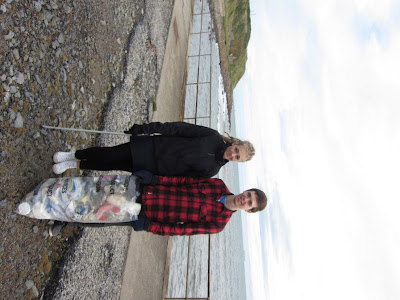 But sadly Aurora was back home on the other side of the North Sea, and today it was just Gregor. I do hope you will all join me in congratulating him on his dedication to cleaning up our environment.

Oh and I am now waiting with eager anticipation for my invite to join Gregor on one of those exciting overnight adventures involving long hikes and camping out in the mountains, as I believe these are also an essential part of the DofE award programme.

I would be such an asset, after all.