"More irritating than the midges" 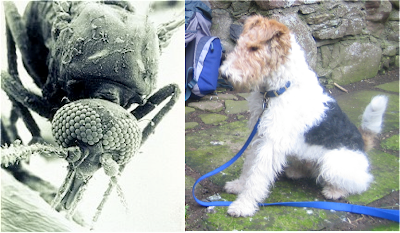 Yes. I know you won't believe it, but that's how Gail's friend Michael described me last night.

You will want to hear my side of the story, I'm sure.

You know how exciting it is when you have visitors. This week Michael and his two grandsons are here in Aberdeen for a wee holiday. I was instantly attracted to Michael. He's one of those humans who insists on wearing shorts and sandals all the time in the summer, even in Scotland! It's rare I get the opportunity to lick so much exposed human flesh. Irresistible.

Surely, he should find it flattering that I pay him so much attention? But apparently not. 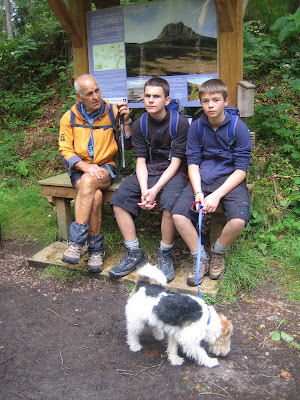 We all went out for a hillwalk yesterday.

Once we escaped the midges in the trees at the bottom, we were having a fantastic time. Well at least until we reached the summit. 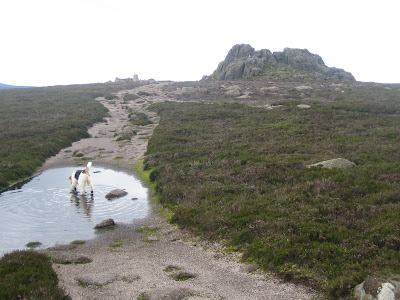 Michael and the boys climbed up the rocks to the very top to eat their lunch. 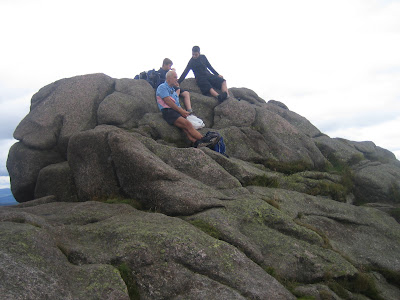 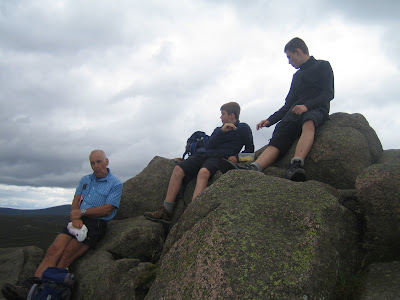 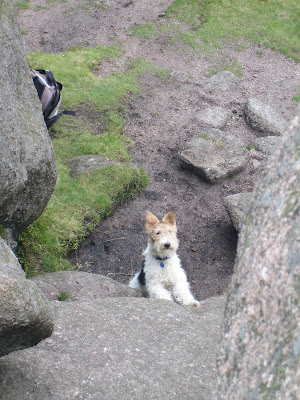 It seems that Michael and the boys are too selfish to share their picnic.
I can tell you, when we came to some more rocks, Michael was VERY LUCKY I did not push him off.... 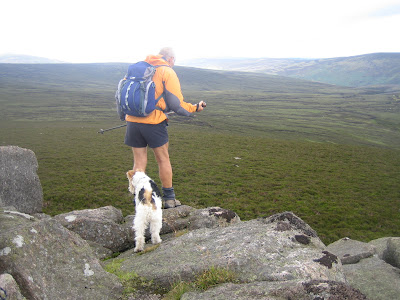 And bearing in mind what he said about me and midges later, I wish I had!
(Gail says I should be grateful to be taken on such interesting outings, and need to learn that not all humans are fond of having their legs licked and their sandwiches nicked. But that can't be right, surely?)
Posted by WFT Nobby at 09:54