Gail shows me her holiday snaps

So Gail asked me if I would like to see some photos from her Newfoundland holiday.

To be honest, I was in two minds. I mean, why not rub it in Gail, that you were over the other side of the Pond, gallivanting with your friends, while I was stuck in prison 'my special vacation residence'.

Then she told me that she saw some statues of dogs, and I decided I was at least a teeny bit interested after all. 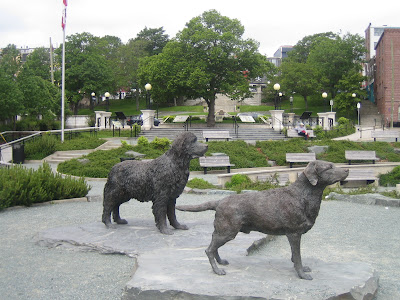 But first I was anxious to find out more about her travel companions, Marse, David and Jody, and most relieved to learn that they are all dog owners too, so must be a good influence.
Marse, pictured below, lives in Tacoma, Washington State with Liddy, a part-corgi part-Tibetan spaniel, and Boo, a border collie who, as a tiny puppy, was rescued from a locked mail box by Marse and her Cuban sister-in-law (hence Boo, from buzón, Spanish for mail box).
And David (Marse's youngest brother) and his wife Jody share their life in Austin Texas with a mellow Australian Shepherd, Jessy.
I can see from the pictures that there were lots of interesting places in Newfoundland where Liddy, Boo, Jessy and I could have thoroughly enjoyed exploring, had we not all been left at home. Or in our 'special vacation residences'. 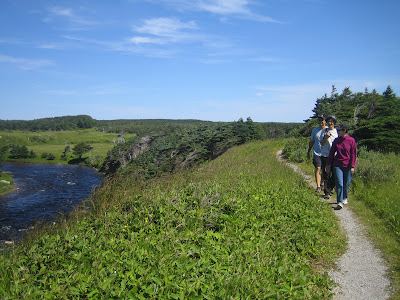 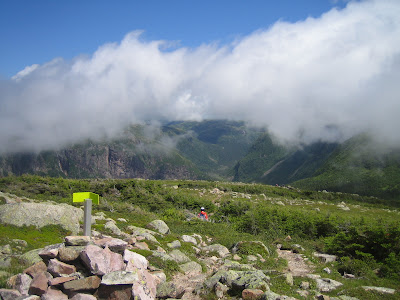 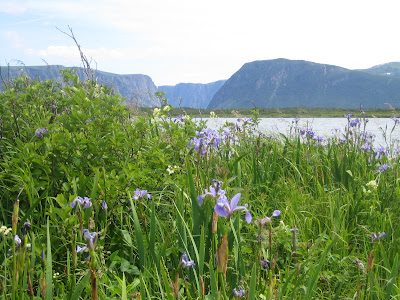 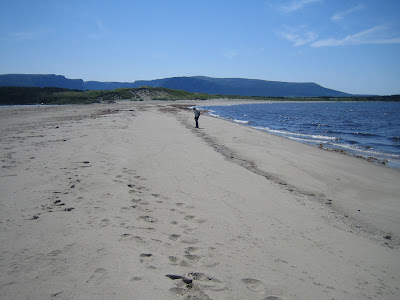 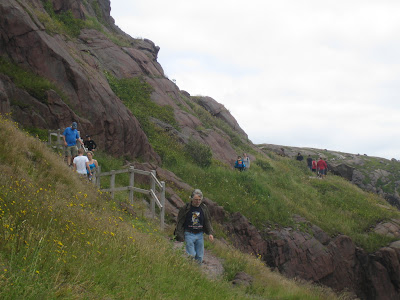 I would not have minded at all that the ground was so swampy the trails through the forest were mostly on boardwalks. 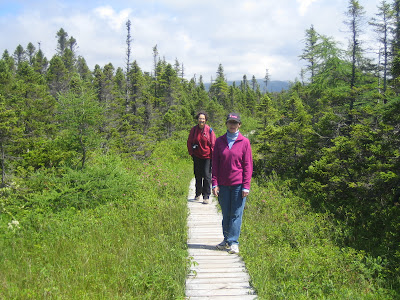 The houses in St Johns looked so colourful on the outside 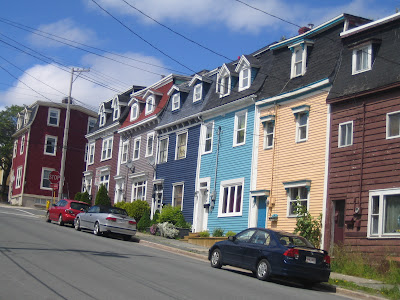 And dog-friendly, surely, on the inside. 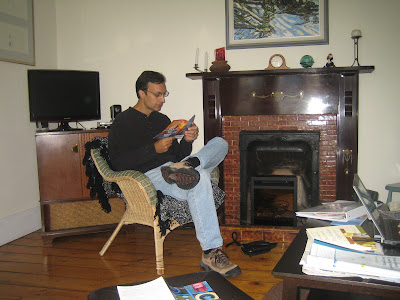 It would also have been nice to have met all Marse and David's relatives (their mother came from Newfoundland).  Here are Aunt Frieda and Uncle Dan in Corner Brook. 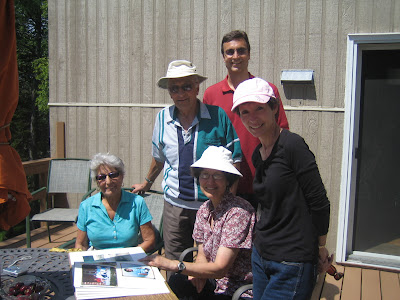 Aunt Frieda won this year's local downhill ski race (over eighties category) and is president of the Scottish Country Dancing Club!
Oh and if only I had been there to appreciate Gail's lecture on the Table Lands Ophiolite Zone, where the serpentinised peridotite rock from the earth's mantle is exposed at the surface. It is not clear from the photo that Gail's American friends were all that enraptured by this rare geological occurrence. 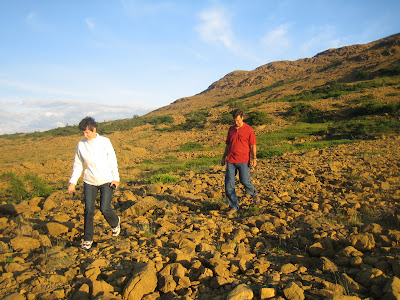 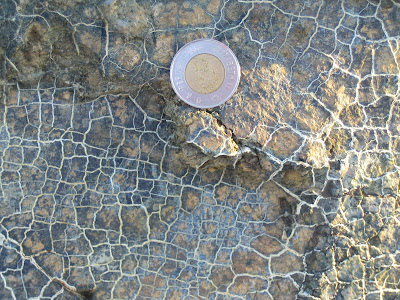 I learn that in Newfoundland you are never far from water (which I, as a terrier, have mixed feelings about.) 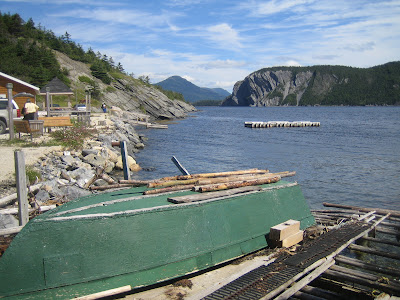 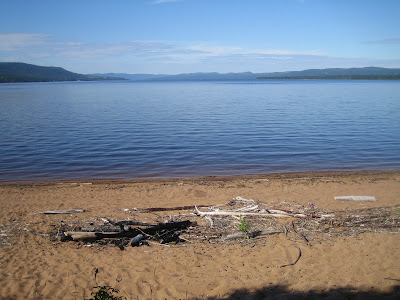 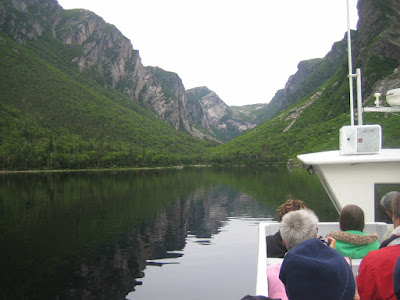 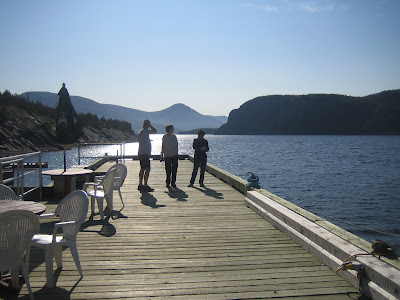 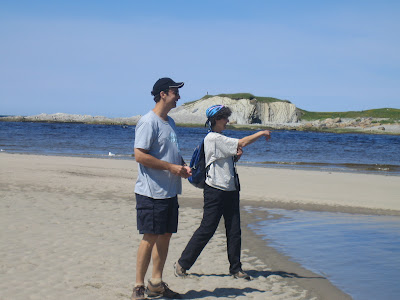 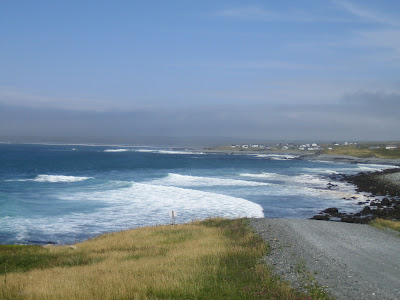 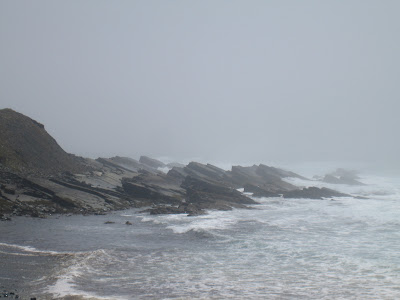 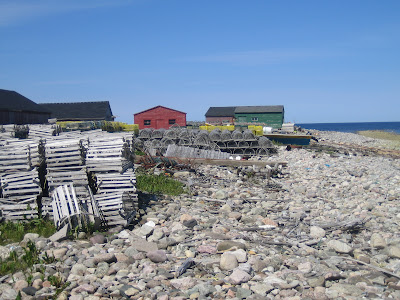 You are never far from a moose either. 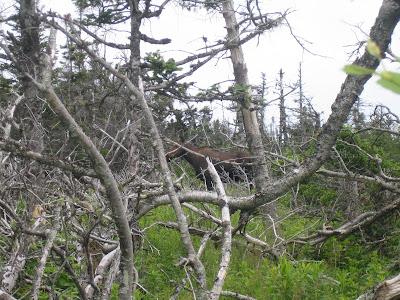 Gail says it wasn't like 'The Shipping News' after all. Apart from the fact that the local radio station did spend a lot of time talking about car wrecks...
Finally friends, can you help me with this one, please? Supposedly there is something amusing about the changing uses of this building on George Street, St Johns. Beats me though. Perhaps if you biggify it you will be able to tell me the joke? 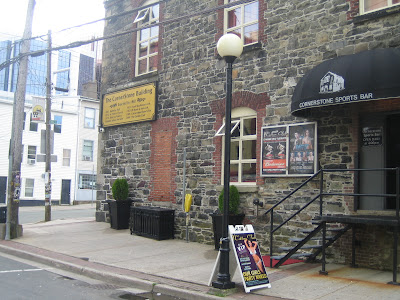