I'm telling you I was totally spark out when we arrived in Mainz in Germany yesterday  evening after two days of non stop train and ferry. I would have been happy to rest in the hotel room (especially since it was raining the proverbial) but the man at reception had gone to the trouble of finding a nice "hundefreundlich" local restaurant for Gail and she insisted it would be rude if I didn't join her. 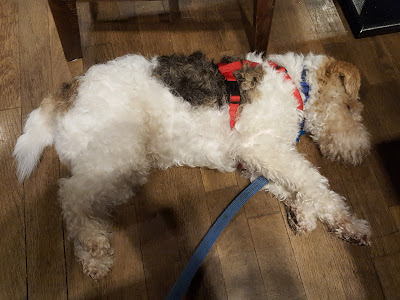 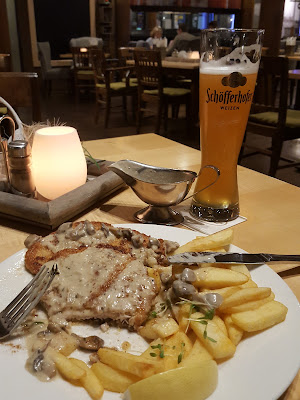 So the day before we had had a soggy walk across London from St Pancras station to Liverpool Street. 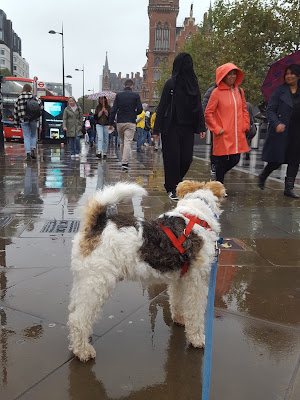 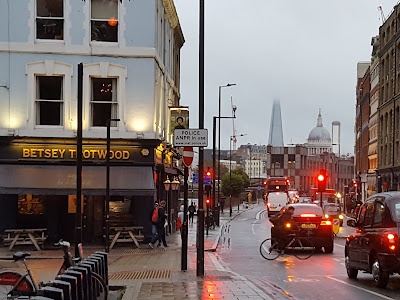 Then  the overnight ferry across the wet (obvs) North Sea, 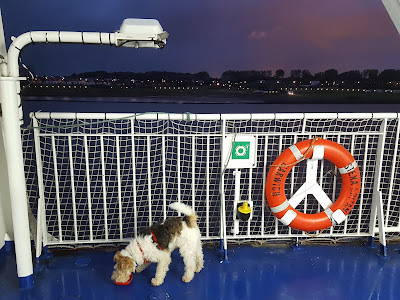 Followed by a damp interlude between trains in Utrecht, 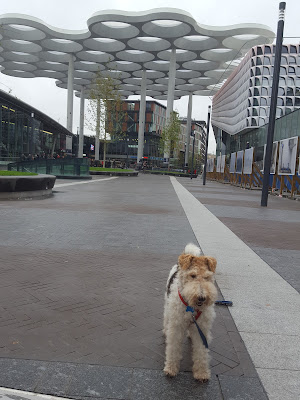 And a scenic but rain splattered view of the Rhine Gorge from the train window. 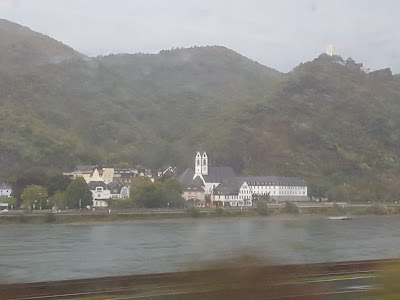 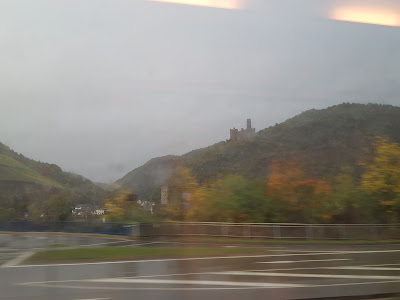 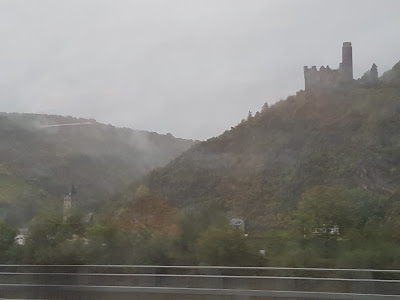 Let's hope the sun puts in an appearance when we reach our final destination at Michael and Renate's home in Bavaria later today...