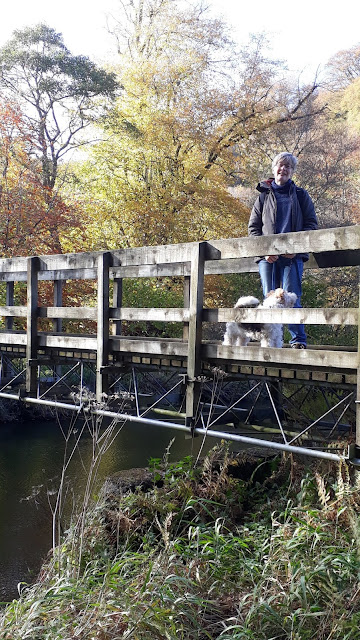 Gosh I want to say a huge THANK YOU to Gail's friend Carol.

After all, without her intervention, it is quite possible that I would have ended up spending all of Saturday inside, watching Gail watching replays of a certain Rugby World Cup Semi-Final* on her laptop, and missing the opportunity of a fine walk around the Braes of Gight in the late October sunshine.

But fortunately Carol had earlier in the week suggested an outing to this lovely corner of Aberdeenshire, and held Gail to the plan. So late morning, after the rugby game had finished, we drove out to Methlick and then spent a magical few hours exploring the ancient woodland along the banks of the River Ythan. The humans even claim to have spotted an otter casually gliding down the middle of the river while we were all enjoying our picnic lunch (I'll admit I was too busy chewing my pig's ear to notice it). 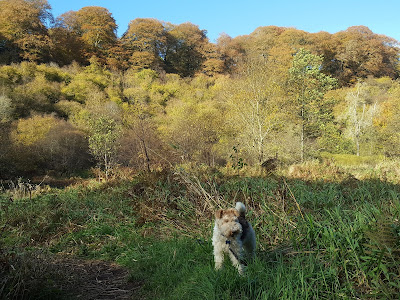 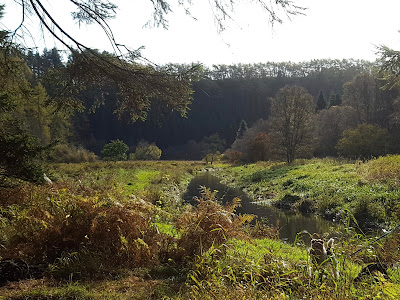 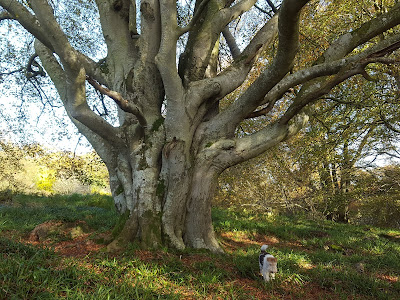 I'm not saying that Gail resisted turning on the rugby highlights again when we got home...