Beaches and cliffs, then ruined priory or cake?

Gosh, where to begin? 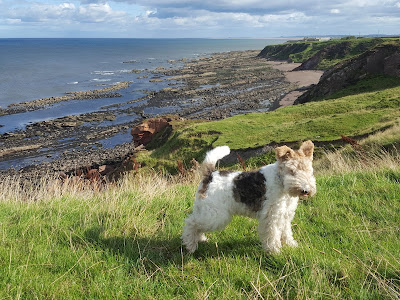 Gail and I have just returned from a truly splendiferous few days spent exploring the Northumberland coast with our Nottingham-based friends Janet and Sue.

(Geography note: Northumberland, in the northeast corner of England, is conveniently situated about half way between Nottingham and Aberdeen.)

Shall I first show you some of the beaches? There aren't many places in crowded little England that offer such open and expansive vistas. 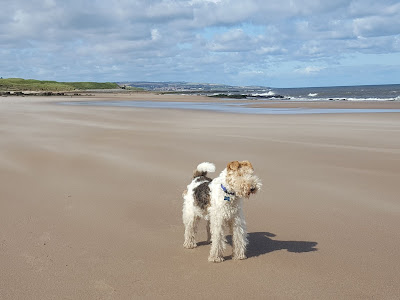 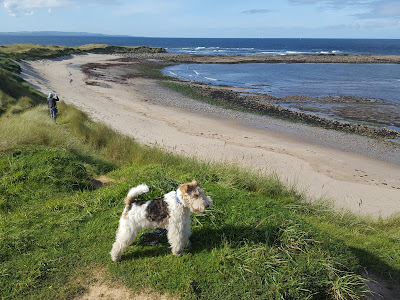 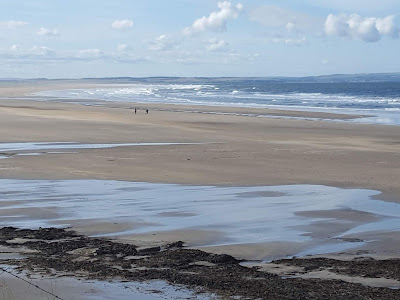 If you like your seaside with a touch more human activity, then Coldingham Bay, just across the border in Scotland, might be the place for you. 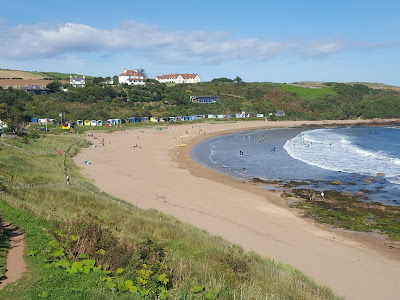 I'll admit that, while Janet was striding ahead, Sue and I slowed down a little to consider which of the pretty painted beach huts we'd like to adopt. 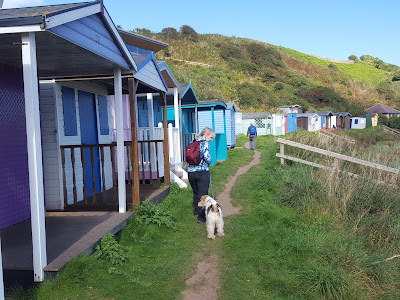 Of course, when with Gail, you always end up visiting places of geological interest too. 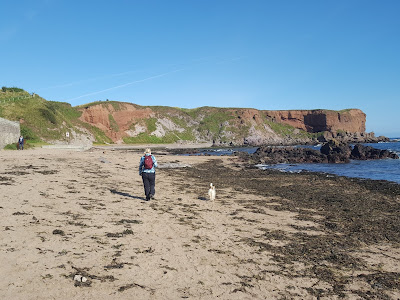 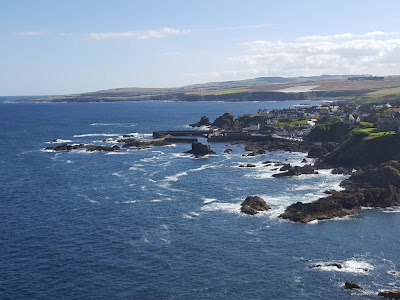 I'm sure you've already spotted the St Abbs Head fault line, separating volcanic rocks of eastern headland from the Devonian and Silurian sediments to the landward side (!) 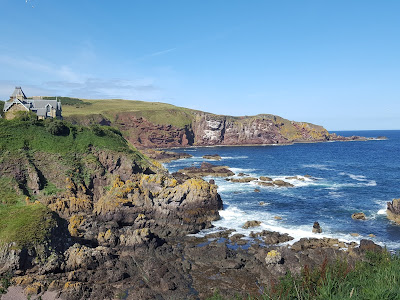 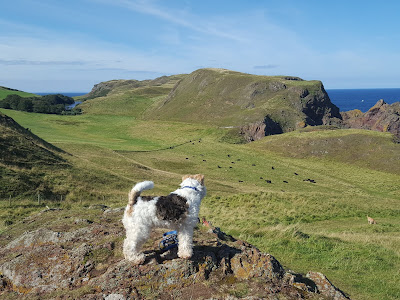 It's not so often that Gail and I head for religious sites, but one has to say that the Holy Isle of Lindisfarne, an important centre of early Christianity in England and only reachable via a tidal causeway, has a very, very special atmosphere all of its own. 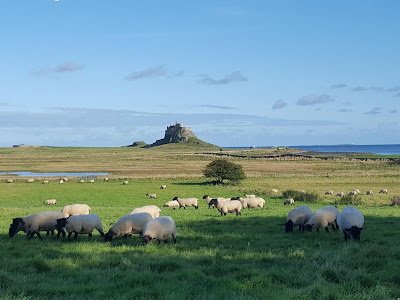 I have promised not to let on that, after spending much of the afternoon wandering around the nature reserve in the north of Holy Isle, Gail and her philistine friends prioritised tea and cake (generous slices of Victoria sponge served with strawberries and cream). So our little group failed to make it to the ruins of the 12th century priory and adjacent museum until after the gates were closed for the day, and had to settle for taking photos from behind the fence. 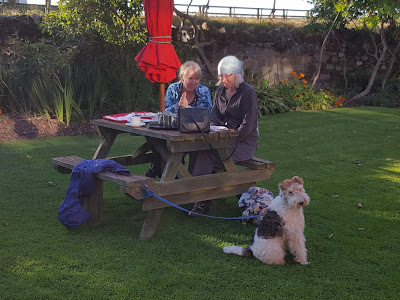 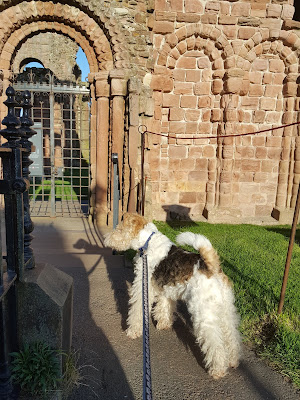 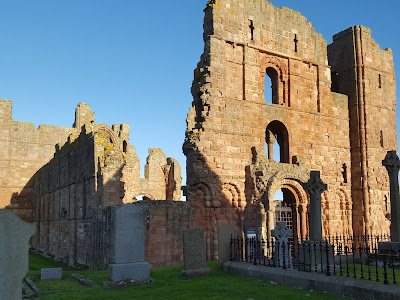 Still, we did all have a fabulous time overall, and massive thanks to Janet for organising our accommodation in Berwick-upon-Tweed and planning such splendid outings. I want you to know that I walked at least twenty-five miles over the course of the weekend. I might be slowing down a bit but there is life in the old dog yet! 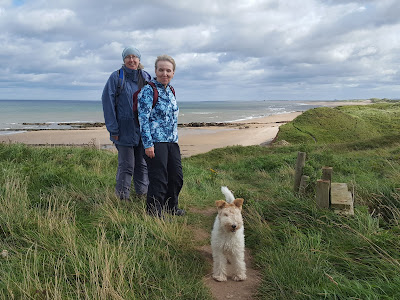