It's been a while since Gail took me to Balmedie Country Park, so I was delighted when she suggested we go there for a Saturday afternoon walk. 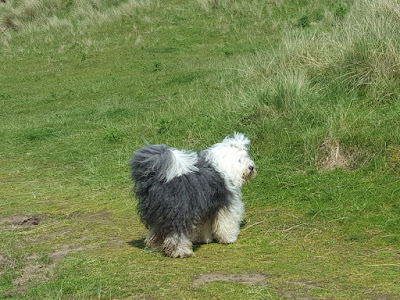 We weren't far from the car park when I spotted this very fluffy lady. 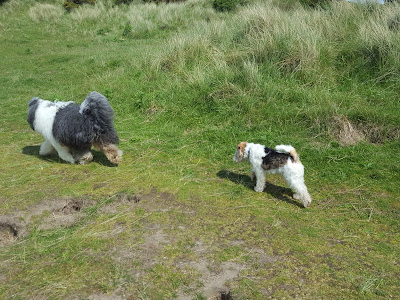 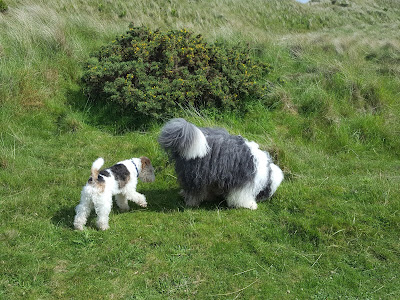 I was just about to get up close and personal when we were interrupted by her male companion and I remembered that discretion is the better part of valour. 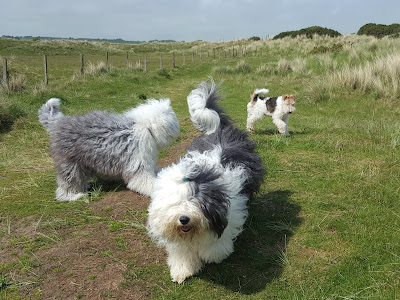 Gail had a nice chat with their owner and learned that Heidi and Boris are show dogs (they've even been to Crufts), that Heidi comes from Switzerland, and that yes, preparing an Old English Sheepdog for showing is a time consuming business (who knew?) 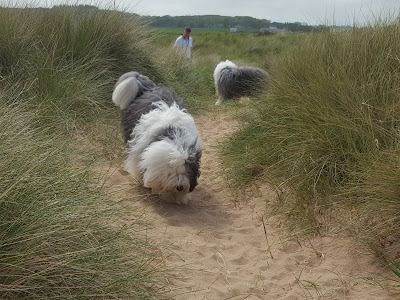 We parted ways when we reached the sand dunes, but a few minutes later my new friends appeared again in the distance. 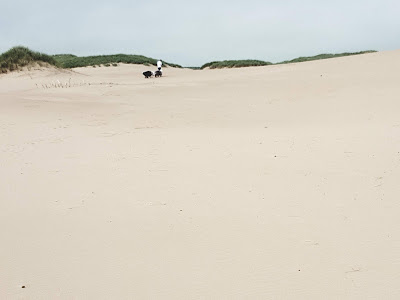 Boris came barrelling over, but was called back before we had a chance to make further acquaintance. 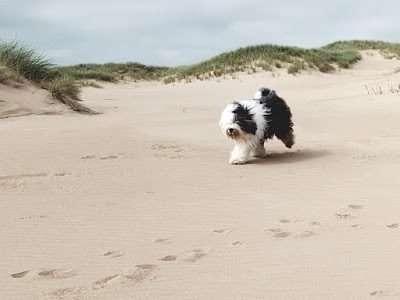 Heading towards the beach, I traversed the remains of a fence, apparently built to secure the perimeter of the Trump International Golf Course. 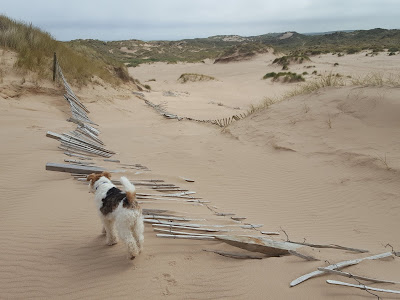 Gosh, and I thought this Trump chap was supposed to be something of an expert in wall building. Looks like he needs more practice. Or maybe not... 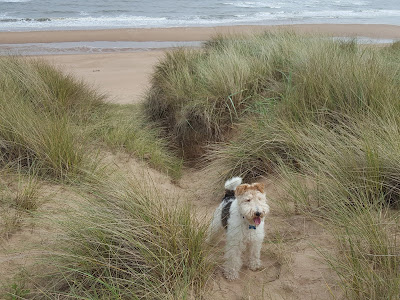 Meanwhile, Gail and I are wondering if my new pal, Old English Sheepdog Boris, will soon be seeking a name change... 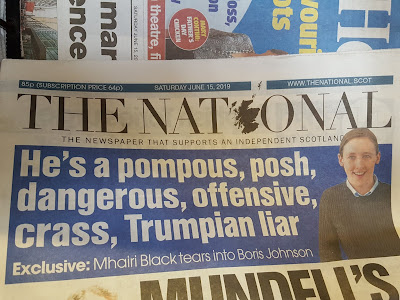